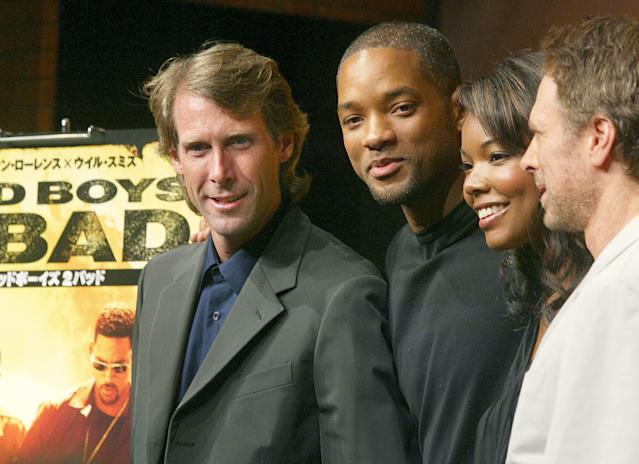 Will Smith attacked the stage last Sunday and “smacked the s***” out of Chris Rock, according to the comedian-presenter. Michael Bay was not watching the Oscars live.

However, due of their shared history, the director and producer famed for mega-action pictures (called “Bayhem”) was rapidly inundated with texts.

Bay made his directorial debut with the Will Smith-Martin Lawrence action comedy Bad Boys, and then directed its 2003 sequel Bad Boys II, before going on to direct films like The Rock, Armageddon, Pearl Harbor, and Transformers.

“First and foremost, it’s wrong to begin with,” Bay says while promoting his latest action film, Ambulance, about a bank heist gone bad (watch above). “However, that is all that is being discussed.” And it makes no difference to me. Hollywood has a tendency to be quite self-absorbed. In Ukraine, babies are being blown up right now. That’s something we should be discussing.”

According to UNICEF, more than 100 children have perished since Russia invaded Ukraine.

Bay did endorse Smith, who Bad Boys helped transform into one of the world’s biggest stars — and whose reputation as one of Hollywood’s nicest guys has suffered as a result of his assault on Rock.

“I’ve worked with him, he’s not that guy,” Bay recalls, adding that he, like many others, mistook the slap for a joke until he noticed Smith yelling at Rock from his seat. “That’s the first time I’ve ever seen him lose his cool like that.” I assumed it was staged because I noticed Will’s smirk, and I’ve been on set when he plays games with others.

“Listen, it was a slap,” she said. It wasn’t a punch, either. He’s trained in combat and is really excellent at it… However, it is incorrect to begin with.”

Ambulance will be released in theaters on April 8th.