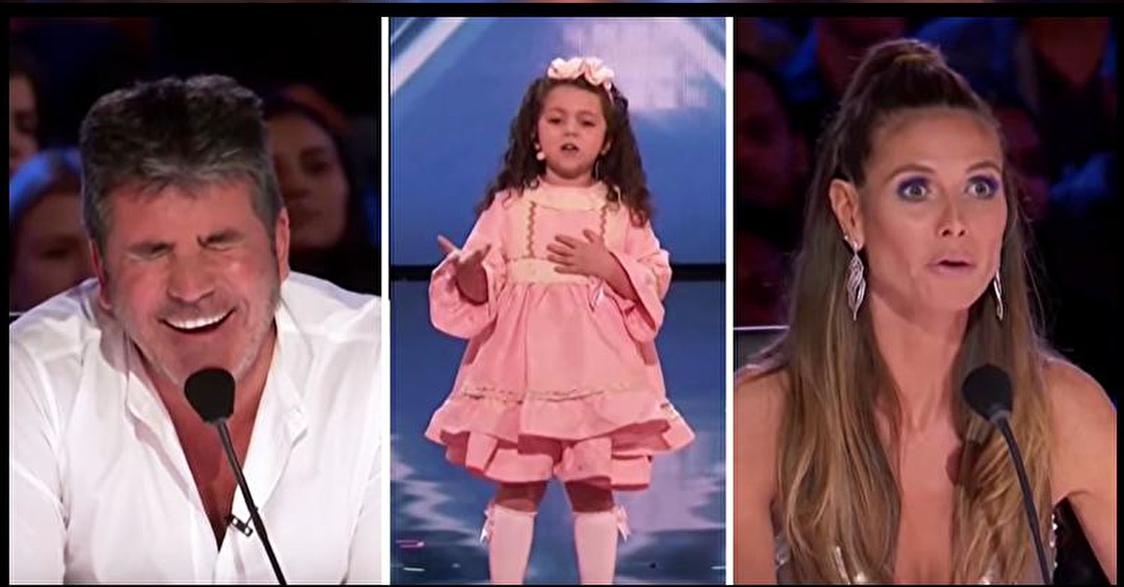 Sophie’s allure caught everyone off guard, even Simon Cowell, a famously tough judge, who fell out laughing as she walked in. When Sophie Fatu began singing, however, those expectations shifted.

Sophie Fatu, a little musical prodigy, is stealing hearts with her incredible singing ability. America first became aware of this stunning young lady when she appeared on the popular talent show America’s Got Talent. Of course, given her age, the judges were skeptical that such a powerful voice could come from such a small person.

When Simon Cowell, the hardest judge on the show, saw Sophie come, he burst out laughing. But, just a few moments later, she left him speechless.

Sophie chose “My Way” by Frank Sinatra, despite the fact that she was only 5 years old at the time. She not only sang it flawlessly without missing a note or skipping a word, but she also employed motions and raised her hands as she reached the high tones.

Needless to say, the four judges who were enthralled by her talent gave her four yeses. “Sophie, you are funny, I want you to date my son,” Simon said, as the audience erupted in laughter. “He’s just split with his girlfriend, so I’m going to have to make an introduction because he’s going to love you,” he said.

Sophie, on the other hand, was paying close attention and was taken aback by her favorite judge’s statements.

Sophie was unanimously voted the cutest 5-year-old to ever walk that platform, and we couldn’t agree more.