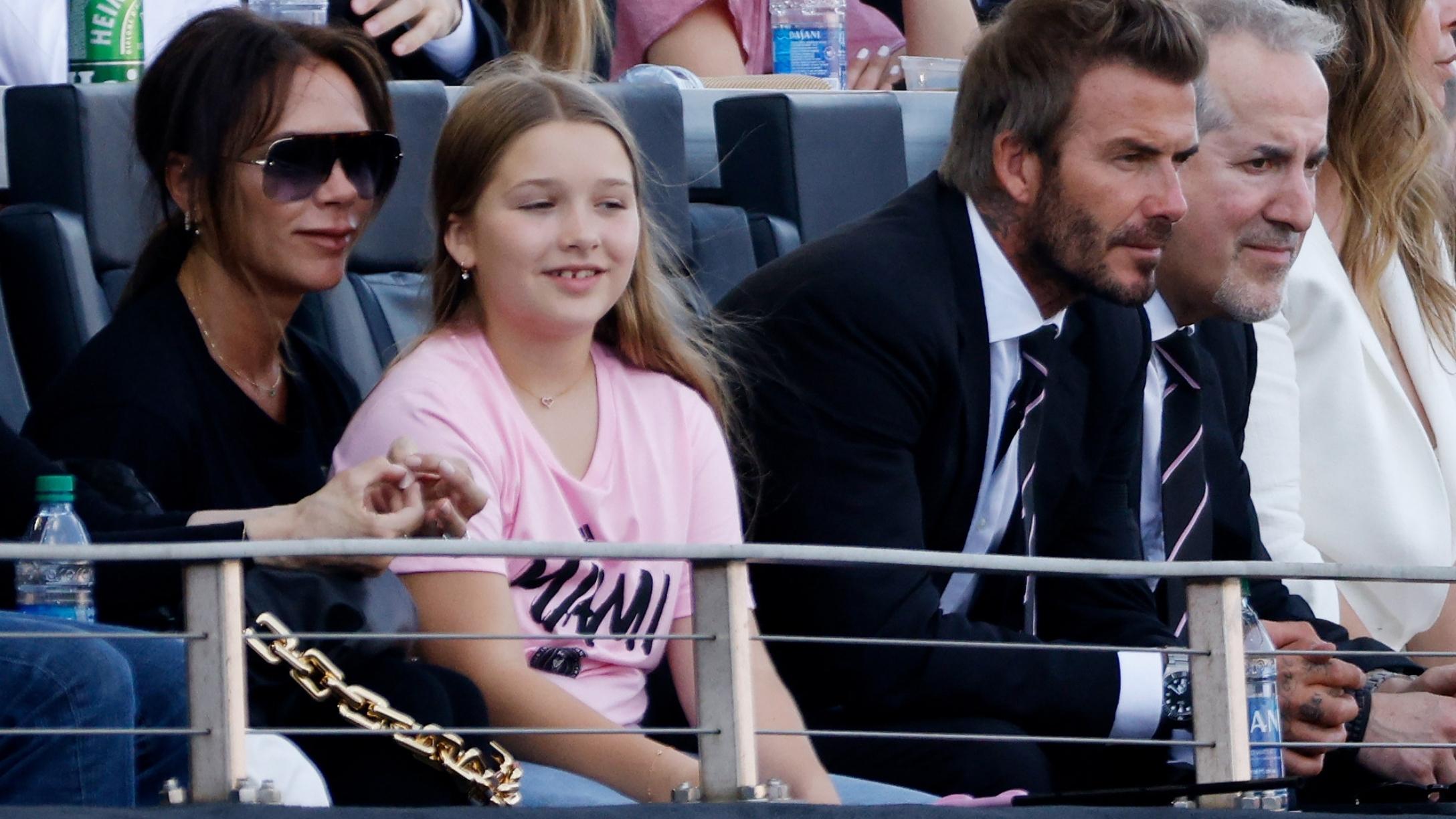 In late February, David and Victoria Beckham’s house in West London was broken into, while they and their 10-year-old daughter were there.

After the strange incident, the couple is relieved that their family is safe. David and Victoria, as well as Harper, the 10-year-old, were all at home. When a masked attacker broke into their home through a second-floor spare bedroom window, all three members of the family were sound asleep.

Cruz, 17, went home later that evening from a night out with his mates to find something was wrong. He awoke David when he noticed broken glass on the bedroom floor. Together, they phoned the cops and had the property examined, while Victoria remained safe inside with Harper.

The intruder, according to police, used a sophisticated method to get into and out of the house undetected. He walked away with tens of thousands of dollars worth of fancy clothing and equipment.

“Unfortunately, the Beckhams were targeted by some quite competent thieves operating in the neighborhood,” a source told The Sun.

“Thankfully, the crooks only got as far as one bedroom before fleeing.”

“The house’s security is excellent, both physically and technically,” the person said.

“The burglars had smashed a window and dashed back out of the same one with a minor amount of valuables. Fortunately, none of them held a lot of sentimental importance for the family.”

The incident’s CCTV footage is being investigated by police.

“The intruder is alleged to have climbed over the gate at the front of the residence,” the source stated.

“He then shimmed his way up the house, breaking in through a window in a spare bedroom.”

A handful of Cruz’s pals were also claimed to have come inside with him when he discovered the evidence of the break-in, according to the source.

“He instantly hurried to alert his father, and David searched the house to see if the burglar was still on the premises.”

While everything worked out in the end, the tragedy has left the family in a state of shock.

“What had transpired had clearly shattered the family. The fact that the thief had broken into the house when they were at home was extremely upsetting to them.”

In addition, the family has had to beef up security at their Cotswold house. In recent years, there have been two break-ins. Following this event, they had the security of the London mansion reviewed. The forensic assessment took place the day after the break-in, on March 1.

The burglar also broke into a neighboring house, but it was empty. He went to a third house on an adjacent street but couldn’t get in.

“Police were summoned to complaints of a burglary at a domestic residence in the W11 district of Kensington at 00.37 hours on Tuesday, March 1,” a Metropolitan Police spokeswoman said in a statement.

“On Monday, February 28, between 20.30 and 23.30, the burglary is thought to have occurred. Several goods have been reported stolen. There have been no arrests. The investigation is still ongoing.”

“The investigation is still ongoing. Police suspect a neighboring property was forced open, and an attempt was made to gain access to another “The nearby attempts, according to the spokeswoman.

“From the first address, nothing is thought to have been stolen.”