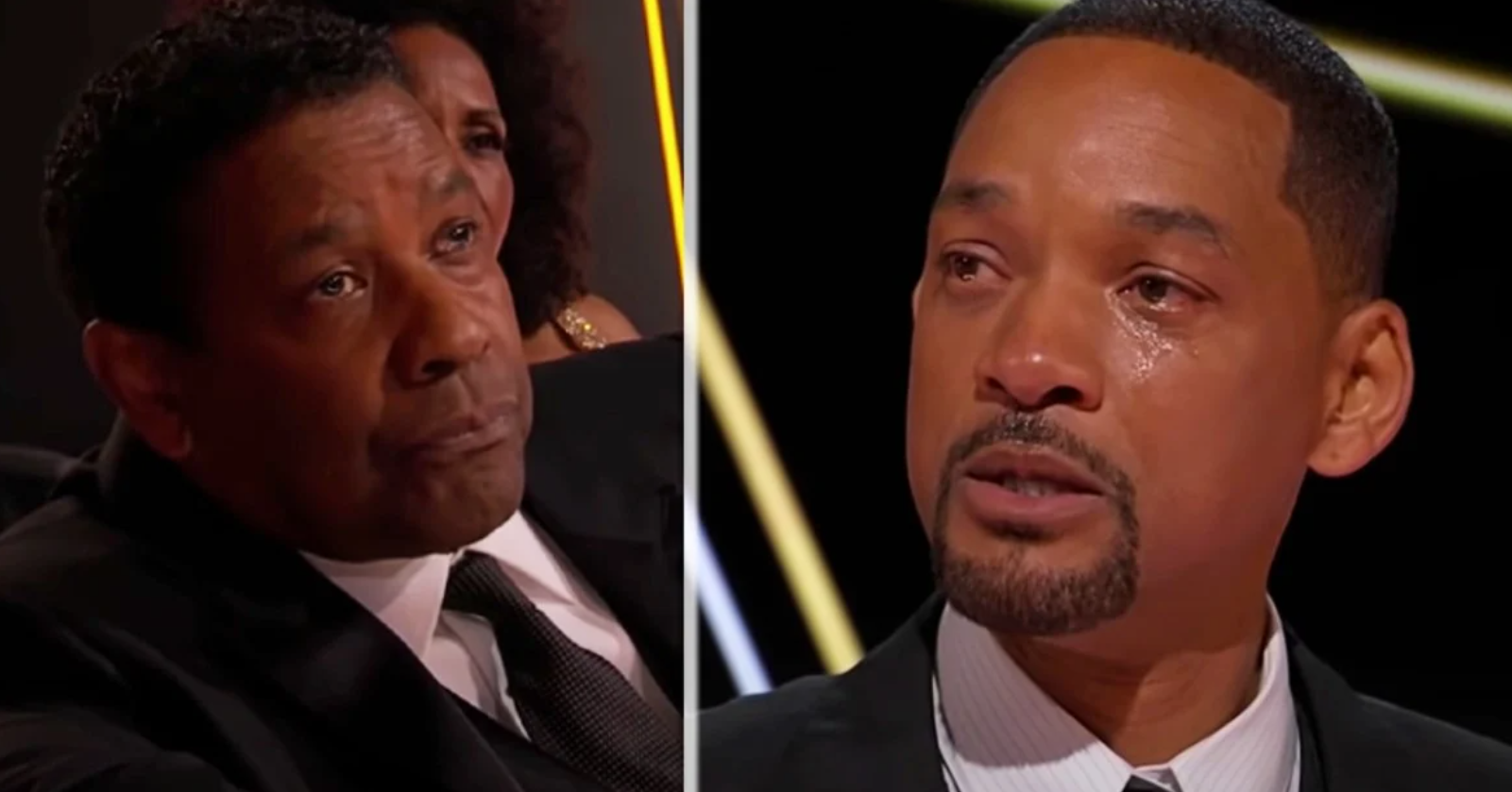 After the Oscars telecast in 2022, Will Smith’s slap of Chris Rock became a significant issue of conversation. However, Denzel Washington’s admonition to Will in the aftermath of the sad tragedy has some significant implications for all of us. This is the kind of friend we all need in our corner when things get rough!

On March 27, 2022, the 94th Academy Awards presentation was a great night for a lot of people. And it was a big night for Will Smith, who took home the Oscar for Best Actor for his role as Richard Williams, the father of tennis legends Venus and Serena Williams, in the film King Richard. Will had already won multiple honors for both his music and acting careers, but this was his first Oscar.

Unfortunately, shortly before Will Smith collected the award, an on-camera incident between Will Smith and Oscars 2022 host Chris Rock occurred, overshadowing what should have been a celebratory occasion.

As a variety of celebrities take the stage to deliver the various prizes, their remarks almost always incorporate some form of satire. In addition, the Oscars have taken on a roast-like atmosphere.

The jokes, on the other hand, can range from fairly harmless to really sarcastic, with everything in between. And it begs the question, “How far is too far?” with this style of humor.

This appears to be the catalyst for the 2022 Oscars televised slap incident involving Will Smith.

Chris Rock, who is hosting the Oscars in 2022, made a joke about Will Smith’s wife, Jada Pinkett Smith, shaving her head.

Chris Rock responded with, “That was a lovely one,” indicating that he thought this was a harmless joke. Will Smith originally laughed off the remark. After his wife’s reaction, however, everything changed.

The remark was definitely not amusing to Jada Pinkett Smith. Her shaved head isn’t a fashion statement or a stunt for an upcoming film; it’s the outcome of a medical problem.

Jada Pinkett Smith was diagnosed with alopecia, a hair loss disorder, in 2018. While male baldness is quite prevalent and tolerated in today’s culture, the same cannot be said for female baldness. As a result, a woman’s hair loss can be humiliating and emotionally upsetting.

Jada has made her diagnosis public and has accepted it by shaving her head. “Me and this alopecia, we’re going to be friends,” she says, trying to make the best of an ailment she can’t manage.

But that doesn’t mean she’s immune to the anxieties, doubts, and insecurities that come with losing one’s hair. So it’s evident that Chris Rock’s joke about her shorn head hit a chord. What occurred after that astounded everyone.

Will Smith stormed the stage and slapped Oscars 2022 host Chris Rock in an unexpected act. He then returned to his seat, evidently enraged, and yelled at the host, profanely, to keep his wife’s name out of his mouth.

Chris Rock shrugged off the incident and went on with his lecture. However, everyone was taken aback by the unexpected altercation.

While the actor’s slap may have been an attempt to defend his wife, violence is not the appropriate response. Will was in a dark place at the time. And it’s critical that we have a strong support system in place at these times.

During a commercial break, Denzel Washington and Tyler Perry approached Will and had a brief conversation with him. And their intervention, as evidenced by Will Smith’s sobbing winning speech, appears to have had an effect on him.

When Will Smith took the stage to accept the Academy Award for Best Actor, he mentioned Richard Williams, who played him in the film King Richard, as a strong defender of his family. Will’s words seem to imply that his attack on Chris Rock was motivated by a desire to defend and protect his wife. However, most people would agree that the scenario did not deserve any type of physical violence.

While only God knows a man’s heart, Will Smith appeared to be remorseful after slapping Chris Rock. And if Will honestly thinks, as he stated in his speech, that God is calling him to be a light in the world, he understands that lashing out with violence does not accomplish that goal. Will recalled Denzel Washington’s Scripture-inspired words of advice.

“Be careful when you’re at your most vulnerable, because that’s when the devil comes for you,” Denzel warned.

Denzel’s words are similar to those found in 1 Peter 5:8:

“Be sober, be careful; for your enemy, the devil, walks around like a roaring lion, seeking whoever he may devour.”

What sound advice. This is the kind of ally we all need in our corner when we wander from the path. Someone who is there to keep us accountable and guide us back to God’s truth rather than to disgrace us.