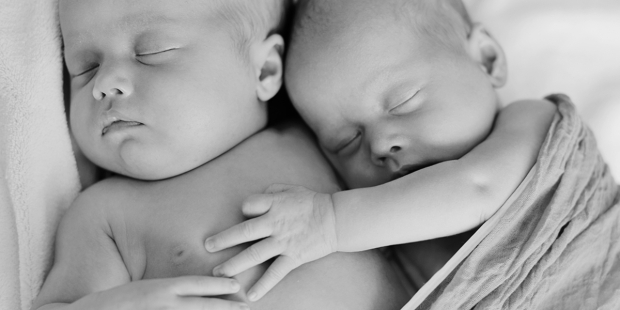 These twins demonstrate the true power of love.

Hannah Zimunya was brought to the hospital when she went into labor suddenly at 25 weeks pregnant with twins, but she gave birth two days later. Hannah and her husband Xavi welcomed two small newborn boys into the world: Dylan, who weighed 2 pounds, and Deiniol, who weighed 1 pound 9 ounces. Dylan began to flourish while both boys were brought to a newborn ward at a hospital in Bolton, England, and was transferred to another hospital in Wrexham, approximately 60 miles away.

Deiniol’s health began to deteriorate when his older sibling gone. The little infant required 100 percent oxygen to be alive, but 14 weeks after his birth, physicians began to fear that his condition might deteriorate to the point of death. As a result, Dylan returned to the hospital to bid his twin brother farewell. The reunion with his sibling began to have an effect when they were placed in the same incubator.

Even though the boys just spent five minutes together, Deiniol’s condition appeared to be improving hours later, and he only required 50% oxygen. With his brother no longer by his side, Deiniol quickly found himself in need of a 100 percent oxygen supply. They returned Dylan to his brother, and Deiniol was removed off his ventilator totally just two days later. “It was just miraculous. With a hug, he saved his life. His mother told the BBC, “It was amazing to witness and it showed all of us that they should never have been separated.”

The boys spent the next two months at the Bolton hospital together. Dylan left the hospital in January this year after giving his brother a healthy dose of sibling love, and Deiniol went home four months later.

With their three older siblings, the twins just celebrated their first birthday. The newborn boys are doing well, though Deiniol still requires some oxygen until his lungs are completely developed.

Medical innovation has made it possible for such preterm newborns to have a shot at life. While medical studies cannot show that a twin embrace may save a life, the miracle of love can occasionally be that strong.