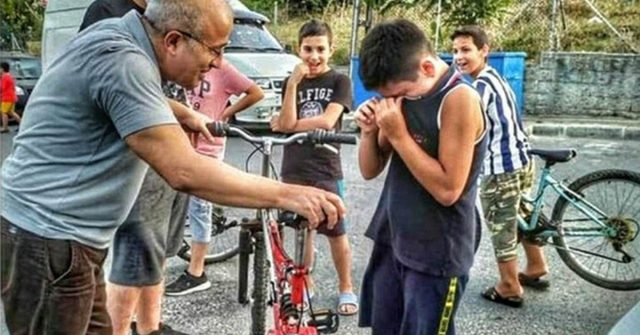 A little boy in Turkey was riding his bike with his buddies when his bike accidentally collided with a parked vehicle.

The boy’s bike’s brakes were damaged, but he continued to ride it so that he could continue to play with his pals. The lads anticipated the worst after striking the car; that an enraged owner would come outside and scream at them for what they had done.

However, when the vehicle’s compassionate owner came out to see what had occurred and heard their story, he refrained from screaming at them. He realized what had transpired was accidental, and that the child would not have struck his car if his bike’s brakes had worked. He forgave the youngster for the damage he had done to his automobile and went out and bought him a beautiful new bike instead. 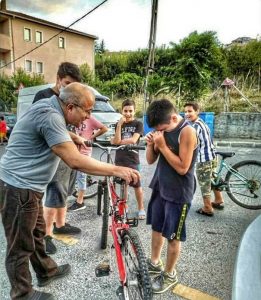 The small child began to cry as the compassionate guy handed him the bike, which was understandable. When children make errors, how often do they be shouted at instead of being handled with compassion and love?

Hundreds of thousands of people have complimented the automobile owner’s generosity on social media.

“I admire that this young man’s feelings are still intact. The best tears are those shed in happiness and gratitude. R.T. commented, “He’ll be paying this moment forward in his own maturity.”

“When I was around ten years old, I was at my Grandpa’s house in Serbia, where my family was training me how to ride a motorbike (more like a dirtbike). I panicked out as soon as I accelerated and headed straight towards the neighbor’s garage without slowing. I jumped off the dirtbike and rushed into his bathroom for two hours to hide and cry, leaving a huge hole in his garage. Fortunately, my grandfather was a handyman and had fixed the garage by the time I had stopped crying,” H.C. explained.

Chelsea wrote, “I adore this.”

“What a fine gentleman! This is something I’m sure this youngster will remember for the rest of his life. I’m sure it will have an impact on what he does as an adult,” Meg G. added.

We may grow lovely human beings by planting seeds of gentleness and compassion.