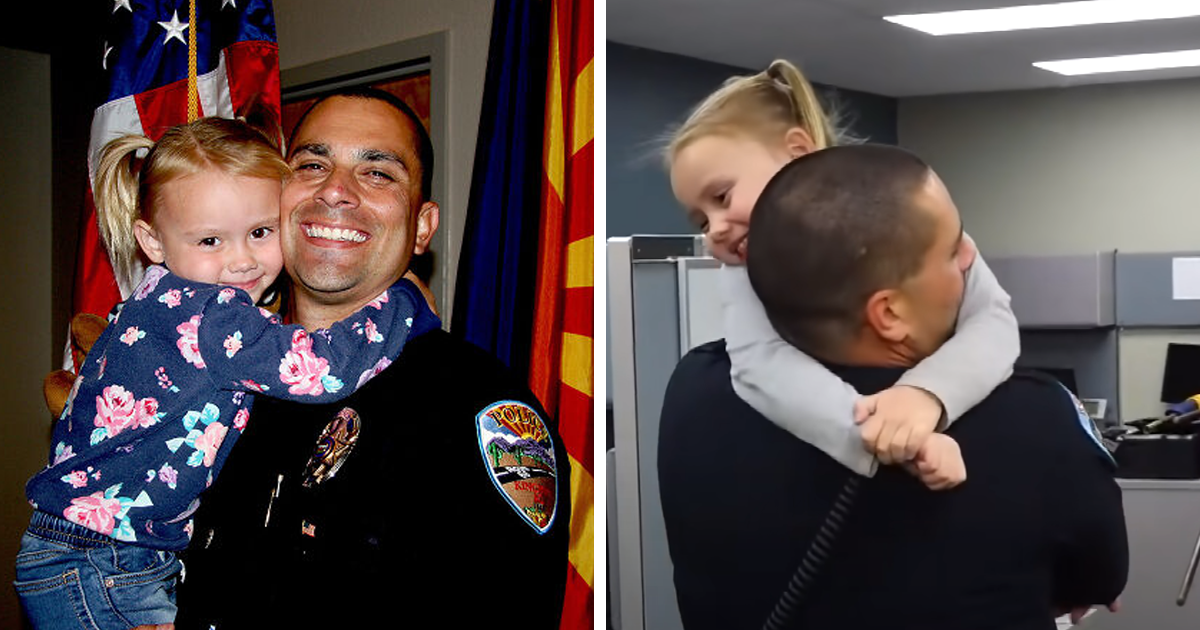 Brian Zach and his family provide a new start for a little girl who has been harmed by her caregivers. Officer Brian Zach had no idea when he went to work in March 2018 that he was going to transform a young girl’s life forever.

A lieutenant from the Kingman Police Department was dispatched to a residence where he discovered a child named Kaila who had been abused. In the evenings, the young girl got connected to Zach as they colored and ate together. Kaila was taken to the hospital for treatment of her many injuries, while Zach returned home and told his wife that he wanted to look after the little child.

While Kaila’s caretakers were being charged with her maltreatment, the father-of-two stated to GMA that there was no place for her with child protective services. So Zach and Cierra took advantage of the situation and welcomed Kaila into their house until a more permanent solution could be found.

“She came with a sippy cup, a bag of clothes that didn’t fit her, and that was it,” the kind officer explained. However, after a few days, she easily adjusted to life with the Zachs, and the Zachs were immediately dubbed “mom” and “dad.”

Kaila’s situation, however, remained uncertain for the family. “Each week, we didn’t know if she’d be returned to her original parents or how long we’d be able to keep her. Our mission was to cherish and care for this young baby as long as it was possible.”

Kaila, who is now four years old, became an official family member at Mohave County Superior Court in Lake Havasu City 30 months after the Zachs brought her into their home.

“Lt. Brian Zach’s devotion to public safety is mirrored in his commitment and love for Kaila,” Kingman Chief of Police Rusty Cooper told GMA. “Brian and Cierra are both fantastic parents. They are dedicated to helping others and to a cause larger than themselves.”

The Zachs are on a mission to assist other youngsters who are looking for a permanent home. The couple is attempting to persuade people to adopt by emphasizing how all of the work involved in the adoption process is “totally worth it.”