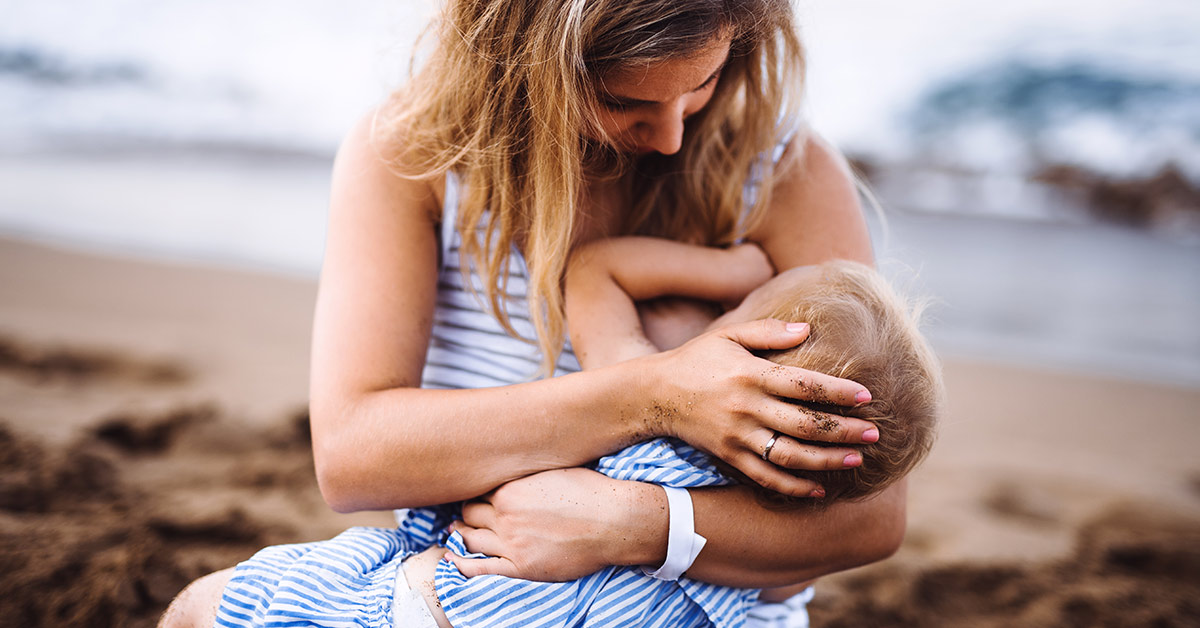 Breastfeeding in public places is totally allowed in all 50 states. Restaurants, shopping malls, parks, and beaches are all legal places for a woman to feed her child. Despite this, some individuals continue to try to humiliate mothers for exercising their right to choose. This is exactly what happened to a mother from New Jersey who was on her way to the beach with her children. It culminated in the involvement of the cops.

At The Beach, A Breastfeeding Mother Is Shamed Officer of Recreation

Michelle Ayala traveled to the beach with her kids, friends, and their kids for a much-anticipated beach day in the summer of 2018. Her two-year-old daughter was hungry and requested to be breastfed when they were visiting the Franklin Pond Beach in Sussex County. Ayala, who had two elder boys, was fully aware of her rights to breastfeed.

A park authority approached her not long after she began feeding her kid. The woman requested that she feed her child someplace else. She expressed concern that she may insult other beachgoers.

‘I see what you’re doing there,’ she replied. ‘Do you think you could do it someplace else?’ Ayala remarked. “And before she finished, I told her that she may breastfeed wherever she wanted,” Ayala added.

The Cops Were Involved

The park officer became enraged and threatened to call the cops when Ayala refused to leave or cover up. She urged the woman to go ahead since she knew the laws and her rights. When the police came on the situation, he took the side of the breastfeeding mother rather than the cop.

“He replied, ‘I totally support you, thank you for your time, your patience,’” recalled Ayala.

However, the story did not finish there. When her kid asked to nurse again later, the park staff approached her and told her she needed to cover up even more. The employee was responding to a complaint from someone else on the beach, according to the municipal attorney.

Ayala was shaken by the experience, but she was still adamant about standing up for her rights as a mother. She couldn’t, and shouldn’t, leave to nurse when she had other children with her. In the 92-degree heat, she also didn’t want to cover her daughter with a blanket. Her fear is that a new mom, or one who isn’t as determined as she is, might be frightened to nurse anyplace other than at home.

“There are brand-new breastfeeding mothers out there,” she added. “And if someone in a suit and good shoes walked up to that mom and challenged her, she would never breastfeed again. Alternatively, she could just remain at home with the kids.”

Everyone should be informed of the rules governing public nursing in the United States, especially breastfeeding mothers. It is lawful for moms to feed their infants in any public or private area in all 50 states, the District of Columbia, Puerto Rico, and the Virgin Islands. Other breastfeeding-related legislation include:

Make sure you understand your rights so that if you ever find yourself in a situation like this, you can express yourself as forcefully as Ayala did.