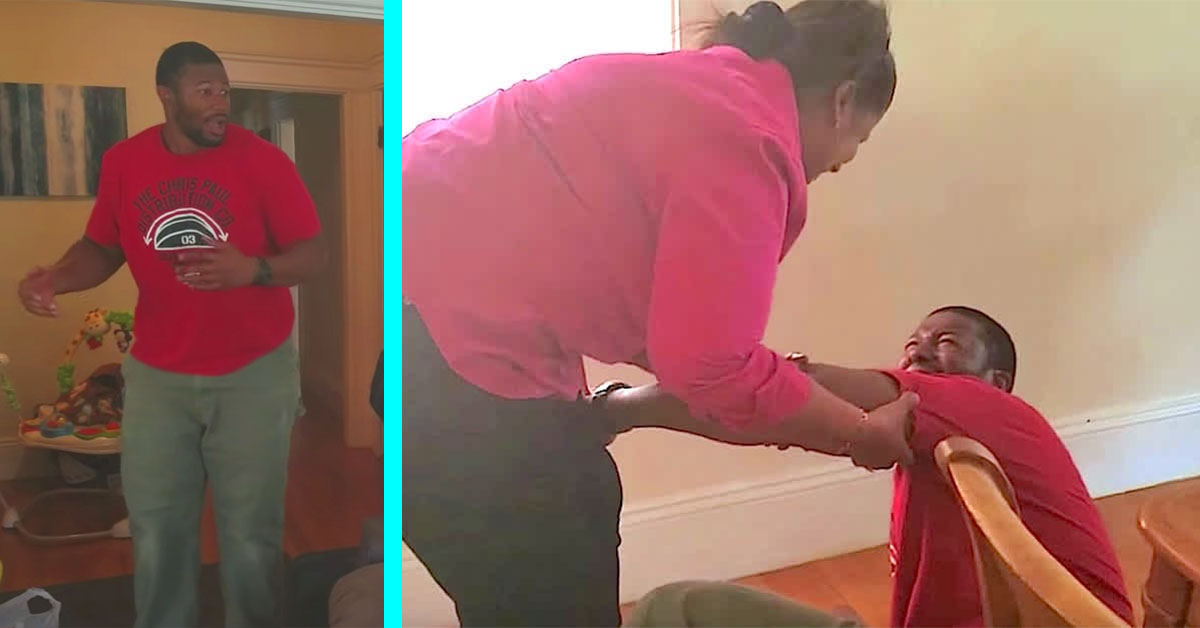 Jeffrey Mayi was overjoyed to find his younger brother, who resides in Florida and whom he hadn’t seen in four years, waiting for him as he came through his front door in Massachusetts. He had no idea, however, that his mother, whom he hadn’t seen in over a decade, was waiting in the next room, and seeing her overwhelmed this kind guy. This heartfelt moment is easy to connect to, as it reminds us all of how much we love our mothers.

Watch Jeffrey reunite with his mother after a ten-year absence:

“Jeff’s brother Axel secured a visa for their mother, Madeline, who resides in Gabon’s Libreville. Jeffrey hadn’t visited his brother (who resides in South Florida) in almost 4 years (due to the over 23-hour flight time). Shannon, Jeff’s girlfriend, stated, “Axel let me know the day before that he and his mother would be traveling in for a surprise visit.”