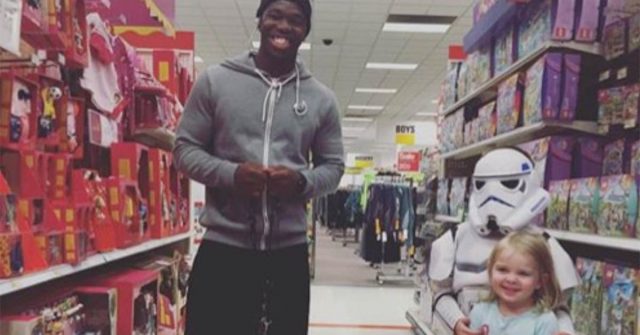 A kind couple was out shopping at a Target in Lafayette, Indiana, when they overheard a 3-year-old chatting with her mother about her birthday wish list.

Kinley, 3, was out shopping with her mother, Megan Shufflebarger, only a few days before her birthday.

Kinley was admiring all of her prospective birthday presents in the store when the young couple giggled, and the young guy asked her which doll was her favorite. 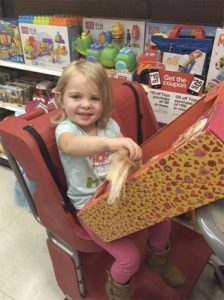 Megan wrote on Facebook, “My heart… We were in Target tonight and this younger couple was strolling through the toy aisles listening to Kinley ooh and ahhh and write her birthday list of doll goods.” “When he inquired which one she choose, she showed him and replied, ‘yes, and I really like dat one.’”

The pair laughed a little more as they looked at the doll, and then they walked away holding the doll.

“They laughed, and he went away with the doll, saying, ‘Try to remain over here,’ and he walked away. At first, I thought it was strange, but I was immediately sidetracked by the oohing and ahhing. Kinley inquired as to the location of the dolly she had chosen, and I assured her that there were more.”

The young guy returned with a bag and delivered it to Kinley after a few more minutes of searching around the toy department. Her favorite doll was inside, along with a receipt of purchase.

“He returned a few minutes later with her doll, in a bag with a receipt, and wished her a happy birthday and urged her to enjoy her doll,” she said.

Kinley’s mother’s heart was warmed by this unexpected show of compassion. 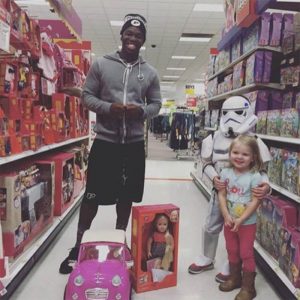 “Seriously. She said, “What a lesson to never lose confidence in mankind and to be generous and pay it forward.” “Whoever this generous young guy is, I hope you see this and, more importantly, know what a nice young man you are.”

Tario Fuller, a 19-year-old freshman football player at Purdue University, has been identified as the nice young man. He’s a modest young man who has turned down countless media requests for interviews.

Purdue’s athletics media director, Matt Rector, said, “He simply did this out of the generosity of his heart.” “He’s had a lot of interview requests, but he just wants to leave it as that; a random act of generosity for which he gets no credit.”

Tario’s gesture of generosity for Kinley was shared by both Purdue and Target, who congratulated him for making a beautiful 3-year-old smile on her birthday.