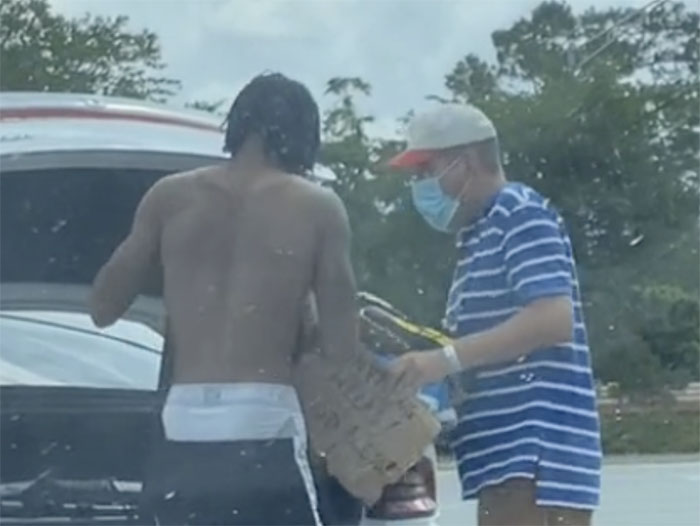 A nice young guy stopped his car while driving in Tallahassee, Florida, to offer a homeless man on the side of the road a pair of shoes and some extra clothing.

Jacabri Richardson, a nice young guy from Florida, was traveling down I-10 when he noticed a homeless man on the side of the road. The homeless guy carried a placard that read: 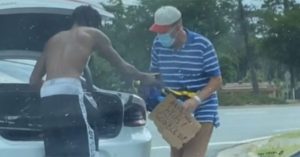 Jacabri, a Florida A&M University student, pulled over and opened his trunk, giving the homeless man a pair of his own shoes, a shirt, and some additional clothing.

He had no clue that the car in front of him was recording his kind act. AmburAndLex, a user who goes by the name AmburAndLex, was in the car behind the young man and was moved by his compassion, so they captured the moving moment on their phone.

They then posted it online, and it has now been viewed millions of times by thankful hearts all around the world.

Later, Jacabri was questioned by a local television station, and he stated that he was in the process of relocating and wanted to donate some of his spare clothing to someone in need.

“My mother always taught me while I was growing up that there are a lot of people who are in need,” Jacabri added. “Not everyone is as fortunate as I am. My mother had a habit of putting clothing and shoes on my back. That is something I can take for granted.”

Watch the video below.