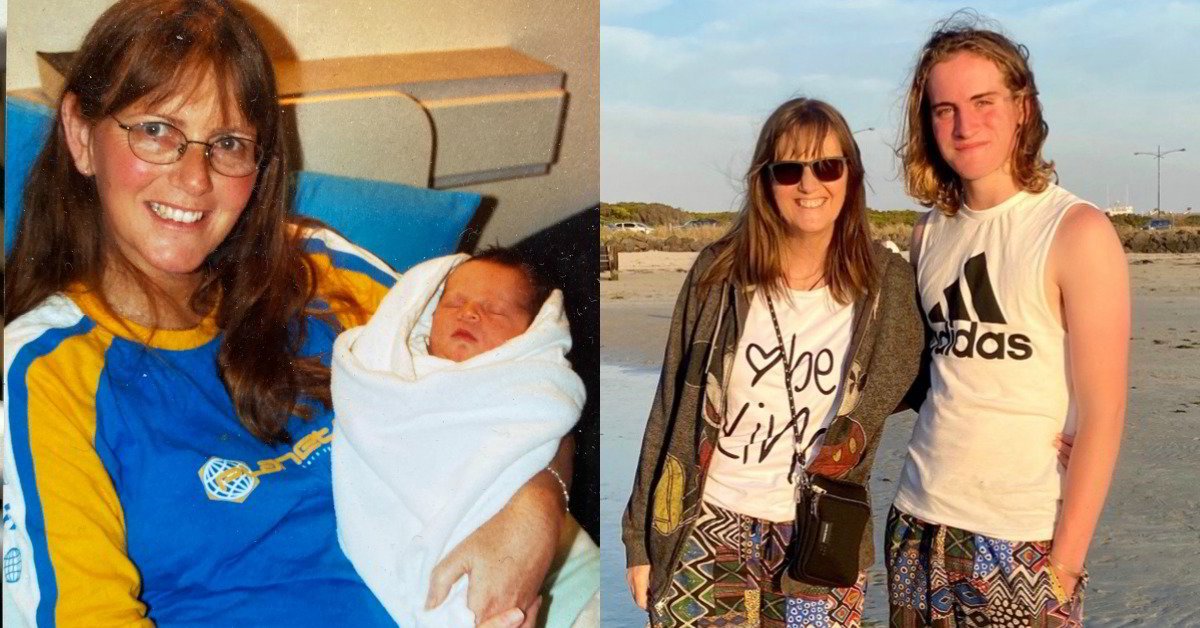 We all know that the older a woman gets, the more likely she is to face pregnancy problems and challenges. Many women believe that once they reach a certain age, their chances of having children are dwindling. When this mother became pregnant at the age of 45, she was met with a lot of opposition. She wants you to know a few things about being an older mother.

Anne de Manser’s marriage, from which she had two nearly grown adolescent girls, dissolved when she was 40 years old. She later married a younger man who didn’t have any children. They didn’t consider having children at first because Anne had previously dealt with reproductive troubles. They didn’t believe it was even feasible to be an older mother. Regardless, Anne desired to have a child with her new husband and give him the opportunity to be a biological father.

“We resolved to try without trying; we would not seek fertility treatment or stake our hopes on a ‘what if,” she explained.

They then had two miscarriages, which was a difficult experience for them. When Anne missed her period days before an IUD appointment, they were about to quit up when she took a pregnancy test.

“My period was a few days late (yes, I was still counting!) and the two pink lines on the pregnancy test were stronger than anything I’d seen before. They were brilliantly luminous, and I can still remember the rush of excitement and the shiver of horror that came with them.”

Anne’s husband didn’t even show up for her six-week scan because they were so worried that this pregnancy would end up like the others. They concluded that if they got terrible news, she’d be less stressed if she had to deal with it alone. The good news was that the pregnancy was progressing swimmingly.

Unfortunately, she did not find an obstetrician who was supportive. According to her Mamamia account, the doctor questioned whether the pregnancy was planned and if she was aware of the statistics regarding children born to older mothers and down syndrome. Despite the negative feedback, they continued to test and seek help from a new, more supportive doctor. Their pregnancy went smoothly, and their baby boy came safely and on time.

Their son has nearly reached adulthood. Anne, her husband, and their first two children can’t fathom their lives without the newest addition to the family. He has brought them all so much happiness.

“Did I have any reservations about having a baby at the age of (nearly) 46? So many concerns, many of which have been fueled by others. “Do you believe it is fair to the child?” “What if you pass away?” She remembered thinking to herself, “OMG, you’ll be a retiree before he finishes school.” “Watching him grow has been a joy of mine, one that I have missed out on with the girls because I was always so ready for them to reach the next milestone. I’ve learned to select my battles over time, so we don’t quarrel often.”

While every circumstance has its drawbacks (most of their son’s pals have grandparents the same age as Anne), the overall experience has been really pleasant. They are in a better financial position, for starters. They’ve been able to travel the world with their son, take him to the theater, and do many other things with him that they couldn’t do with their daughters due to a lack of funds. Anne also claims that her son has compelled her to take track of her health in order to keep up with him.

“My miracle kid is maturing into the guy I envisioned for him. “Every want and fantasy I had when I first saw that neon line, that tiny blip, that little hand, is now playing out in front of me,” she explained. “Love you Mum, love you Dad,” he yells every night as he walks upstairs to bed. “Who could ask for anything more?” says the narrator.

What You Should Know If You’re an Older Mother

If Anne’s tale has motivated you to try for a child as an older woman, there are a few things you should know. There are obviously increased dangers and potential difficulties for older moms, as Anne mentioned. After the age of 35, you are automatically classified as having “advanced maternal age.” Because the quantity of eggs produced by your ovaries decreases, your chances of becoming pregnant without assistance drop as well. In reality, according to a 2020 study, your chances of becoming pregnant after 40 are roughly 44 percent.