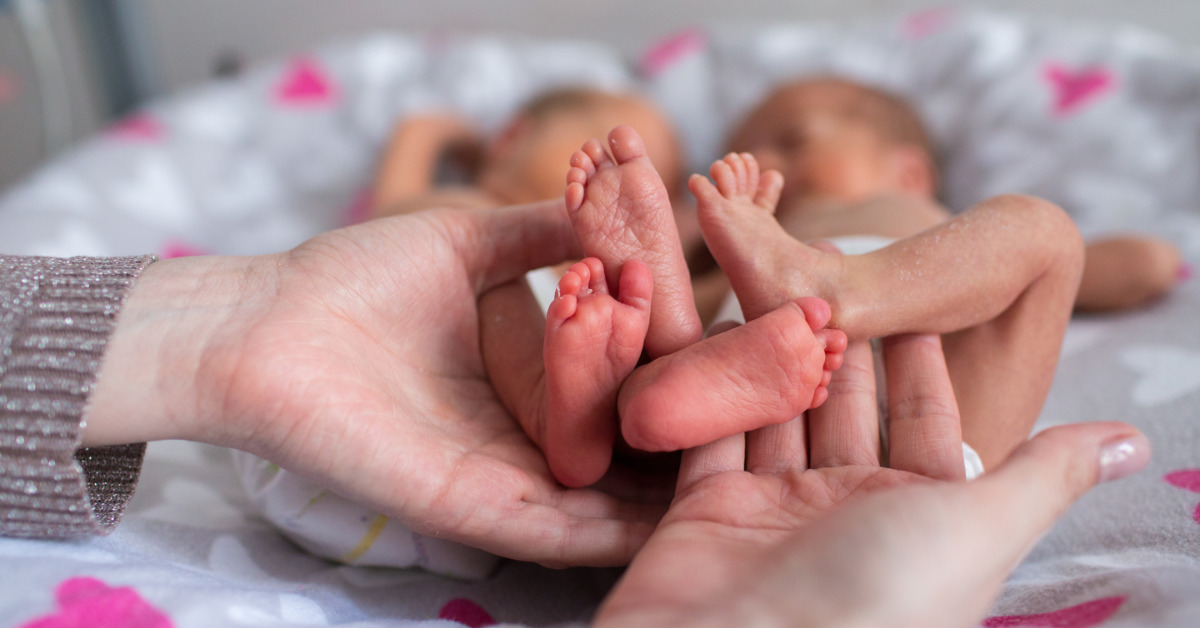 When it comes to children, many of us mothers believe that one is more than enough. We couldn’t possible ask for anything more than the time and energy we put into raising our children. It’s tempting to focus on how difficult our job is as parents, but you must put things in perspective and consider other people’s circumstances. Annie Tupou, an Australian woman, just gave birth to twins, making her the mother of ten children, all under the age of ten. Her story is particularly intriguing because she claims she had no idea she was pregnant. She went on to give birth to twin girls just two weeks after learning the shocking news.

She had not expected it.

Annie said that she “never got dizzy or anything else” during her pregnancy, before adding, “I sometimes got exhausted like completely wiped out sort of thing but tummy wise I wasn’t showing that much.”

Russell, Annie’s husband, claimed he suspected something was up, but they didn’t know for sure until a doctor’s appointment confirmed Annie’s pregnancy. Annie explained in a recent Facebook post that she “wrote last week about tying my tubes after baby number nine since I literally found out a week and a half ago I was pregnant, and I was finding out what I was having at my ultrasound this Thursday.” “Well, I guess I didn’t make it to my ultrasound,” she said. Annie stated she “stretched down and my baby girl’s head was half out!!!” as she went into labor. Because my husband was in Sydney for work, I went into midwife mode and bought blankets and towels… Twin A was born at 3.45 a.m., and she slid out right away.“

It appeared out of nowhere.

Annie thought her labor pains were caused by Braxton Hicks contractions when she initially started having them. False contractions, as they’re known, are the tightening of a woman’s abdomen that can happen at any point during her pregnancy. They aid in the preparation of the cervix for giving birth by toning the muscles within the uterus. This was not the case, and Annie quickly realized she was experiencing true labor contractions.

Three ambulances were dispatched to Annie’s home to tend to her newborn baby girl. They were taken to Frankston Hospital shortly after that. Annie was in excruciating pain and suffering, which she assumed was caused by the remaining placenta. A nurse called out a code blue emergency before she could follow the midwife’s instructions to push.

Annie stated in the hospital that she felt “like I was in a movie” at this point. What was going on when all these midwives barged into the room? ‘That’s not a placenta, that’s another BABY!” she exclaimed. Annie stated she was “so startled I just had another kid!!” despite managing to keep her emotions in check. My twin children were delivered two hours apart, at 5.45 a.m. and 5.45 a.m., respectively.” After being transferred to Monash Children’s Hospital, the newborn twins are said to be in good health. Annie proudly stated, “It will be a long road to recovery, but they’re here, and now I have ten children under the age of ten, five boys and five girls – my family is complete,” and expressed her gratitude to the paramedics who came to her aid, “These two gentlemen were my backbone and never left until Twin B was born, I’m so thankful to them.”

Annie wanted to present them gifts as a symbol of her gratitude for their love, dedication, and professionalism in going above and above. Tilila and Leylani, the newborn twins, are still in hospital care and could be there for a while.