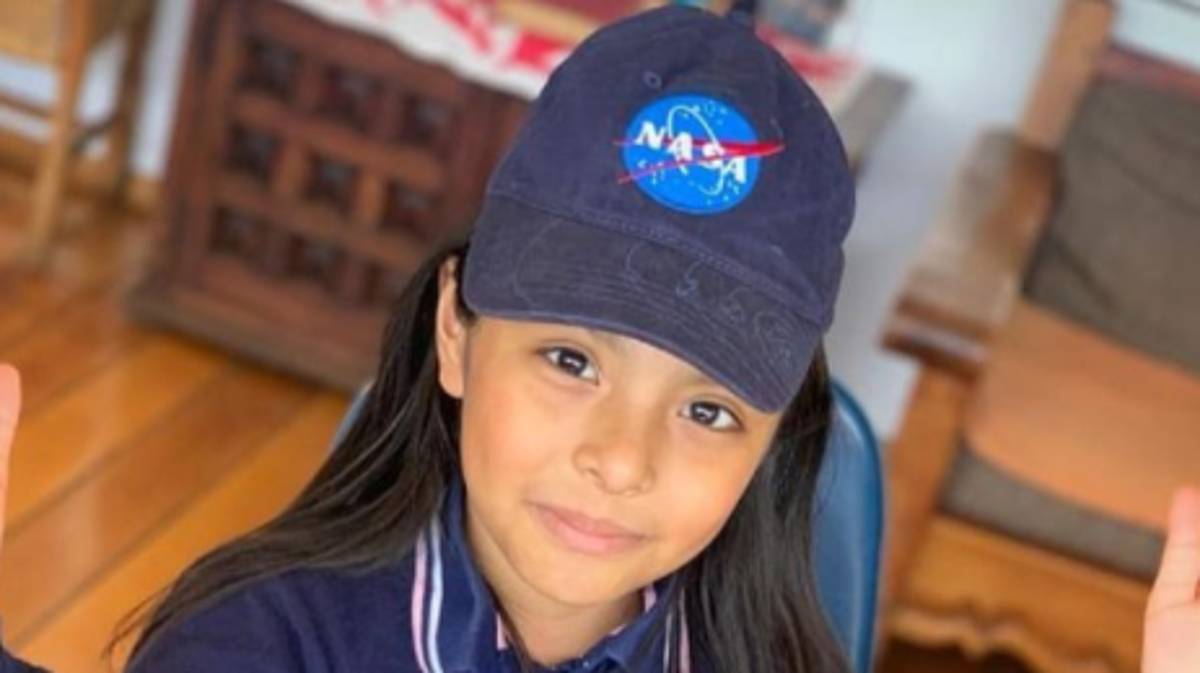 Adhara Pérez was diagnosed with Asperger’s syndrome when she was three years old. Her peers bullied her severely, but her parents discovered through treatment that she had a higher IQ than Albert Einstein. Adhara completed elementary school at the age of five, middle school at the age of six, and high school at the age of eight, demonstrating her intelligence. Adhara, who is only ten years old, is pursuing two degrees at the same time.

Adhara Pérez’s IQ test score was 162, which was somewhat higher than Albert Einstein’s and Stephen Hawking’s IQ scores, which were considered to be about 160. Pérez, on the other hand, was an Asperger’s child who struggled with certain aspects of her development, such as social interaction with other children her age, prior to this discovery. Adhara claimed that she was “made a laughingstock at school.” Students teased her, calling her a “oddball” and a “weirdo.”

“I noticed Adhara was playing in a small house, and they had her locked up. And they started chanting, ‘Oddball, weirdo!’ said Nallely Sanchez, her mother. “Then they started hitting the little house,” says the narrator. So I told her that I didn’t want her to suffer.”

Pérez got despondent as a result of the incident and refused to return to school. Her teachers claim she was bored in class and frequently slept through it. As a result, Ahara’s mother concluded that traditional education was not the best fit for her daughter and took her to a therapist to be evaluated. Despite the family’s financial difficulties, the mother wanted Adhara to have a great future. The therapist assisted her in finding a learning setting that was ideal for Adhara’s abilities. After only a few short years, the little girl graduated from high school.

She is now pursuing two online degrees, one in systems engineering and the other in industrial engineering with a mathematics focus. In addition, she enrolls in astronomy and gravitational waves courses.

Pérez has published a memoir on her experiences, as if she wasn’t already accomplished enough. The title is a slang version of the phrase “Do Not Give Up.” She was also named one of the 100 Most Powerful Women in Mexico by Forbes México in 2019. She was working on a wristband with molecules at the time to monitor the emotions of children with severe problems in order to predict and prevent seizures and other complications.

Because of her personal experiences, Adhana knows the problems that these youngsters face. She suffered a severe seizure when she was four years old that nearly put her into a coma. Instead, she had to undergo physical therapy for a year since she lost movement in her hands.

“Back then, Adhara modeled herself after Stephen Hawking, who declared that despite having a disability, he was able to do great things,” Sánchez said.

In addition, after her encounters with bullies, Albert Einstein became her hero. “They didn’t believe in Albert Einstein when he was young; they believed his ideas were silly, but he proved them through time, and that is why Adhara enjoys this character,” her mother added.

In addition, Pérez has been offered a spot at the University of Arizona. Meanwhile, Pérez is preparing for the entrance exam by studying English and continuing to pursue her interest in astrophysics. She wants to be an astronaut when she grows up.

What does it mean to have a high IQ?

The term “intellectual quotient” (IQ) is an abbreviation for “intelligence quotient.” People’s intellectual ability and potential in various cognitive skills, such as problem-solving and reasoning, are assessed using these tests. In a nutshell, it’s an IQ test (not to be mistaken for a test of knowledge). An IQ test’s average score is 100. A high IQ is defined as a score of 130 or more, demonstrating the uniqueness of Adhara Pérez’s higher score of 162.

Remember that an IQ test isn’t the be-all and end-all. Many academics disagree with these exams, questioning if IQ can even be measured. Furthermore, the tests themselves may not be reliable, as the results may be influenced by factors such as nutrition, health, culture, environment, and education. A 2010 study indicated that African countries had lower overall scores, casting doubt on the veracity of IQ tests.

In any case, IQ levels have little bearing on a person’s life or achievement. Adhara Pérez, on the other hand, appears to have a lot of promise for making the world a better place. We’re excited to watch what she accomplishes.