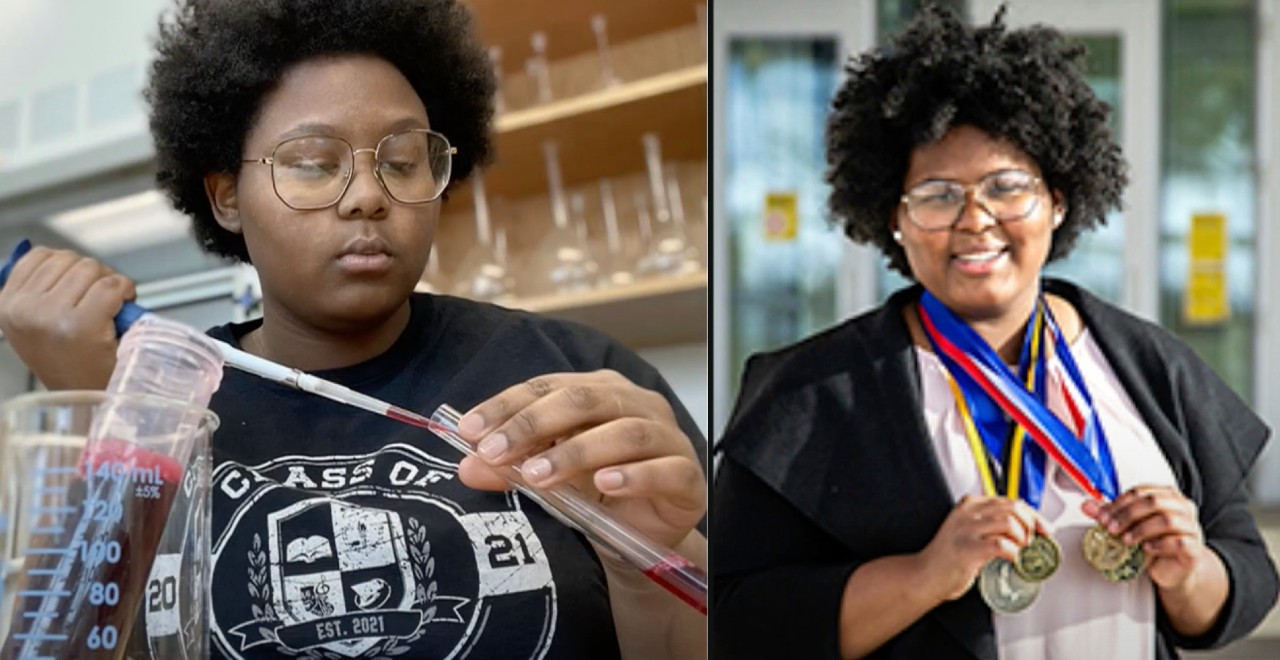 Dasia Taylor, who is seventeen years old, wants to be a doctor. However, she transformed the future of stitching by creating sutures that change color when they come into touch with an infection. In October 2019, she began work on the project, utilizing beets as a natural color for the thread. Taylor’s idea earned awards at various regional science fairs, including the Seaborg Award.

After reading about modern sutures that sense illness digitally and report it on cellphones and computers, Taylor came up with the idea for color-changing sutures. These “smart” sutures are a step forward, but they are costly and impractical in developing nations where the internet and other necessary technology are often unavailable.

In low- and middle-income nations, however, 11% of surgical wounds become infected. There is still a need for health professionals to be notified when these incidents occur. In addition, the adolescent grew fascinated by infections that arise following C-sections. In some African countries, up to 20% of women who give birth this way contract infections.

Taylor explained, “I’ve done a lot of racial justice work in my community and I’ve been a guest speaker at multiple conferences. When I was given the opportunity to conduct research, I couldn’t help but approach it through the perspective of equity.”

She described her work as “where equality meets science,” because she is working to make “smart” sutures more accessible for those who require them. Taylor was previously involved in the Black History Game Show and advocated for an anti-racist curriculum at school board and district meetings.

She spent every Friday afternoon with her chemistry teacher, Carolyn Walling, researching in the four months leading up to the regional science fair in February 2020. Taylor eagerly volunteered when Walling needed kids to do experiments for science fairs.

Taylor discovered throughout her studies that human skin is normally acidic, but that an infected lesion boosts the pH values. Her discovery came when she realized that differing pH levels affect the color of many different types of produce.

Taylor explains, “I discovered that beets changed color at the optimum pH point.” Because of the elevated pH levels caused by illness, bright red beet juice will turn dark purple. “Perfect for an infected wound,” says the doctor. As a result, I thought to myself, ‘Oh, okay.’ So beets are the way to go.’

Her next task was to choose a thread that will not wash out the dye. As a result, she experimented with a variety of materials. Due to the epidemic, she had to complete her studies from home. She would typically experiment for four or five hours at a time. She soon discovered the ideal cotton polyester thread. It went from brilliant red to purple after five minutes of contact with a higher pH level. The thread became gray after three days of exposure. This could warn people about infections and prompt them to seek medical attention before the problem worsens.

“The beet stitches will be able to detect pH changes in tissue and blood, causing them to change color,” says the researcher. That’s how the whole thing works,” she explained. “It isn’t difficult or anything like that. There are no cutting-edge technology. It’s actually just a simple scientific principle.”

Taylor intends to patent her color-changing sutures in the hopes of reaching individuals in less developed countries.

She stated, “I’ve always had a desire for assisting people. I will continue to conduct research for as long as it takes to ensure that these stitches reach those who require them.”

“I believe it’s fantastic that this young high school scientist was encouraged to work on a solution to address this problem,” Kathryn Chu, head of Stellenbosch University’s Center for Global Surgery, stated. “It would be tremendously valuable if there was a product that could detect early [surgical site infections]. ”However, “further research on how this approach could move from the bench to the bedside is required.” This is largely due to the fact that “if the infection pours through the skin or involves the skin, it has already progressed to a later stage.”

Despite the accolades and recognition for her creation, the adolescent’s attention is drawn to others. “Equity work has a special place in my heart, and it’s what I want to do for the rest of my life. I intend to continue my study and make sure that this project is released so that everyone can benefit from this discovery, which will save lives.”

Taylor’s work is still having an impact, even though the thread isn’t patented yet. One Massachusetts elementary school teacher had her kids study about Taylor’s accomplishments and write about how she influenced them. When Taylor received the document with all of the student’s thoughts, she sobbed.

“In my perspective, success is improving the world by influencing the next person. If I can encourage someone to go achieve something wonderful, that is success.”