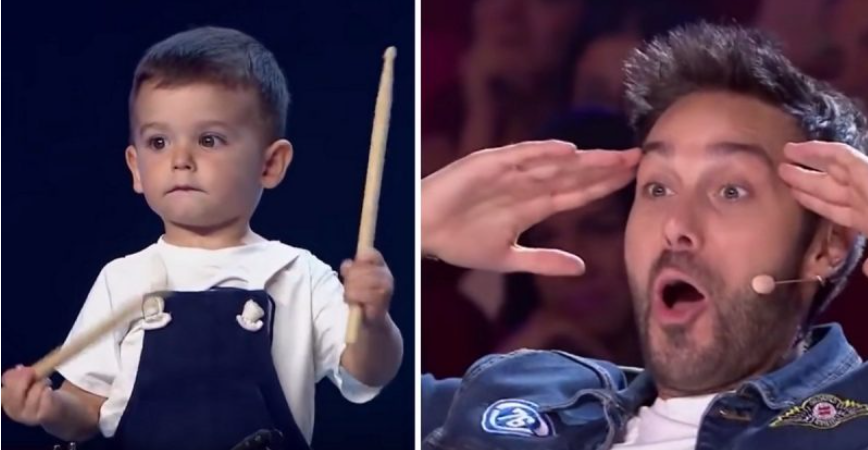 No one will be surprised if a small child hits the drums. But little Hugo Molina does it with rhythm. Hugo became the youngest contestant on the “Spain Has Talent” show, showing off his incredible drumming skills.

He brought his father Manuel to the competition. The father told the jury, if no one can applaud because little Hugo can get scared. He was really very brave.

Of course, everyone was very excited and interested in what this guy could do without competing with other adult competitors. Dad dropped him on the floor and Hugo had drums in his hands, but it was still unclear what he would do with them.

People were out of breath when the little boy started drumming. He turned out to be much more than a cute guy who came to show off in front of an audience.

Dad just asked, “How do we play drums, Hugo?”, To which the little boy began to play the traditional French Easter march. But it was just a warm-up. Everyone watched in amazement as the boy began to create completely new melodies.

The drum is so natural for him that he does not even have to concentrate, he even looked at the audience several times while playing. When it ended, the audience exploded with joy. One judge commented: “He was constantly on the move and it shows that his talent is innate. Either you were born with it or you are not.”

Hugo was also fully prepared to talk to the judges after his performance and did so in style. Bravo, Hugo, you really have real talent.