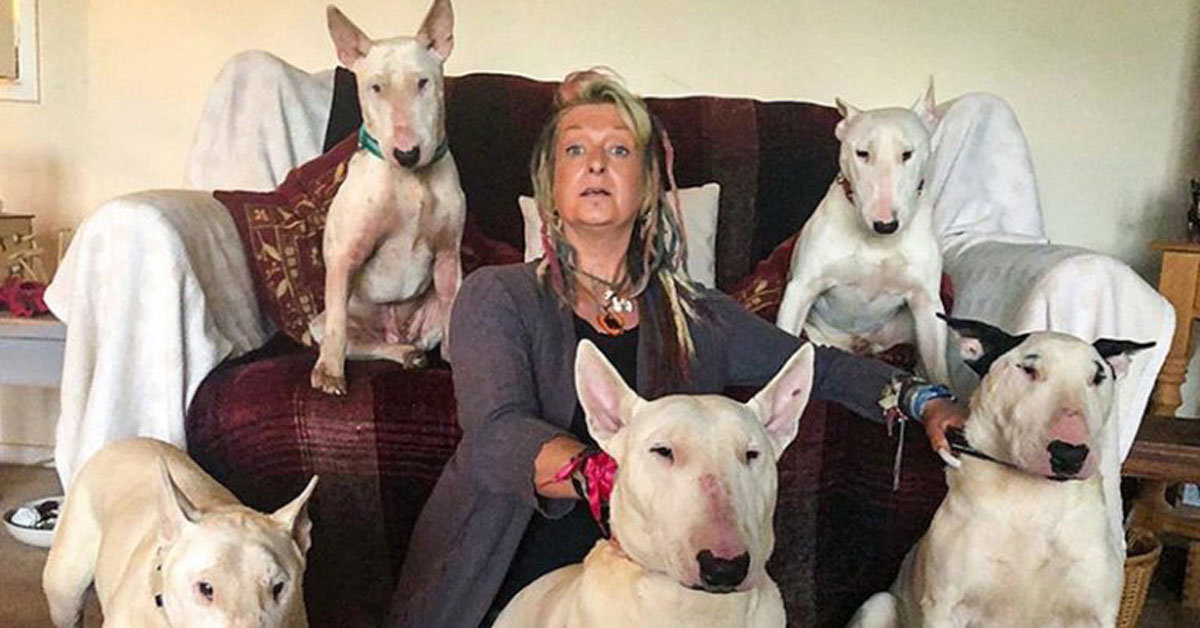 As the folks said, a dog is a man’s best friend. For many people this is not only true, but most dog owners go to great lengths to ensure the safety and well-being of their furry family members. One woman took this to the extreme and decided to end her 25-year marriage to her husband who letting her choose between the dogs and himself.

A husband made his wife choose between him and the dogs

Liz Haslam and her husband Mike were high school sweethearts. They married shortly after graduation and moved into a house in the countryside near Barnham, Suffolk, in the UK. The couple had one child together and lived together for 25 years.

Family portrait!
Liz Haslam with some of her bullies…
It's only 5 but getting 5 to pose is hard enough!
❤🐶❤🐶❤🐶❤🐶 pic.twitter.com/21lU1fGAYq

After finding out that there was enough space on her property, Liz subsequently opened a shop called Bed Bully, which specialized in providing shelter to bull terriers in need. Mike began to feel that her life revolved around dogs, many of whom had health problems that required constant care, making it hard to find them permanently at home. During this time Liz started saving dogs. While her mother had raised West Highland terriers and her father owned a food company, Liz loved the dogs that ran around there.

He confronted Liz and said “either me or the dogs” and that’s how their relationship has ended. “I didn’t know what to expect”, Liz said. She went into more detail and explained how she and her husband started drifting away. He was working all the time, so Liz found the love she was missing, in the dogs. “I think that 25 years is enough he should know that abandoning the dogs was not part of my intentions, not at all. He knew from the moment we got married that I’m all about”.

Posted by Bedsforbullies Sanctuary – LTC with TLC on Tuesday, October 13, 2015

The Need For Animal Shelters

Animal shelters are provide crucial services and fulfil many roles. They take care of vulnerable animals, try to find a home for animals without families and try to reunite lost animals with their owners. Shelters go beyond basic needs by providing animal health services, training, conduct behavioral assessments and provide humane education. According to the United States Humane Society, between six and eight million pets are brought to shelters each year.

Liz takes care of over thirty dogs on her property, each of which requires varying levels of care, medication and attention. It keeps them busy eighteen hours a day. She has invested thousands of dollars in the medical care of her rescuers and once forced them to live in a tent because she could not afford the rent for her house.

Lizs passion for dogs is too huge for Mike. Despite their marriage, Liz is confident she made the right choice. “I couldn’t have changed my situation, but I chose what I love,” she said.