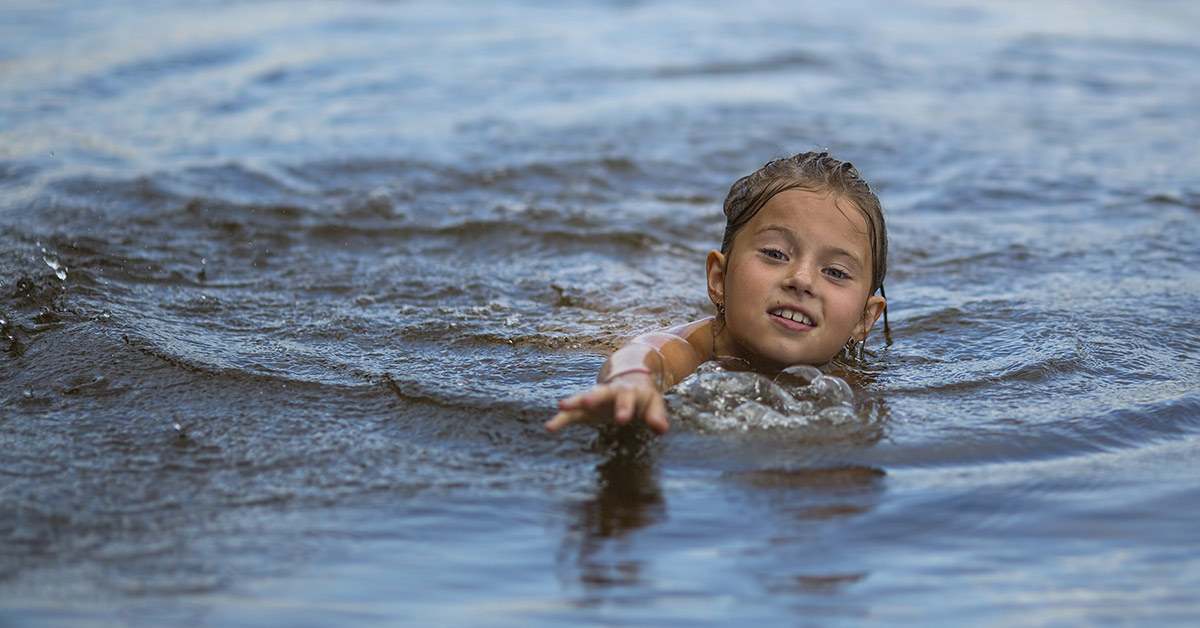 A pregnant mother has saved three girls from drowning in Lake Michigan. She had no idea what is going to happen when she took her kids, aged six, three and two and go to the beach one afternoon.

In fact, Alyssa DeWitt, 27, almost has canceled the trip because of the strong winds. “I put her in the van and we sat there for five minutes and I didn’t know where to go because the sand was churning up,” Dewitt said. But I felt we had to go. “When arrived, I decided to take my kids to the right side of the beach, to the pier”. 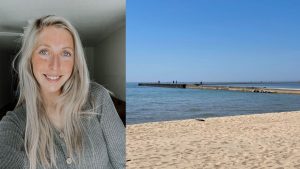 “I always took them to the left and I’m not sure why I chose this side that day. But I don’t think it was a coincidence, “DeWitt said. That’s when she saw the girls in the water. “I had watched that group of girls get into the water right by the pier, and I remember thinking to myself at one point that they were getting pretty far out there. At one point, I looked up and saw one girl waving her arms at me from the water.“

As DeWitt got into the action, she gathered her children together and told them to stay calm as she ran to the pier. At one point she looked back and saw a girl waving her arms in the water. At that point, the waves shoved the girls into rocks as they fought to keep their heads above the water. She scanned the beach to see if someone could help her. It was just her, her children and that group of girls. She tried to call 911, but the wind was too loud and she could not hear the dispatcher. She keep the 911 line open, put down her phone, laid on her stomach and stretched her arms towards the girls.

“The waves were so big that they were just getting thrown everywhere. I pretty much had to lean over as far as I could and pull as hard I could to get them in. There were times when a wave would come and smash us and knock the girls down, and we’d have to start over.“ 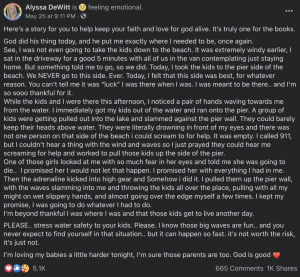 Despite the danger, she refused to give up. “My big turning point in that entire situation was when one of the girls looked at me and said, ‘I’m going to die.’ I just got this boost of adrenaline, and I looked at her and said, ‘I am not going to let you die out here. I promise you I am going to get you out of this water.’”

The girls were between 9 and 15 years old, according to DeWitt. By the time the group reached the beach, police and firefighters had arrived. Dewitt and her unborn baby went home unharmed. “I was so relieved, the adrenaline was rushing like crazy and there were lots of hugs and tears to share, “she said. No one else was injured.

Two-year-old DeWitt’s daughter tried to run to her mom several times but the six-years-old kid was carrying about her. “She stayed really calm,” said DeWitt. “I was super proud of her”.

Dewitt shared her story on Facebook to raise awareness of water safety. “I really hope that now that summer is here that parents are really grilling their kids about water safety and that they understand how dangerous the water is, and these piers [on Lake Michigan],” she wrote. “Kids think they’re invincible, but it happened so fast and [the girls] got so tired so quickly. They were very lucky that someone was there to save them.”

After DeWitt had time to process the incident, she began thinking about “all the different ways that it could have gone. I know those big waves are fun.. and you never expect to find yourself in that situation…” she wrote, “but it can happen so fast. It’s not worth the risk, it’s just not.”