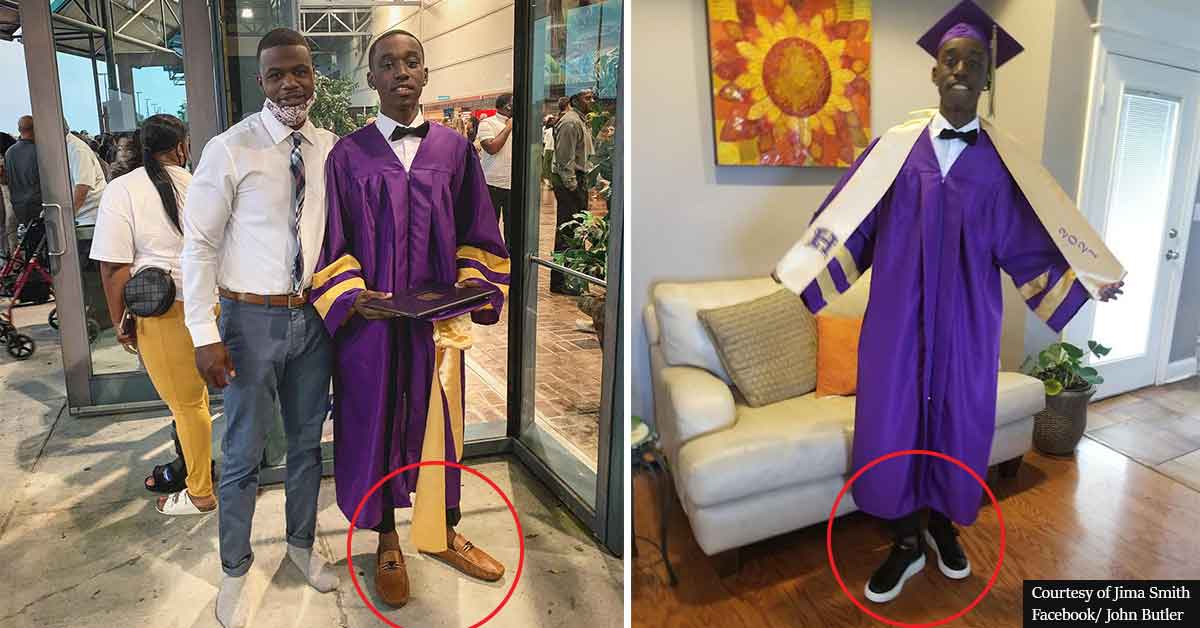 A Louisiana high school blocked a student from graduating because his shoes violated dress code. He told @washingtonpost: "I felt humiliated."

He had leather sneakers with white bottoms. A paraeducator lent him his own shoes so he could get his diploma.

A kind-hearted teacher gave the boy his own shoes so that he would not miss the most important moment of his life. At the last minute of the ceremony, Teacher took off his shoes and handed them to him. In an act of kindness, the teacher allowed the boy to go out with his classmates and receive his diploma with a comical remark.

When Daverius wore the black leather Alexander McQueen shoes, a representative forbade him from attending the ceremony because the shoes violated the dress code. He noticed that the shoes did not fit the habits of the schools.

They stopped me and said I couldn’t wear my shoes. I was shocked because it all started because my shoes were black and dark and I was stopped. As a child without shoes, I was confused.

After the boy was humiliated in front of his friends, John Butler decided to intervene. Seeing the boy in a moment of panic, he took off his own shoes and gave them to him immediately. At the time, Butler knew it was the right thing to do. He explained the whole story in a touching Facebook post. 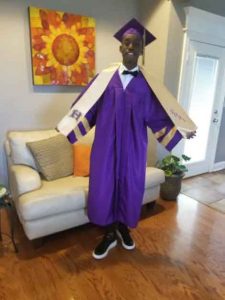 At the last minute they closed the doors. A younger brother approached me in panic. He said to the lady he couldn’t go to get his diploma without wearing the shoes.

I give him shoes immediately. That’s why he won’t miss his graduation ceremony. Social media users praised the thoughtful teacher for helping the student with the ceremony. The shoe-swapping situation confused part of his own family.

According to USA Today, relatives of the students arrived at the last minute before the ceremony, unaware that the students would miss their chance to get their diplomas. When the students came on stage, the family argued that Daverius should have been there.

I burst into tears because I didn’t know what was going on and what this child was going through. And he had brown shoes on. As it turned out, Mr. Butler called me and I contacted him, had a conversation with him and asked him what had happened.

Mr. Butler also shared the hilarious side of the shoe incident.

“Here’s the funny part tho… my shoes were 2 sizes bigger than his, so when his name was called, he had to slide his feet like Sleestak across the stage to receive his diploma, we had a good laugh.”

“At first, he asked me what size I was. I said a 9, and he gave me his shoes. I slipped on his shoes like slippers because of how big it was.”