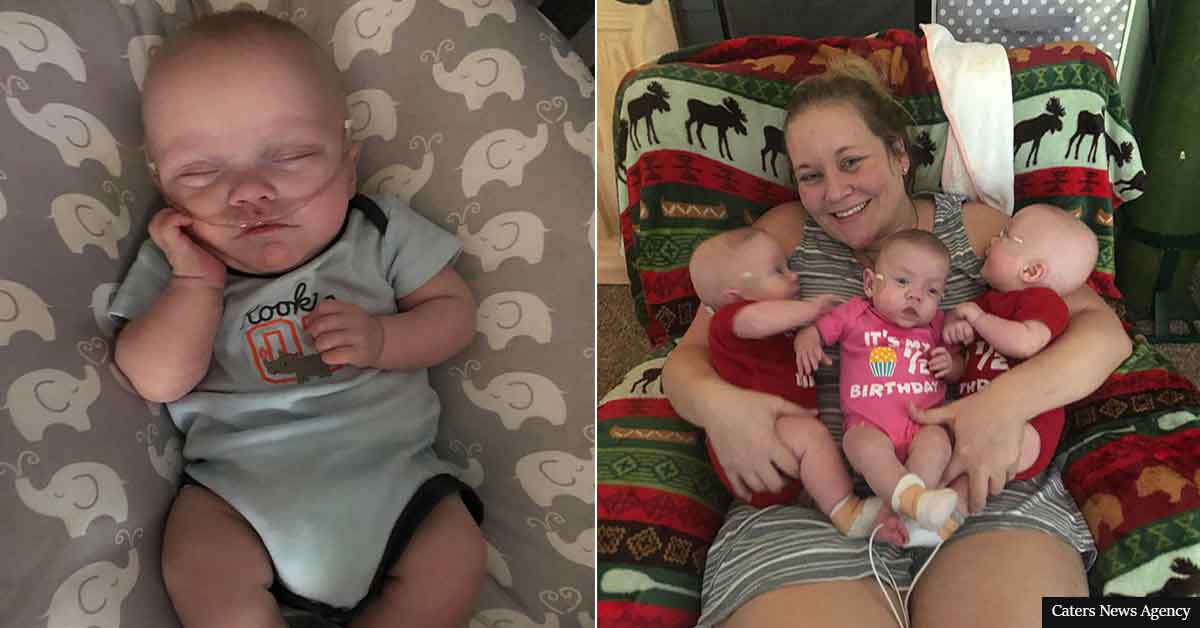 The first of the triplets was born on December 28, 2019, the other two on January 2, 2020. Kaylie Deshane gives birth to triplets. The 33-year-old mother delivered three babies five days apart. Despite fears that the babies would not survive, they are all healthy and thriving and are about to leave.

Kaylie Deshane, 33, of New York City, is the proud mother of three beautiful identical triplets who were born five days apart. In addition, the babies were born in different decades. The Daily Mail reports that she holds the world record for the longest time between the birth of a triplet. She gave birth to her baby boy Cian on December 28, 2019. Five days later, on January 2, Cian’s twin Rowan and Declan were born. 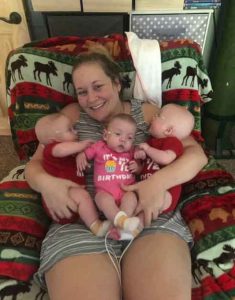 The three babies had little chance of survival because they were born in Deshane’s 22nd week of pregnancy. Before Cian’s birth, doctors kept him away from Deshane and her husband because they feared a premature birth could cause fatal complications. The babies, who were born on the same day, are now healthy and happy 17-month-old angels.

We adopted a son, Holden, 7, and a stepdaughter, Naveah, 12, and we wanted another sibling for him. After trying it, four years ago and falling pregnant, my husband Brandon, 35, and I decided to try IVF. We decided to put two embryos in one because we thought we had a better chance of having another baby. We have been told that there is a 10% chance that the baby are twins and a 1% chance that it is a triplet pregnancy. 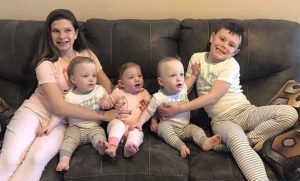 During Deshane’s pregnancy, doctors advised her to abort the two identical babies. She was told that her life would be in danger if she decided to keep the triplets. Deshane said she and her husband never expected to have triplets. “When we found out we were having triplets, we were shocked, it was incredible. We were happy to have a baby, but now we have three.”

The 33-year-old mother refused to follow the advice of her doctors and continued her pregnancy. “At the 16 weeks of pregnancy, I was diagnosed with cervical failure and had to undergo emergency surgery because I was only 1-2 cm dilated.” Cian was the baby who was closest to the exit and was in danger of having the operation. “It was scary and we thought we might lose him. But it didn’t happen and the surgery worked.”

“At 22 weeks and five days, I went for an anatomy scan where I was told everything was fine. However, later that evening my water broke. I was so scared because I was only 22 weeks pregnant, I had no idea if the babies would live or survive if they were born at this point in the pregnancy.”

The next morning she woke up with heavy bleeding. She found out that Cian was on his way, too.

Doctors were able to stabilize him. After seeing him for a split second, he was taken to the NICU.

“He was so small I couldn’t believe it. He weighed less than 1 pound and was so far away.

I’d be lying if I expected the next two babies to come out like that, but that’s exactly what happened. I was like,” Oh my God, I can do this.

Cian had only nine percent chance of making it. I kept asking about the other two babies, but the doctors said they didn’t want them to come until they could help. When this happened, they said they wanted to hold her as soon as possible and give birth because it was early in her pregnancy. 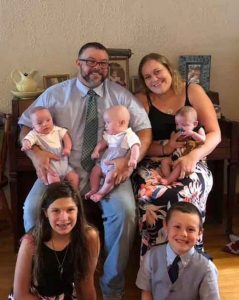 After five days of labor, Cian’s sister Rowan and her brother Declan were born. It was a touching moment for parents. When they were welcomed into the world, breathing tubes were put on them and they were taken to the NICU. They spent a total of four months in hospital.

But we haven’t lost faith and kept fighting for our babies. Declan was the first baby to arrive on April 17. He has made it through to his due date on April 26. Rowan, the next baby, arrived on April 30 and Cian on May 4. We had our whole family at home.

It was amazing, but it was terrifying. They still had oxygen when we left the nursery. In the autumn, they were weaned off oxygen.

They are all healthy and thriving and about to leave, which is incredible because we were never sure they would make it. I’m so proud of them. They breathe and grow and everything is great. They have all reached their milestones, not only physically but mentally as well.