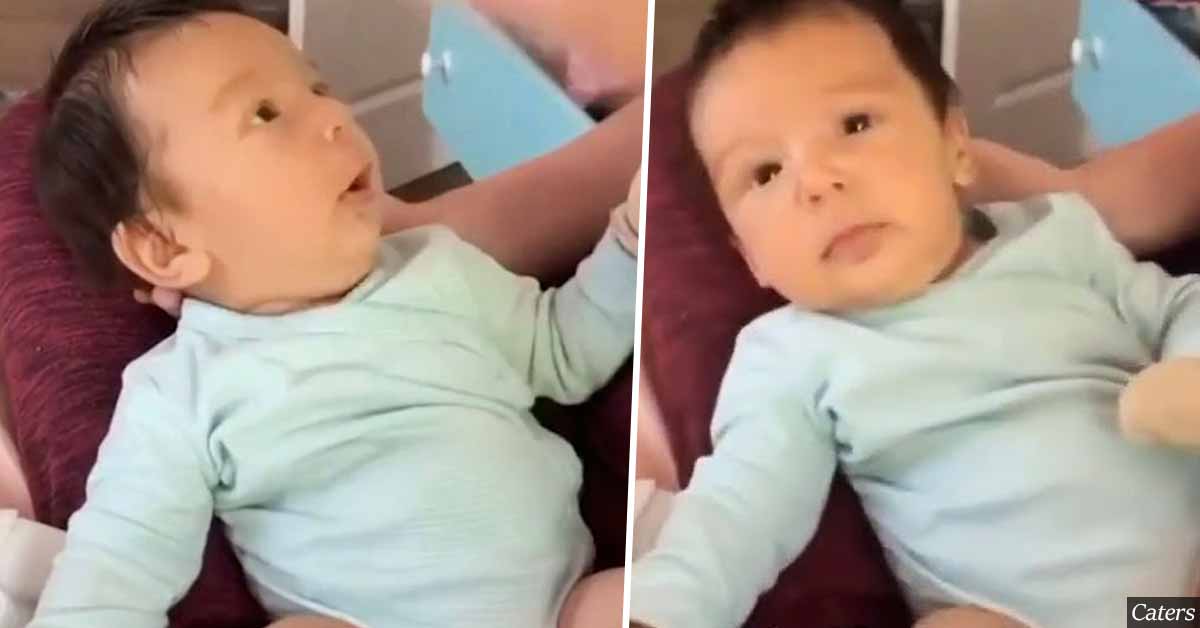 A mother is speechless when her 10-week-old baby tells her ‘I love you’ in a video. The video was uploaded on TikTok by the baby’s grandmother, Lara Skadsen, and has received over 1.1 million views. It shows the footage of the mother saying: ‘You love me’ and the child repeats the word in front of the woman’s face before repeating it himself.

A 10-week-old baby repeats the word in front of his mother’s face when he tells her he loves her. Kesia Cameron was shocked and speechless when her youngest son Roan repeated “I love you”. A New York mother holds her baby in her arms as she says in a video: ‘You love me’.

The video quickly went viral and viewers were stunned by Robb’s ability to stun her parents. The TikTok video has been viewed more than 2.5 million times, with viewers leaving humorous comments.

Roy’s ability to repeat “I love you” is a tremendous achievement, and he literally repeats what he says.

WebMD explains the various milestones of the baby conversation, and it can also take 12 to 18 months for babies to say simple words like “mom” and “dad”. They can understand and coo with 3 months, but they can’t fully understand until they’re 4-6 months old, WebMD says.

Given the time it takes to reach this milestone, repeating this sentence in just 10 weeks is a huge achievement.

The video of Roan can be seen below: