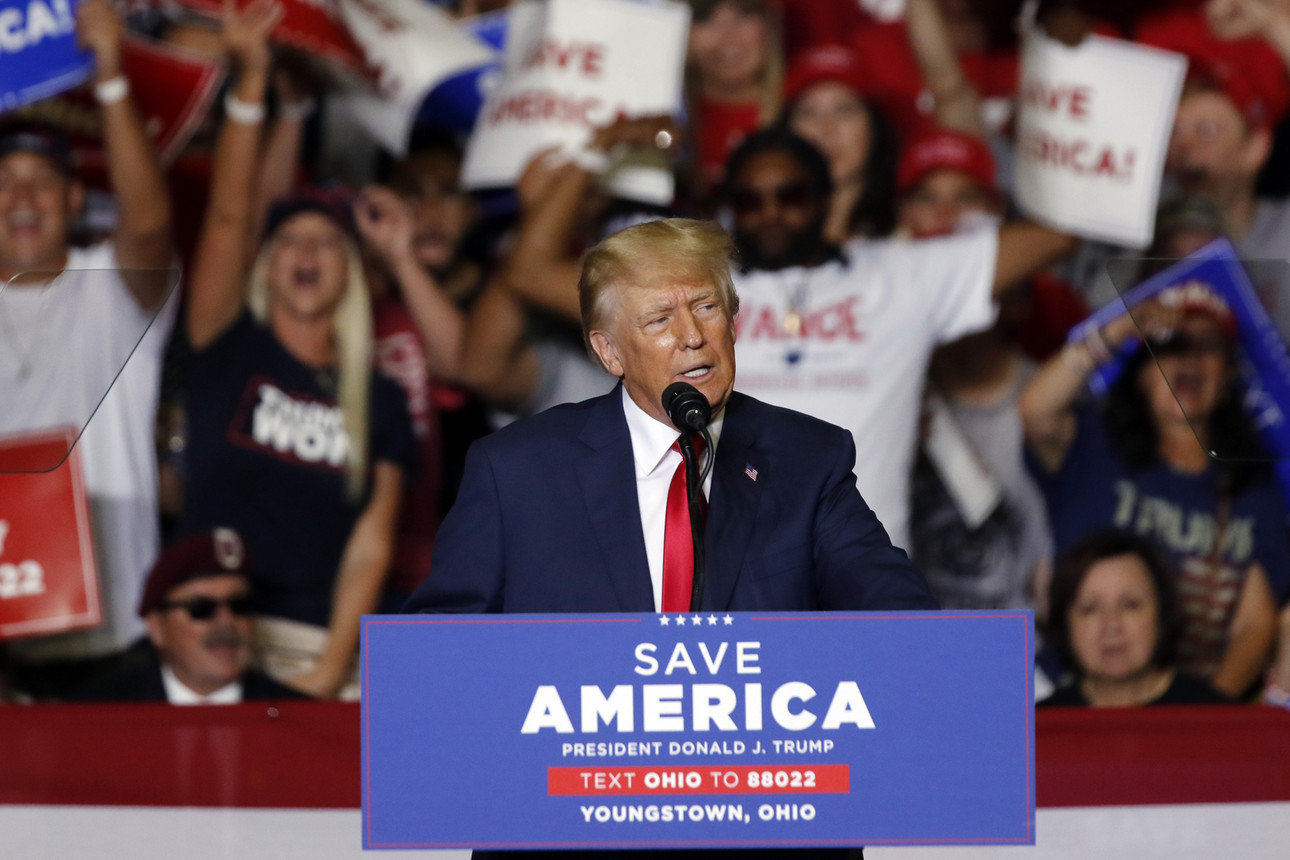 Peter Baker and Susan Glasser’s newly released book, The Divider: Trump in the White House, 2017–2021, is based on their reporting on Trump for the New York Times and New Yorker, respectively, as well as more than 300 exclusive interviews conducted expressly for the book. Even while this volume covers a lot of ground, is fascinating, and has a lot of scoopy, recently reported information, the possibility and impending future is what this doorstop of a book is ultimately and perhaps even primarily about.

Baker and Glasser conclude that Donald Trump “was, by many metrics, the most politically ineffective tenant of the White House in generations.” He twice lost the popular vote. He was twice impeached. He lost the House, the Senate, and the White House in four years. He is the first president in Gallup poll history to never have received a majority of support from Americans, not even for a single day during his one term in office. He is still “the undisputed frontrunner” to be the GOP nominee in 2024, they add. What if he won the presidency once more? “Many of the limitations that restrained Trump in the first term would be gone in a second,” they claim.

Glasser informed me that “the historical record in this live-action threat to American democracy needs to be filled out.” “We must comprehend it as completely as we can.”

Although we want this to be for history, Baker noted that it still has a lot of current-day application. “Past is prologue. The best example of that is this. You can see how the following word might go.

This superstar husband and couple team’s third book is available now. (Full disclosure: When Glasser worked as an editor at POLITICO, she recruited me.) James A. Baker III, The Man Who Ran Washington, was the subject of their most recent, which was published in 2020. Nevertheless, their first one, which was published more than 15 years ago, discussed Vladimir Putin and “his effective assault on the nascent Russian democracy.” Baker and Glasser close their introduction to this new book on the conceited, insecure, stupid, impulsive, systems-testing, and destroying Trump with a memory from the beginning of their tenure as foreign correspondents in Russia.

They report that a reformist lawmaker was questioned about the country’s unstable democracy at a Moscow event. He responded by telling a tale from the Soviet era about an ambulance driver who picks up a patient.