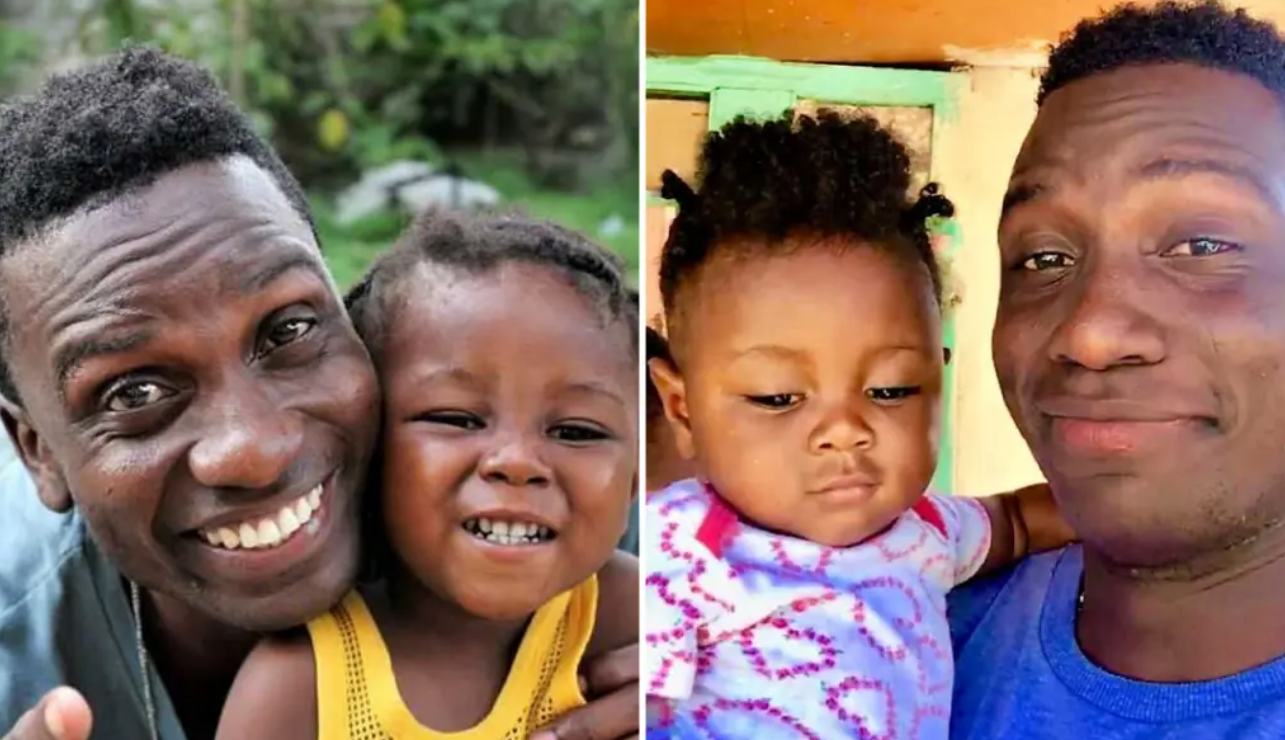 Jimmy Amisial, a student at Texas State University, had no idea how drastically his life would change after returning to Haiti in 2017.

On his way to a New Year’s celebration, the then-22-year-old happened upon a group of people gathering around a heap of rubbish.

Amisial told CNN, I spotted a baby when I came to the area where the people were creating noise.

He added, “It was in a pile of rubbish sobbing, and there wasn’t a single anyone who wanted to do something about it,” adding that this was probably due to a local superstition that the infant might be cursed or demonic. Amisial didn’t hesitate, though.

He was unclothed. He’d been there for a couple of hours, and fire ants were swarming all over him. He stopped crying as soon as I lifted him up, he informed the outlet.

He then brought the three-month-old baby home to his mother, who tried to console him and treat the bites he had received from insects. The following day, when the police arrived, he was asked whether he wanted to take on the role of the boy’s legal guardian because no one had come forward to claim him.

“I took a leap of faith by saying yes to that, even though I didn’t know how I was going to be able to take care of him,” he added.

The boy, whom he called Emilio Angel Jeremiah, remained in the care of his mother even though Amisial was compelled to return to the United States because of the student visa he was on. Amisial was forced to discontinue his studies after that in order to work as a part-time landscaper and delivery assistant to help support the boy’s upbringing.

Amisial started the legal adoption procedure for Emilio in 2019, but it has been time-consuming and expensive. According to estimates, the adoption process can take up to five years and cost upwards of $31,000. Amisial, who describes Emilio as a “joyful” child, continues to communicate with him via frequent video conversations despite this.

He enjoys singing and playing the guitar, and he enjoys watching ‘Tom and Jerry. He is a really happy child who enjoys playing sports. He said, “He plays basketball and soccer.

“My mother and I connected with him right away. He addresses me as Dad. Despite being his temporary guardian, I still regard myself as his father.”

Amisial set up a GoFundMe campaign for the money required to finish the adoption procedure as a result of their relationship, and it has amassed more than $150,000. Amisial has also thought out what she will do with any extra money.

Your contributions will be used to try to complete Emilio’s adoption. Pay for Emilio’s education, provide aid to local orphanages, impoverished families, and young people in the neighborhood, as well as perhaps cover my educational expenses and student loan burden. All that is possible with you, Amisial stated in a Facebook update.

Amisial is upbeat despite not knowing what the future holds.

“One thing I do know is that when you choose love, you can never go wrong. He said on the GoFundMe website, “It was those supernatural moments and interventions to exhibit love, clarity, and show the world that we can do better.

He told CNN that Emilio’s improved life is his only hope for him:

I want him to smile. Even though he was abandoned, I want him to know that he is not alone because I want to show him how to love.