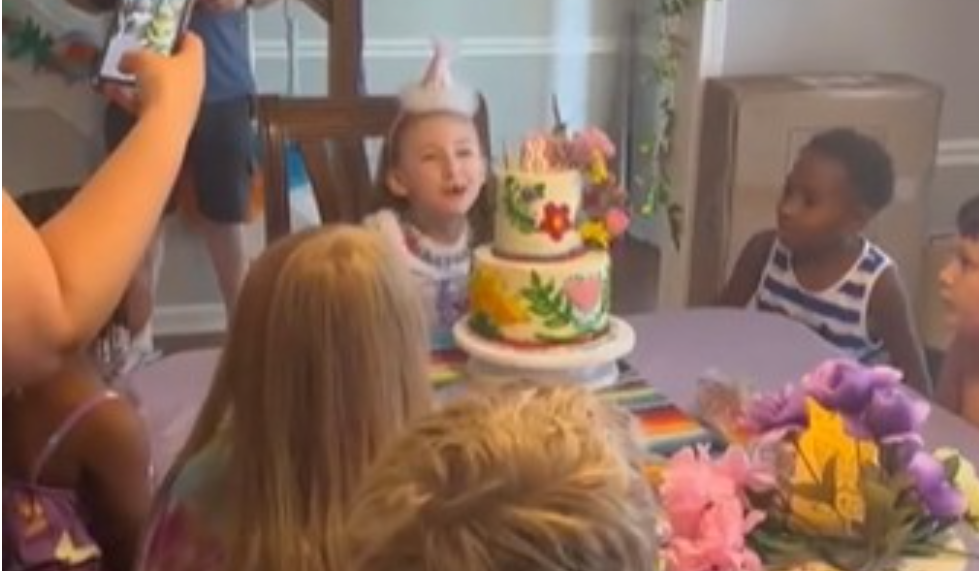 Without exception, every child deserves a birthday celebration with lots of friends and vibrant balloons. Given this, it always hurts when no one attends a child’s birthday party or doesn’t return an invitation by the deadline. Not least because their mother had recently passed away due to brain cancer, Chloe Sexton wanted her little sister to have a happy birthday when she turned 8 years old. Chloe was really upset when only one person responded to her invitation to the party. How was she supposed to provide her younger sister the nicest birthday party ever? One day before her sister’s birthday, the young woman, who was depressed, uploaded a video to TikTok. This video altered the entire day.

In the video, Chloe described how she toiled tirelessly to plan a party for Charlotte, her younger sister, who was turning 8 without her mother, who passed away unexpectedly: “Tomorrow, my younger sister turns 8. This weekend she will have her party. 83 days ago, our mother passed away from brain cancer. Only one student in her class responded to the invitation to the birthday party. I lacked the heart to inform Charlotte. Why did people respond so poorly? Why did no one in her class want to attend the party?” Chloe questioned. Charlotte had switched schools that year, but she was in danger of being extremely let down at her birthday celebration despite her attempts to make friends, which seem to have failed. For anyone with a small child, Chloe said in the video: “If a youngster in your child’s class is passing out birthday invitations, you just attend. It only takes up one or two hours of your life. Please be there.

There was also a line of cars, each bearing a present for Charlotte. It was a memorable and happy party for the young birthday girl, who remarked in the video clip, “It’s even more lovely than I anticipated it would be!”

Unknown people’s acts of goodwill allowed Charlotte and her older sister to get assistance during a time that would have been extremely draining for them otherwise. Even though the birthday celebration is done, these sisters’ days are still filled with generosity and new friendships.

To see how Charlotte’s party went, check out the video Chloe uploaded to Tiktok!