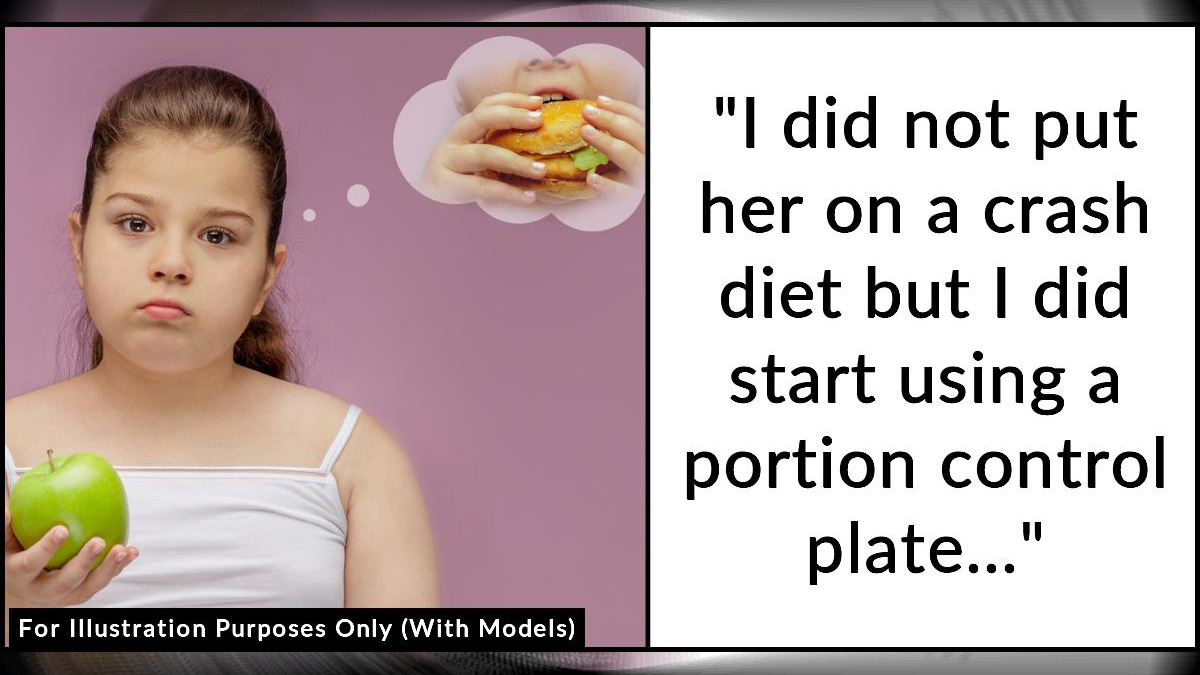 It’s fairly uncommon for people to strive to be their healthiest selves. This concept of health, however, differs from one person to the next. Some individuals define healthy as consuming certain foods and exercising for a specific amount of time each week. Others simply want to feel good about themselves and their choices in life.

Netizens have continued to ridicule a father for putting his 9-year-old daughter on a diet. When his daughter, M, was five years old, the father and his now ex-wife divorced. Following this, he relocated and only visited his daughter during breaks, but he spoke to her frequently on the phone.

After a few years, the father returned to his hometown and began seeing his daughter every other week. He did note, though, that M had begun to gain weight and decided to take action. He tried to exclude particular foods from her diet, limit her portion sizes, and accompany her to a family-friendly gym.

Unfortunately, M has developed a fear of gaining weight and of eating certain meals as a result of this. As a result, the father began to question if he was correct in placing her on a diet in the first place, and sought assistance from Redditors in February 2020. Redditors were upset with this father for “emotionally harming” his little daughter, who is still growing, and he was forced to abandon his tight diet plan.

The original poster (OP) noted in his Reddit post that when he saw his daughter in person for the first time in a long time, he realized she had gained weight. OP was concerned about the way his daughter M looked, despite the fact that it’s typical for children’s bodies to alter as they grow up.

“When I spoke with ex, she became defensive, claiming that M eats what she wants (ex is thin and healthy) and participates in a sport twice a week,” OP said. OP, on the other hand, did not believe that M exercising for 90 minutes twice a week was sufficient.

“I know it’s tougher to lose weight as you get older,” he continued, “so I decided to keep a close eye on her and do what I could during her weeks with me.” “I didn’t put her on a crash diet, but I did start using a portion control plate and packed lean lunches for her instead of allowing her to buy food.”

M’s meals were largely vegetables, yogurt, and cooked chicken breast. She also started coming to the gym four times a week with OP. “The only thing I told M about it was that we were working to get her physically fit and conscious of what she ate in the future,” OP added.

When M was requested to bring her own snacks to a birthday party, OP prepared a bag of vegetables and hummus for her. At the celebration, there would also be popcorn. M was dropped off at the party by OP, and she was picked up by his ex.

The next day, OP explained, he spoke with his ex-wife, who was upset, and his daughter refused to look at him. M had apparently warned the other kids at the party that eating their bad treats would make them fat, and that she needed to eat vegetables to lose weight. She also turned down the popcorn and pizza that had been served.

“M was crying and said she was afraid of gaining weight and making everyone hate her if she ate something nasty.”

This is a phobia that is unfortunately widespread among young girls, according to the National Eating Disorder Association. Around 40% to 60% of girls aged 6 to 12 are anxious about their weight or the possibility of becoming overweight.

OP and his ex-wife had a big fight because his ex said M was healthy and active, but OP said her body didn’t show it. “Now my ex is threatening to not bring her back to me unless I stop ’emotionally harming’ her,” OP added.

He asked Redditors for their opinions, but they promptly shut him down. Many others informed OP that if he was truly concerned about his daughter’s health, he would have taken her to see a doctor, dietitian, or nutritionist to develop an appropriate dietary plan and exercise routine for her.

Many people, however, did not believe this was the OP’s purpose. “You only worry about how she is seen by others,” one person said. “If your daughter is sobbing about her weight and afraid to eat, then you have handled this terribly,” another commenter commented. This is how ’emotional injury’ is defined. You may have the best of intentions, but something is seriously wrong here.”