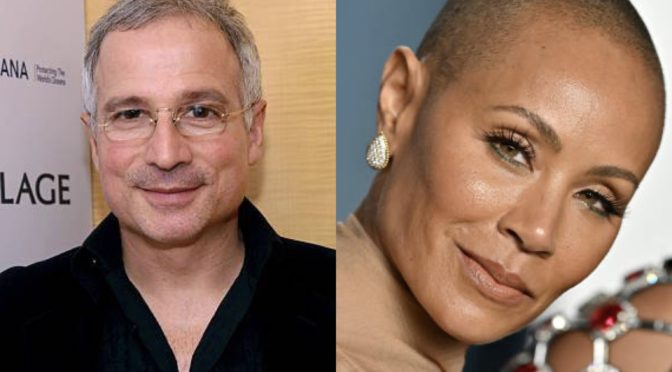 The hairstylist for “G.I. Jane” doesn’t understand why Jada Pinkett Smith made a “sour” expression at the Oscars in response to Chris Rock’s bald joke.

Enzo Angileri, who designed Demi Moore’s buzzcut in the 1997 film, in which she played a soldier enlisting in the military, said he had no idea Pinkett Smith had alopecia, but that her eye roll still puzzled him.

In an exclusive interview with Page Six, the Italian-born hairstylist says, “I thought she looked magnificent, so royal.” “At first, I felt it was a fashion choice… I’ve never seen her look so stunning.”

Rock’s remark, “Jada, I love you, ‘G.I. Jane 2,’ can’t wait to see it,” prompted her husband Will Smith to charge the stage and hit the comedian, was “sweet” and “benevolent,” according to Angilieri.

“In my judgment, nothing to induce such a rolling of the eyes that prompted her husband to act in that manner,” he continues.

Pinkett Smith made a disparaging grimace when she heard the joke, while her husband, Will Smith, originally chuckled but quickly changed his mind after seeing his wife’s irritated reaction.

“Keep my wife’s name out of your f–king mouth,” the “King Richard” star said twice as he stepped onto the platform, slapped a visibly stunned Rock, sat down, and slapped him again.

Smith’s remark, according to Angilieri, was “absolutely inappropriate.”

He wondered aloud, “Don’t we try to teach our kids not to raise their hands?”

Jennifer Lopez, Lucy Liu, Nicole Kidman, and Katie Holmes have all worked with the hairstylist, who has also done runway presentations for Armani and Versace.

Charlize Theron and him have a close working relationship. They’ve collaborated on films such as “The Huntsman” and the actress’s Dior campaign. And, according to Angilieri, he was the one who persuaded the “Atomic Blonde” actress to shave her head for the 2015 picture “Mad Max: Fury Road.”

“I assisted Charlize in making that decision,” he admitted.

Angilieri claims to have worked with Will Smith and describes him as “the kindest guy,” but thinks it’s a little silly that everyone is talking about the Oscars slap.

“Considering the news right now,” he observes, “it’s foolish to talk about this.”