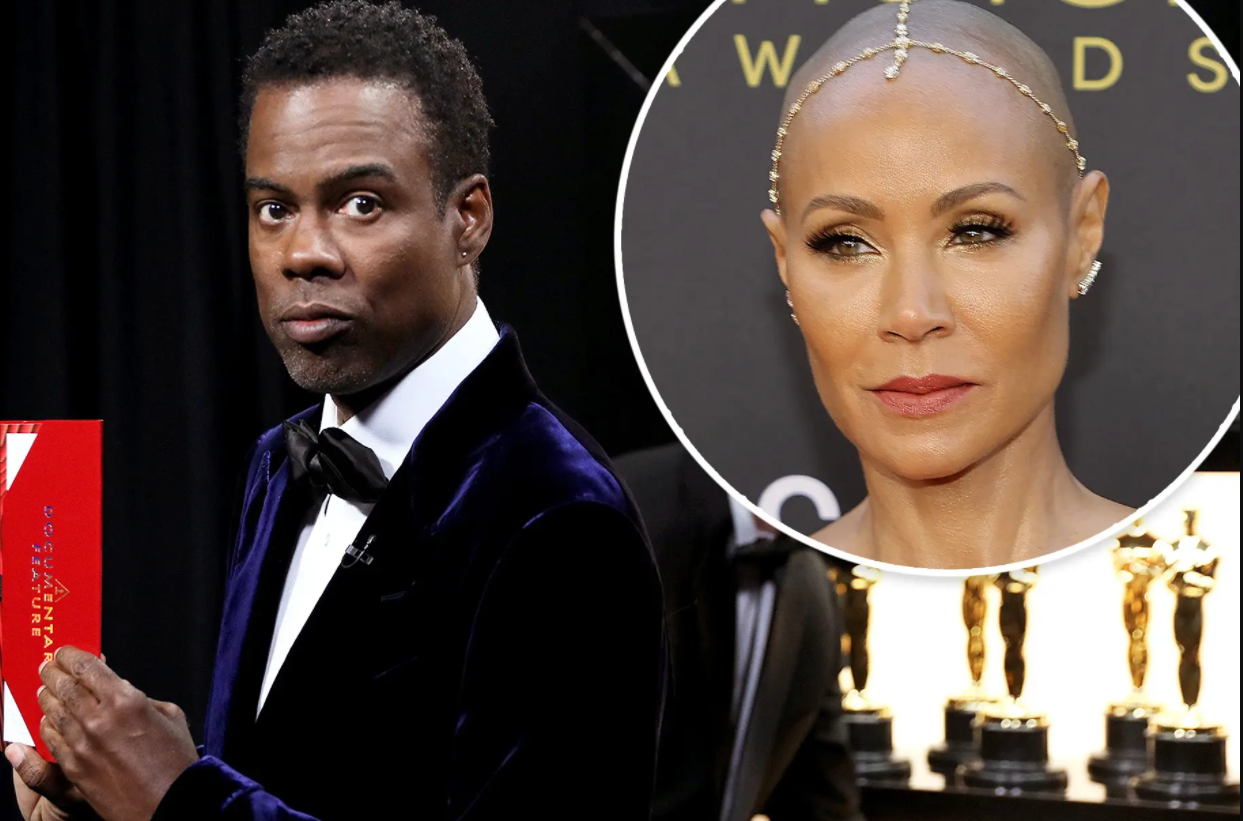 Will Smith stormed on stage and slapped Chris Rock on live TV after he made a joke about Jada Pinkett Smith’s shaved head at the Oscars.

According to sources, Chris Rock had no idea Jada Pinkett-Smith had alopecia when he made a joke about her hair at the Oscars.

The stand-up comedian made a remark about Jada’s shaved head while hosting the star-studded event on Sunday night, adding he couldn’t wait for “GI Jane 2.”

Will Smith came on stage and slapped Chris across the face on live TV when 50-year-old Jada rolled her eyes at the joke.

Fans initially mistook it for part of the act, but the atmosphere swiftly altered as Will yelled, “Keep my wife’s name out of your f***ing mouth!”

Former Saturday Night Live actor Chris had “no idea” about Jada’s medical condition, according to a person with direct knowledge of the disagreement.

They went on to say that the comic “doesn’t have a bad bone in his body” and would never intentionally upset someone on such a personal level.

Will’s smack was alleged to have left Chris “shaken and befuddled,” but he managed to keep the show going.

He then went to an Oscars afterparty to attempt to have a good time before the night was over.

Despite rumours that Chris and Will had resolved their differences and buried the hatchet, a source stated neither had communicated since the on-stage brawl.

Will has apologized publicly to Chris, stating that he was “out of line and inappropriate” and that his actions were “unacceptable and reprehensible.”

Chris will not file charges against Will, according to the Los Angeles Police Department.

Will will also keep his first-ever Oscar, which he won for his portrayal of Serena and Venus Williams’ father in the film King Richard, according to Academy governor Whoopi Goldberg.

“I think he overreacted,” she remarked. I believe he had one of those times where he said to himself, “Goddamn it, just stop.”

“I understand that not everyone behaves in the way we would like them to when they are under duress. And then he snarled…”

“Sometimes you reach to a point when you behave terribly,” she continued. On occasion, I have acted inappropriately.”

Jada, Will’s 25-year-old wife, initially revealed her hair loss in a Facebook Watch series in 2018, explaining why she wore turbans.

She later decided to shave her head fully and has been candid with admirers who have followed her journey since then.

“Now at this point I can only laugh… y’all know I’ve been battling with alopecia,” Jada said in a video message to her 11 million Instagram fans in December.

“And then one day,” she added, pointing the top of her head in the direction of the camera.

Alopecia areata is an autoimmune illness in which your body attacks its own hair follicles, causing your hair to come out in clumps.

Doctors aren’t sure why it happens, but genetics is thought to play a role.