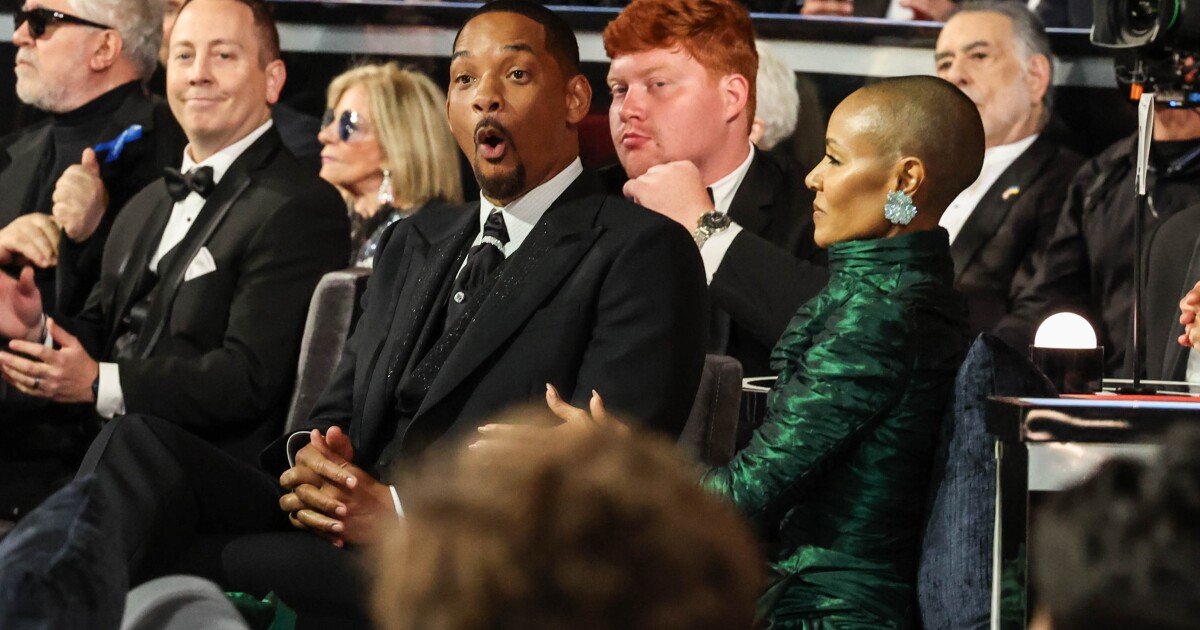 The Academy’s leadership is “upset” by the actor’s “unacceptable and hurtful behavior” on stage at the ceremony, according to an internal letter emailed to members.

According to an internal memo acquired by EW on Wednesday, Academy authorities have harshly denounced Will Smith’s behavior at the 2022 Oscars.

The Academy’s leadership was “upset and outraged” over Smith slapping comedian Chris Rock on stage during Sunday’s live telecast after the comedian made a joke about the actor’s wife, Jada Pinkett Smith, and her shaved head while presenting the award for Best Documentary Feature, according to the letter, which was sent Tuesday evening by Academy President David Rubin and CEO Dawn Hudson.

“As specified in our regulations,” the letter adds, “the Academy’s Board of Governors will now make a determination on appropriate action for Mr. Smith.” “As mandated by California law and laid forth in our Standards of Conduct for members of nonprofit organizations like the Academy, this must go through an official procedure that will take a few weeks.”

While retaining the organization’s standards, Rubin and Hudson pledge that the process will be “efficient and respectful of all concerned.”

One Academy member, speaking on the condition of anonymity to EW, described the letter as “profoundly disturbing” due to the group’s “perceived passivity” on the issue.

“As the academy continues its perceived inaction,” they said, “the letter Tuesday night is terribly troubling.” “After the letter was distributed late last night and early this morning in a few branches, I received a lot of texts and phone calls from people who are disappointed and angry about what is happening, or should I say what isn’t happening. If that assault had been done by a costume designer, another actor, or a sound editor, they would have been arrested right away.”

Following the event, the Academy initiated an inquiry that could lead to disciplinary action, including the revocation of Smith’s Oscar for his main performance in the 2021 drama King Richard, which he won on Sunday night.

Since the 94th Academy Awards, Smith and Pinkett Smith — who has alopecia and was visibly outraged by Rock’s impromptu joke about her maybe participating in G.I. Jane 2 — have addressed the topic in various ways. In his acceptance speech, the former apologized to the Academy and his fellow nominees before issuing a formal apology to Rock in an Instagram post on Monday, while the latter mentioned a “season of healing” in a subsequent social media message.

In his statement, Smith, 53, said, “Violence in all of its manifestations is poisonous and destructive.” “My behavior at the Academy Awards last night was both terrible and inexcusable. Jokes about my health are expected on the job, but one concerning Pinkett Smith’s health was too much for me to handle, and I reacted emotionally.”

An industry source close to the situation told EW that Rock’s G.I. Jane 2 joke “was not in the script” the comedian was supposed to stick to, and that the Academy “seriously considered” removing Smith from the ceremony after the altercation, but that “varying opinions” from everyone involved — including ABC, the Academy, and representatives for both performers — were difficult to survey and respond to during a live show.

“You’re also concerned about Chris Rock’s well-being. So basically, making a significant decision like that in a 10-minute window and getting everyone together and having that debate logistically was a headache and borderline impossible “EW was informed by an industry insider.

Tiffany Haddish, who co-starred with Smith in the film Girls Trip, has now expressed support for Smith’s conduct, while Jim Carrey, John Leguizamo, Zoe Kravitz, and event cohosts Amy Schumer and Wanda Sykes have all spoken out against the incident.

“Violence is never the answer,” Sykes told PEOPLE, while Schumer claimed on Instagram that the event has left her “still triggered and scared.”

Smith and Rock’s representatives have yet to react to EW’s requests for comment.