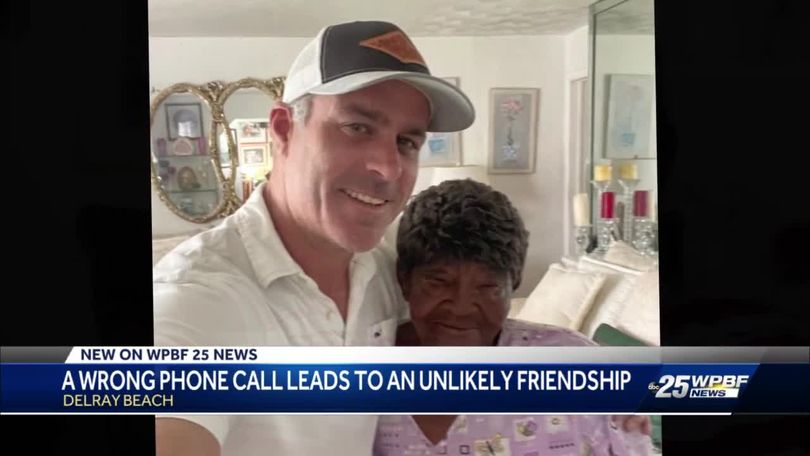 A woman has been phoning the wrong number for the past 20 years, but her lovely mistake has transformed into an odd relationship.

Gladys Hankerson, now 80, was trying to reach her sister in Maryland more than 20 years ago, but she kept calling area code 401 instead of 410.

Mike Moffitt, now 46, was the guy on the other end of the line.

“I was trained by my father, you always answer your phone, you never know who it is,” Moffitt, of South Kingstown, Rhode Island, said.

As a result, he picked up the phone.

“Oh, honey, I’ve got the incorrect number,” Moffitt replied, before quickly hanging up. She did it a number more times that day, the following week, and maybe the following month.”

“Finally, I simply grabbed it and said, ‘Wait, wait, before you leave, who are you, where are you from, what are you trying to do?’ and we started chatting,” the guy said.

“I told him I was trying to reach my sister and he said ‘this is Mike,’ and I said my son was passed away and he said I’m so sorry and he talked real kind to me and I talked real sweet to him, and after that, I got his phone number and I wrote it down and I always called him,” Hankerson recalled.

Hankerson’s life was terrible at the time since she was divorced and had recently lost a son. Mike, she said, always made her feel better.

“I was downhearted at the moment, and he sensed my sorrow and boosted me up, he was really lovely,” Hankerson continued.

This guy surprised Gladys at her house in Delray Beach as Mike and his family were in Florida for the Thanksgiving holiday, with his children laughing from the car, delighted for the much-anticipated rendezvous.

“I come in and say, ‘I’m Mike from Rhode Island,’ and she just throws her hands up and says, ‘I’m blessed,'” Moffitt recounted.

“Oh, that was such a wonderful day; it was the nicest Thanksgiving ever; it made my day.”

What some may consider an inconvenience revealed that there are amazing individuals in the world who are only an incorrect phone number away.