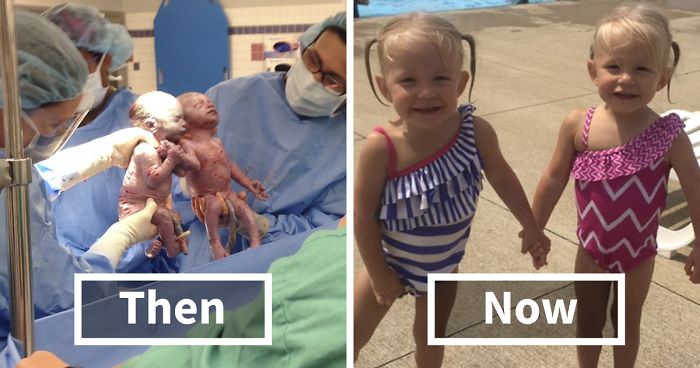 After being taken off a ventilator, a pair of US twin sisters who were born holding hands were breathing on their own, according to their mother.

Monoamniotic birth is a rare situation in which Jillian and Jenna Thistlethwaite share an amniotic sac and placenta.

They were born on Friday in the Ohio state of the United States, clutching each other’s hands as physicians hoisted them up for their parents to view following delivery.

Only one in every 10,000 pregnancies results in a monoamniotic delivery.

Monoamniotic twins are at risk of becoming entangled in each other’s umbilical cords, therefore Ms Thistlethwaite, 32, was watched for weeks at Akron General Medical Center in Akron.

Holding her children was “the finest Mother’s Day present ever,” she told the Akron Beacon Journal.

She said, “I can’t believe they were holding hands. That’s incredible.”