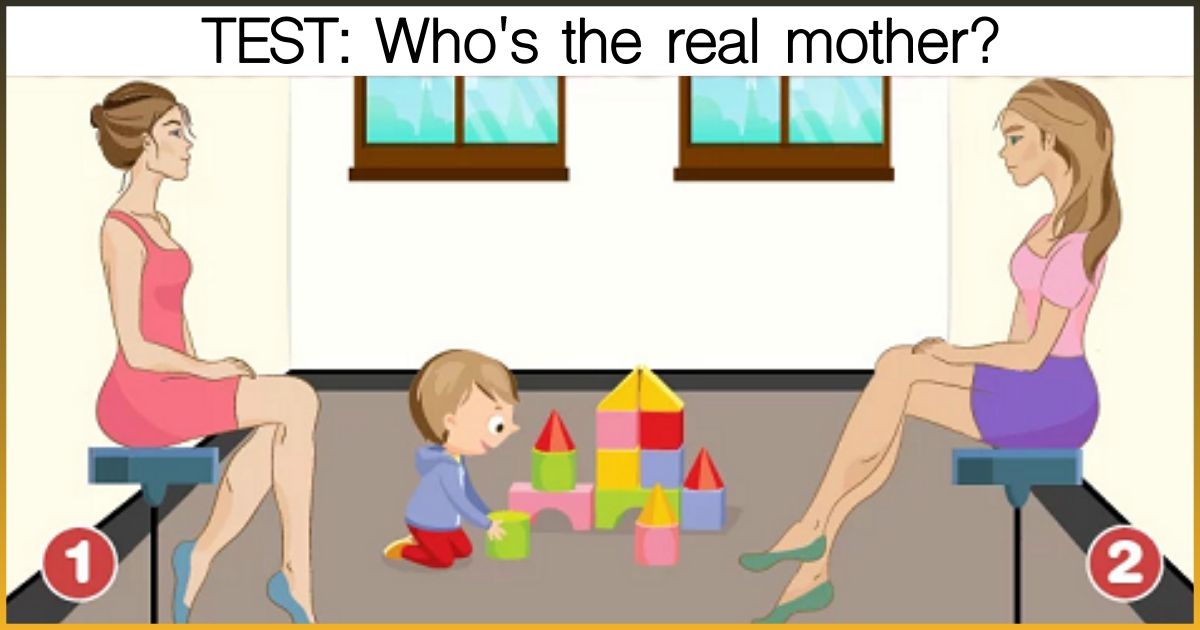 Here are five riddles that test the first portion of logical thinking, which requires attention to detail, if you enjoy taking these types of exams for fun. Are you able to solve these puzzles? Can you figure out who the true mother is or whether the suicide was actually a murder?

Test 1. Who is the Real Mother? 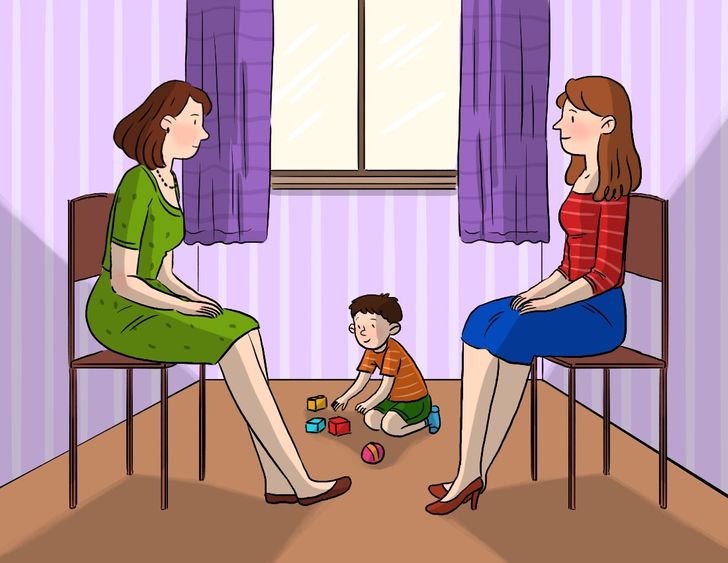 Here’s an example of the type of question that may appear on an FBI test. It necessitates both logical and imaginative reasoning. So have a look at this image for a few seconds. Two ladies are seated across from one other, with a kid playing on the floor between them. Who do you believe is the true mother, and why do you believe that?

Answer: The actual mother, dressed in a green gown, is seated on the left. She appears to be the mother based on two clues. Her posture is one of them. In a defensive position, she’s slightly bent forward. Two, the youngster is standing in front of her. When playing or completing an activity, children frequently face their parents since they instinctively want their attention.

Miranda and Jules shared a drink in a pub. They each ordered the same beverage. Jules was extremely thirsty, and in the time it took Miranda to complete one, he finished five. The beverages were poisoned, but Miranda was the only one who died. How?

Answer: The ice was poisoned, not the drink. Miranda’s ice had melted and seeped into the drink. Jules, on the other hand, drank hers before the ice melted, saving her from the poison.

A dead body was recovered at the bottom of a tall building by a witness. The individual appears to have committed suicide by jumping from one of the upper stories. When the detective arrives, he proceeds to the first floor to investigate the shuttered window that looks out over the body. He throws a penny out the window and onto the street. This is something he does on every story of the building. He claims that this was a murder, not a suicide, when he returns to the main level.

How did he arrive at such a conclusion?

To toss his coin, he had to open the window on every floor. The window would have remained open if the person had committed suicide. The window has to be closed by someone else.

Test 4. Who Stole Her Mother’s Ring?

Georgina reported a robbery to the police. Someone had smashed her window and taken an antique diamond that had belonged to her mother, she said. When the cops came, they discovered a shattered window with glass strewn across the lawn and muddy tracks strewn across the carpeting. Georgina was arrested for fraud when the police surveyed the scene. Why is that?

When the cops arrived at the murder scene, they observed that the window glass was all over the lawn, indicating that it had been shattered from the inside rather than the outside, as Georgina claimed, implying that she had set up the scene herself.

In his office, a guy was discovered deceased. In one hand, he clutched a pistol, and in the other, a tape recorder. To hear the message, the cops hit play on the recording. They overheard the man remark, “I can’t go any farther.” “I have no reason to live,” he said, followed by a gunshot. The recording was switched off, and the case was deemed a murder, not a suicide, by the police. How did they figure it out?

Answer: If the guy had died as a result of the shooting, he would not have been able to stop the recording and rewind it for the police to listen to. It needed to be rewinded by someone else.