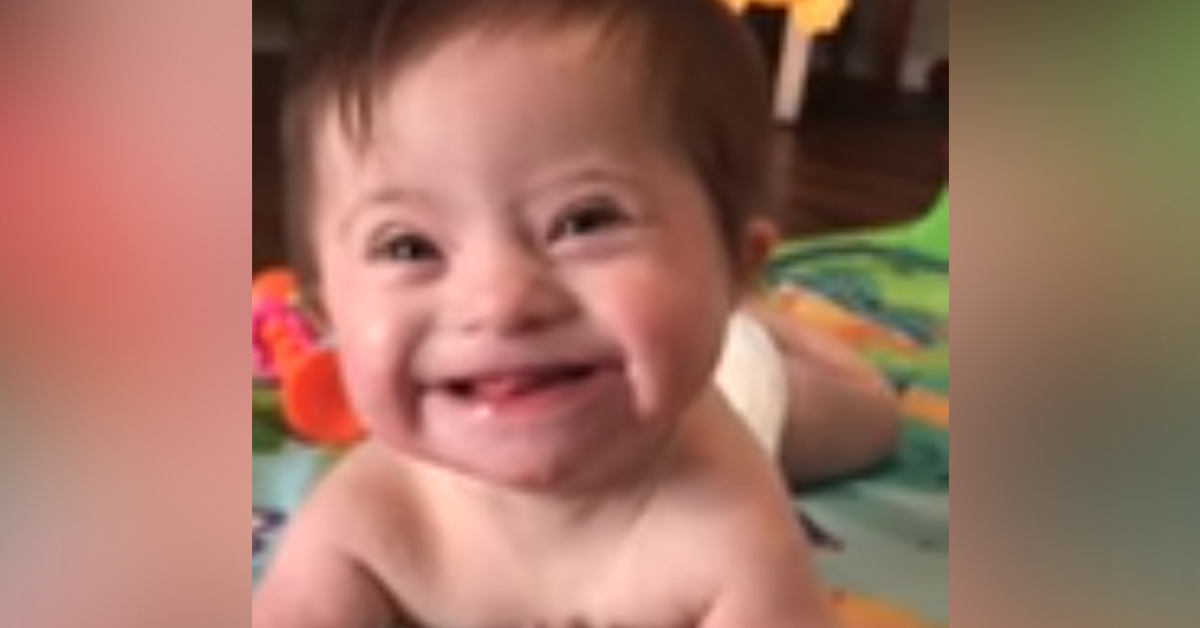 The world is full of ups and downs; it is the unpredictable nature of life that makes it worthwhile to live. We are sometimes ahead of schedule, and other times we are behind schedule. So, what do you do when the odds are stacked against you from the time you are born? After being adopted, a youngster with Down syndrome has discovered a new cause to smile. The National Down Syndrome Adoption Network, which played a key part in her adoption process, filmed this poignant event.

The adopted young girl smiles and looks into the camera in the video, which was released on their official Facebook page on October 12, 2019. With over 17 million views and counting, it has garnered over 208K likes and 382K shares. This is a smile that has captured the attention of the entire globe.

The video was accompanied by the caption: “New smiles are the finest grins!” Over 28K comments have been left on #babygirl #smilingsweetie #Downsyndrome #Downsyndromeadoption #spreadingjoy.

The NDSAN has assisted 16 infants and toddlers in finding adoptive families so far this year. According to the organization’s representatives, the infant in issue, known only as Baby H., was adopted early this year to a loving family and, based on the video, she is settling in nicely.