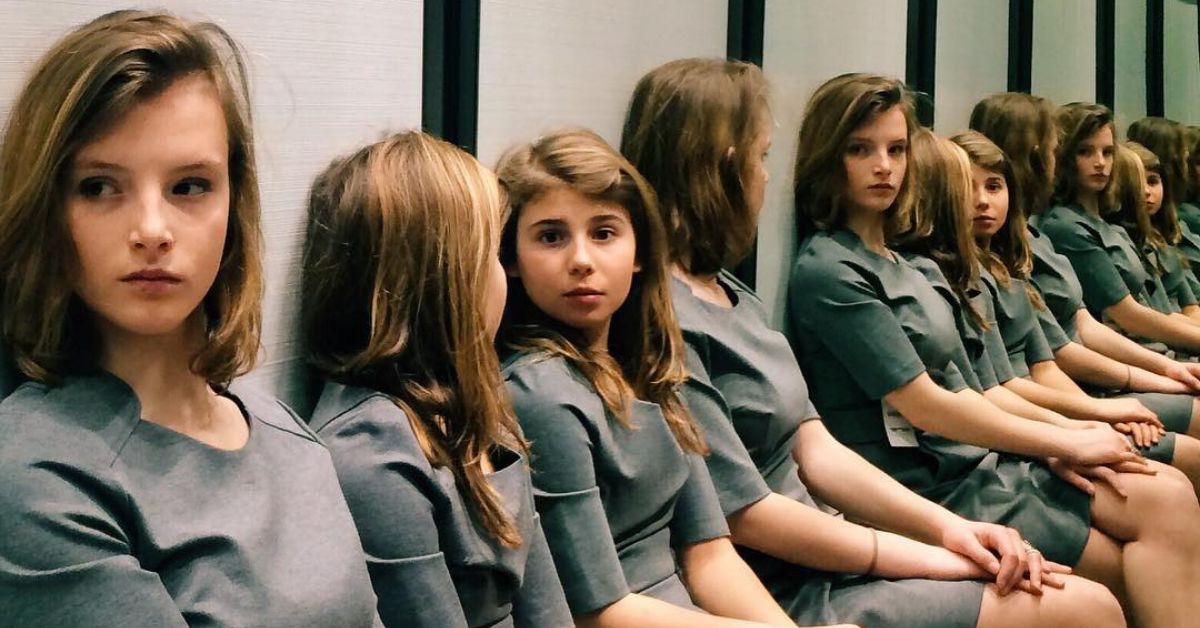 Illusion of a mirror picture

Once Tiziana Vergari, a Swiss photographer, shared a perplexing shot on Instagram. The image went viral almost immediately, since it perplexed many onlookers. The photograph was created as part of a weekend “hashtag” project, and in only one week, it has been shared and liked over 13,000 times.

Is there anything odd about this picture? Several girls may be seen seated in a clothes store in Switzerland if you look closely. The kids are seated near some mirrors, which results in a surprising optical illusion. Counting the girls is tough for many individuals. Hundreds of people commented in the comments section, attempting to figure out how many girls are in the photo.

Viewers’ perceptions of the quantity of girls differ greatly. Some claim there are two females, while others claim there are fourteen. Many people believe the image depicts twins, and there have even been suggestions of triplets. Let’s see how many gals there are. How many females do you notice? When attempting to answer the question, it is preferable to have a basic understanding of how the mirror works. Tiziana Vergari, who posted the photo, said she was surprised at how popular it got. She also didn’t anticipate the photo causing so much concern. The mother clarifies that the girls in the photo are her kids, and that she only has two:

“I only have two daughters,” says the mother.

If you have to spend a long time seeking for the answer, don’t blame yourself. The image is really difficult to decipher. But it’s for the best, as brain training is always beneficial. Keep your mind alert and tell your friends and family about this trick!