How Many Circles Are Hiding In This Viral Image?

Relax your eyes and count the number of circles in the picture.

It goes without saying that the Internet enjoys a good riddle. The one presently sweeping the internet is one with a simple secret hidden in plain sight (aren’t they all?). The problem is that not everyone can figure out what it is.

A image that has gone popular on Facebook and Twitter displays a rectangular pattern that is relatively regular. However, because it’s an illusion-based puzzle, there are circles in the image that many people can’t seem to discover. That’s what’s driving a lot of people insane.

Although the puzzle is not new, it has once again gone popular on social media. Nicholas J. Johnson, a magician and performer, uploaded a version that has received over 6,300 shares and over 2,400 responses. Take a look at the image and see how many circles you can spot. 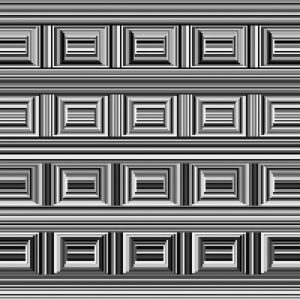 According to Today.com, Anthony Norcia, previously of the Smith-Kettlewell Eye Research Institute, devised the illusion, which was one of the finalists in the 2006 Best Illusion of the Year Contest. The ‘Coffer Illusion’ is the name given to this optical illusion. Its name comes from the word coffer, which literally means “a decorated sunken panel.”

Let us know if it’s too difficult for you. In the shot, there are a total of 16 circles. Allow your eyes to relax and notice the gap between each rectangle; here is where the circles are hidden.