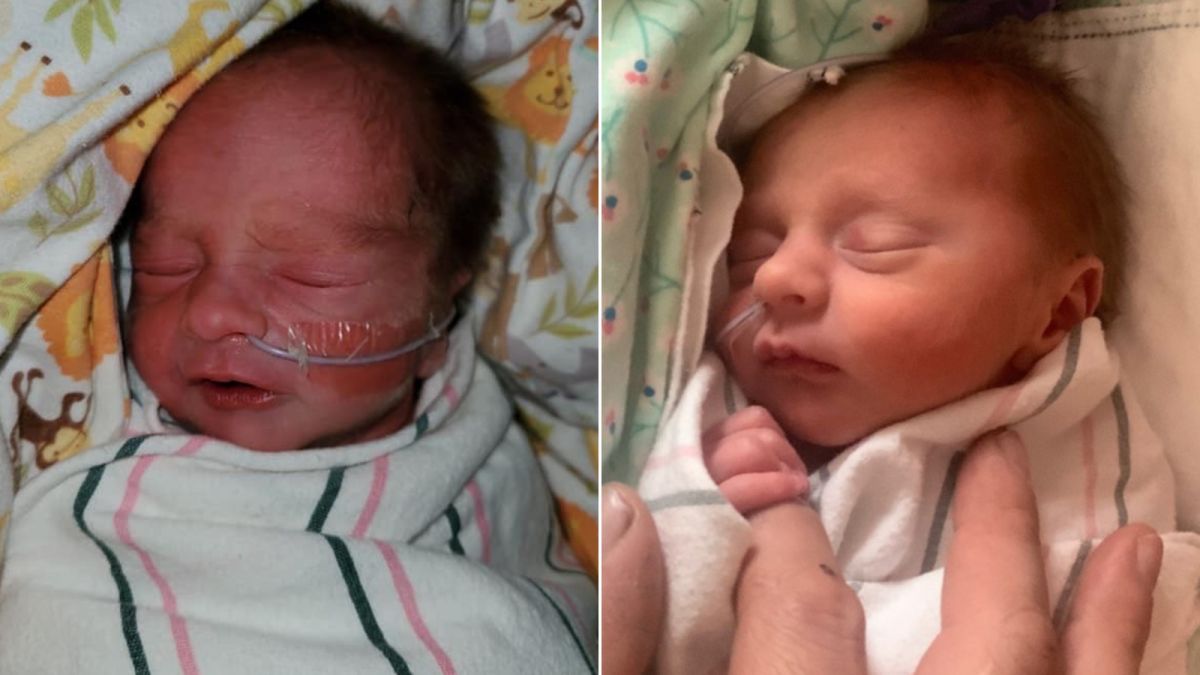 An Indiana lady gave birth to twins with identical DNA but different birthdays.

Gilliam wasn’t supposed to give birth until February 19, according to local television station WBNS, but she ended up at Ascension St. Vincent Carmel Hospital in Carmel, Indiana, when she stopped feeling any movement from her unborn kids.

Joslyn, who was born at 11:37 p.m. and weighed four pounds and eleven ounces, was delivered prematurely. She was the final baby delivered at the hospital in 2019 and the decade.

Jaxon weighed four pounds, five ounces when he was born at 12:07 a.m., a little less than his twin sister. He was the first child born in the new year at the hospital.

On Friday, Gilliam informed the reporters in the maternity hospital lobby, “We’ve known for a long that she was going to be born first.” “She’s been in position for the whole of the pregnancy,” says the mother. “He was, of course, breech. As a result, he took a while to arrive.”

The couple from Pendleton, Indiana, had discussed having children born on separate dates, but never expected it to happen, according to father Jason Tello.

Tello said, “I’m still a little overwhelmed.” “We had discussed how amazing it would be if they were born on separate days, but now we have this surprise—different dates, different years. That was unquestionably fascinating to us. We’re still at a loss for words.”

Gilliam, who also has two other children, James, 10, and Gabryel, five, told Today that her newborns had different personalities.

“She won’t take my finger, but she’ll grab Jason’s,” Gilliam said. “She opened her eyes, squinted extremely hard, and then closed them while I was holding her the other day. I returned her to Jason, and she was once again happy.”

Jaxon, on the other hand, is settling in quickly.

“He won’t grab Jason’s finger, but he’ll grab mine,” she explained.