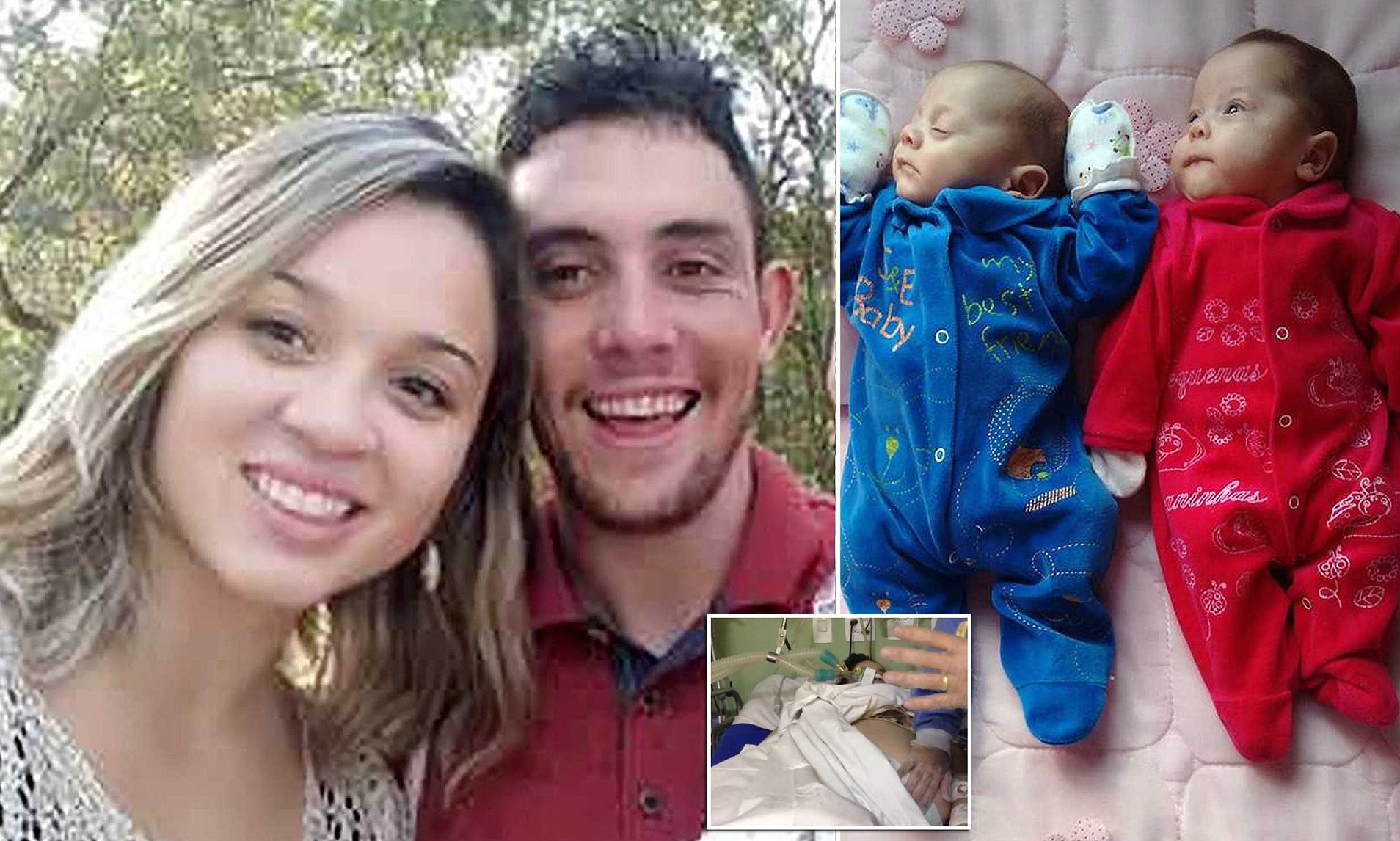 Last year, tragedy struck for the Padilhas of Brazil when Frankielen, the soon-to-be-mom, had a serious brain hemorrhage. In October 2020, her physicians declared her brain dead, since there was nothing further they could do for her. They were certain that her unborn twins, who were nine weeks pregnant at the time, would die in the same way. The infants, however, were still alive, which can only be characterized as a miracle. Furthermore, despite the fact that their mother was officially deceased, they were still developing and thriving.

Dr. Dalton Rivabem, head of neurological ICU, stated, “We conducted an ultrasound on the embryos assuming they would be failing in the womb but to our amazement they were clinging to life.” “All of Frankielen’s organs were intact and functioning as if she were still alive. We decided to keep her alive in order to rescue her unborn children. And we watched them develop regularly every day.”

Her organs were kept functioning by her relatives and physicians until the babies could be born. They kept her body alive for 123 days, or about four months, which is the longest time an officially “dead” mother has been kept alive to give birth. Her twins were delivered by c-section, which their father described as a “miracle.

“I Won’t Be Coming Home”

Frankielen phoned her husband one day in October, pleading with him to come home from work. She was in excruciating agony in the back of her neck, and her head hurt so much she thought she was going to pass out. She was weeping, trembling, disoriented, and vomiting because of the agony. Her husband took her to the hospital right away.

“I want you to be prepared to accept this because I will be staying there, I won’t be returning home,” she said as he took her to the hospital, he recounted. “After that, she passed out, and those were her final words to me and the last time I saw her alive.”

The doctors believed the infants wouldn’t live after three days of attempting to save them with numerous medicines and antibiotics. They were, as we all know, incorrect.

The twins, one girl and one boy, weighed 1.4kg and 1.3kg, respectively, when they were delivered. Their health was no different from that of any other preterm baby of the same age. Of course, the family is heartbroken at the loss of their daughter, sister, and wife, but they are thrilled that her legacy will be carried on by her children.

“I am really proud of my daughter. It’s been difficult to lose her, but she was a warrior to the end, defending and raising her beautiful children until the day she died,” her mother added.

Throughout Frankielen’s pregnancy, physicians, nurses, and the rest of the medical staff took turns singing to, chatting to, and stroking her baby belly. They tried their best, together with the rest of the family, to fill the room with as much love as possible for the infants’ safe growth. Thousands of Brazilians gave to the family, and the infants’ father is currently renovating their home with some of the money. He now needs a place to live with his wife and their two-year-old daughter, as well as the twins. When the infants were delivered, everyone, including the physicians and hospital personnel, wept.

“Frankielen has appeared to me on several times, particularly when I was despondent and pleading with God to return her to me,” her husband stated. “Baby, I can’t come back to you anymore,” she murmured one night as she sat on my bed. I have to remain. Now I’m at a lovely location. You still have a major assignment to fulfill. You must care after our children and be strong in order to go on with your life.”

The family finds solace and delight in the newest members of their family, despite the tragedy.

What Is Brain Death?

When something terrible happens to a human’s brain, it causes brain death, often known as being brain dead. Because it is irreversible, there is nothing that can be done to bring them back to life, even if their body is still working. They need a life support machine to keep their hearts and, by extension, the rest of their bodies working. Brain death can be brought on by a variety of factors:

Because there is no brain function, this is not the same as being in a coma or vegetative state. Unfortunately, once someone is brain dead, there is nothing that can be done to save them.