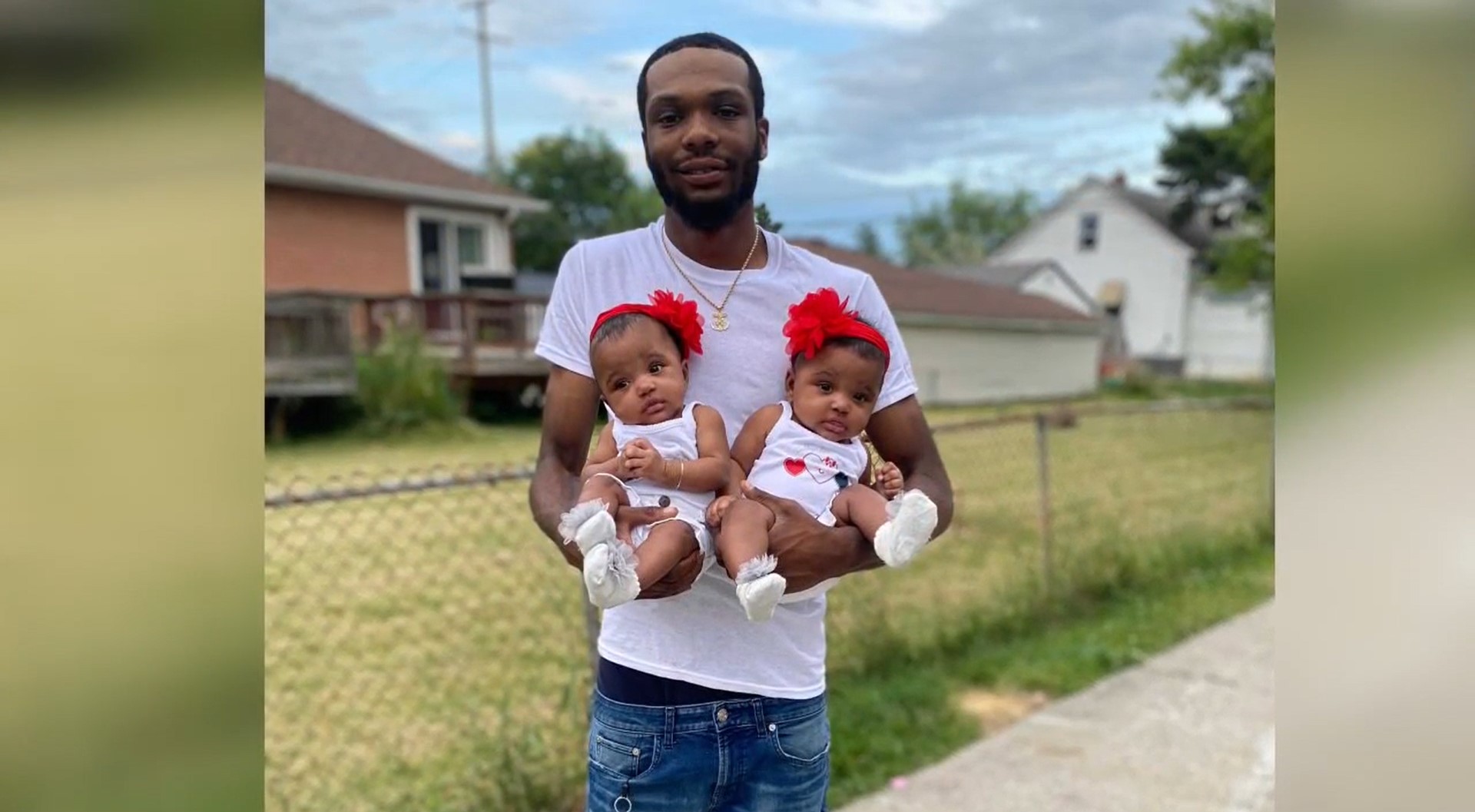 As mothers or parents, we all adore our children and would do anything on the planet to protect and safeguard them. It’s difficult to comprehend how intense it would be if we ever needed to do anything extreme to save our children’s lives. This father rescued his daughters from a fire at their Eastpointe, Michigan house (the source of the fire has yet to be identified). This story demonstrates how quickly things may go horribly wrong and how cautious we must be, particularly when leaving our children alone or in the hands of strangers.

Ray Lucus and his girlfriend Shi’Ann Brown went to the store on July 17th, which was not far from their house. Ray’s mother had been left to care for his 18-month-old twin daughters. Ray and Shi’Ann returned home from the shop to find their house engulfed in flames, with Ray’s mother screaming for assistance from the front yard. Inside the home, the twins were. Ray told CNN that he quickly acted after realizing that he had no choice but to save his children.

The father saved his girls by being quick enough as the fire quickly spread across all three levels of their home. Even though he arrived barely in time, he and his children were still burned. Despite the smoke and flames, Ray managed to keep both daughters near and get them out of their crib in the basement of the house.

“I actually only discovered my babies because of my recollection, simply knowing where they were and how to get there — just because I took the same path every time. I was overjoyed that my babies were unharmed and that everyone was able to escape the situation. We didn’t lose a single person.”

This father’s method of rescuing his daughters was perhaps not the wisest. It’s never a smart idea to run into a burning building blindly. Fortunately for Ray, they all survived. His bravery, however, did not spare him or his daughters completely. Ray was blinded for three days after suffering second and third-degree burns. Both of his children had significant burns and were taken to the Children’s Hospital of Michigan in Detroit’s Intensive Care Unit.

“My arms, my ears, the right side of my face, and my neck were all burnt. My vision appears to be returning to normal, though it might be better.”

While the father was able to save his girls, he and his family were sadly destroyed by the fire. Not to add the astronomically high medical expenses.

“The home didn’t completely burn down, but it’s too late. Smoke damage and fire have destroyed everyone’s belongings. It still doesn’t feel real to me… To me, the scenario is still surreal.”

Ray’s aunt has stepped in to help by creating a GoFundMe campaign to gather cash to assist Ray with his debts and the rebuilding of their life as a result of the fire. Despite the fact that they had planned to raise $40,000, more than 8,000 people have given more than $286,000!