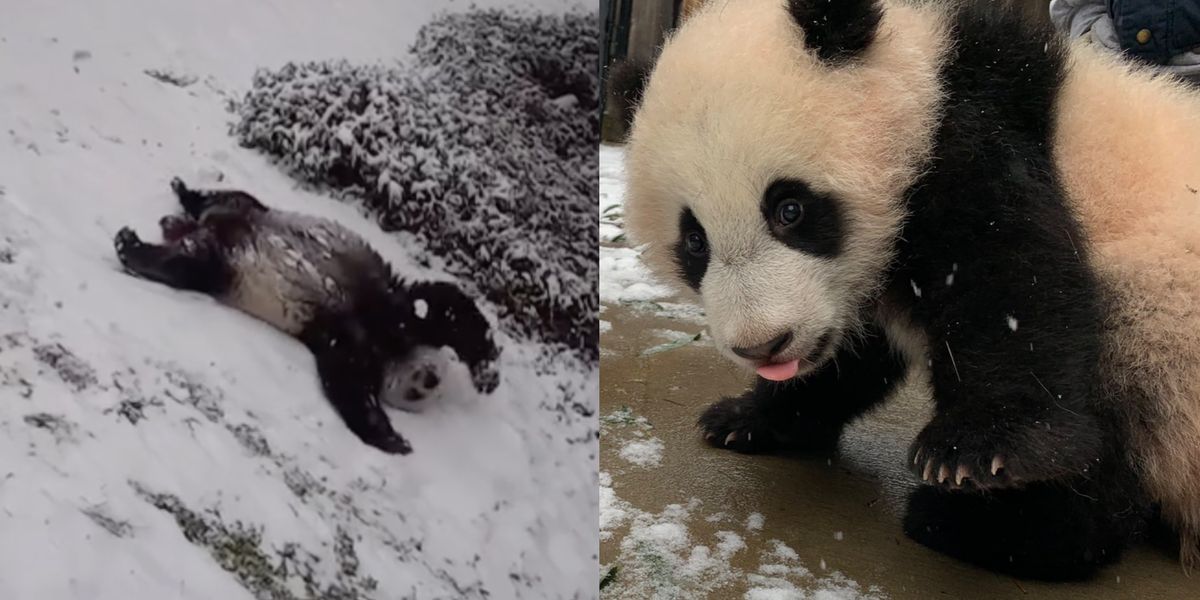 There’s a video on the Internet that’s been getting viral recently. It’s about two enormous pandas that appear to be having a good time in the snow.

They’re known as Mei Xiang and Tian Tian at the Smithsonian’s National Zoo. On the snow, the two of them are unquestionably chilling and having a good time. They appear to be making the most of the snowfall during the weekend.

The good times began on January 31, when the city was blanketed with snow. It made them both happy, and they had a great time “sledding” down a snowy hill.

Giant pandas, on the other hand, are native to a hilly region in central China. They know how to act on a snowy day because the mountains and high-altitude forests were once their native environment.

Mei Xiang and Tian Tian are seen rolling around in the snow in this 51-second video. According to the Smithsonian Magazine, 2.5 inches of snow fell on Sunday evening, which meant one thing for the gigantic pandas: time to frolic in the snow.

The public’s reaction to the video

The video clip gained so much traction on Twitter in the last few days that it now has over 7 million views, 116,000 likes, and 79,000 shares. When reading the comments, it was clear that people thought the pandas’ happiness was contagious.

Some people stated that they understand the pandas’ behavior because they have similar thoughts towards snow. Another person stated that a panda’s pleasure offers delight, pointing out that pandas are similar to humans, except that pandas do not harm our earth.

One of the people who left a remark on the video focused on their natural home. He stated that while he appreciates that they are having a good time, they should not be kept in the zoo indefinitely.

However, pandas were not the only creatures who relished the opportunity to frolic in the snow. Across the zoos, there were several horses and baby elephants who were also having a good time.