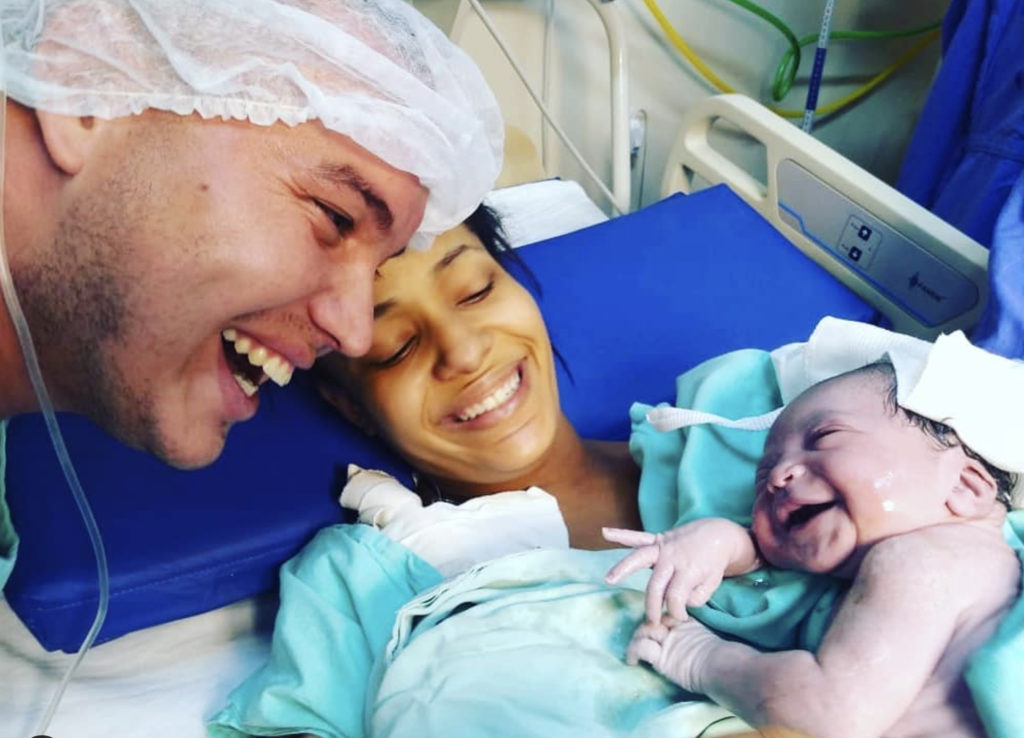 This bond between unborn child and her father is really unbeliveable. Flávio Dantas, of Rio de Janeiro, Brazil, was very excited, because he is going to be father.

Everyday he was talking with his unborn baby with no idea how much his efforts would reward him.

Tarsila Batista, Flávio’s partner claim that every day before she go to work, Flávio will say “I’ll always be there” while stroking her growing belly.

When he would say that, their unborn daughter will start to move and kick. When finally, baby Antonella was born and heard her dad’s voice, she did something unbelievable.

Baby Antonella was sleeping when the medical person handed her to the parents for the first meeting. Flávio came closer to her and again say “Hello” like he did when she was in her mother’s belly. But, this time Antonella responded. She opened her eyes and gave the biggest smile. The way this newborn smiles at her dad is just so heartwarming.

After this experience, Flavio said that this love is “too big to fit inside his chest.”

babies are able to process sounds starting as soon as 16 weeks after conception, by 26 weeks of age, babies will noticeably react to noises from the outside world and are commonly soothed by their parent’s voices.

“It was then that I could be sure what love is” Flavio added.

Antonella was born on August 11th, 2019: Father’s Day in Brazil. So this date for sure will be rememberd by Flávio until the rest of his life.