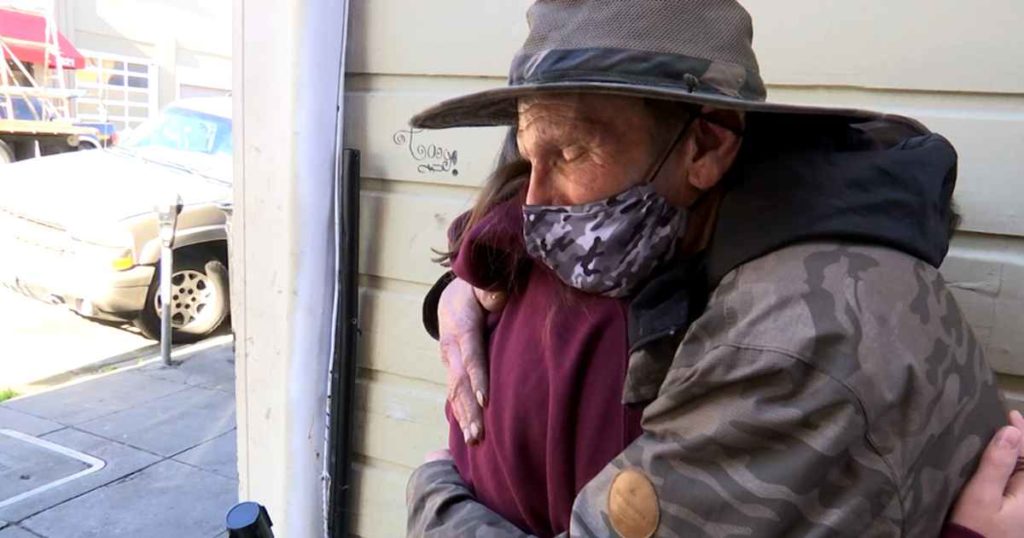 We wear his shadow like an invisible cloak that pulls us down. Our attitude is in a downward spiral and it is difficult to maintain a positive attitude. Given the constant stream of negative events that have happened in the last year, there is always something new that we are blind to because of the shadow that has always been there.

It is an important time to remember that good things happen. The world exists, and people do everything to help the less fortunate, and little girl give their beloved birthday money to strangers in need. An elderly woman named Evelyn Topper reminded everyone of this selfless act.

Evelyn spent the day with her granddaughter Mikayla Gounard, who is now safely at home.

They visited a local cafe and enjoyed drinks, pastries and treats together.

When they got home, Evelyn made the devastating discovery that her wallet was no longer with her. She didn’t care about the cash, but the credit and health insurance cards was in her wallet. The discovery weighed heavily on Evelyn, and the next day she received a surprising call: her wallet had been found.

Enter Sean Curry. A man of little means who has been homeless for the past 5 years. One can only imagine (if even at all) the hardships he’d been through. You might not expect much from people living like Sean as they live a hard life. Yet, one day, Sean stumbled across Evelyn’s wallet in a dumpster. According to Sean, his friend had egged him on to use the cards in the wallet he found. But, the wonderful man chose not to! He started making arrangements to return the wallet to its rightful owner. For all the reasons Sean had to use the cards, his reasons for returning them was that he was raised honestly and that he has a heart.

Evelyn was relieved and happy over the moon, celebrating the return of her wallet and calling it a mitzvah. In Judaism there is a common term for this. It means that a good deed is done without the expectation of a reward or benefit for your good deed. Sean performed a Mazwa in Evelyn’s eyes and when he went out of his way to return the wallet he knew that it was the right thing to do.

This is where the laws of the universe come into play, and we all know that it will be a good deed that leads to another. A true mitzvah is performed without the expectation of a reward. Which brings us to the second chapter of this heartwarming story.

Evelyn’s granddaughter organized a drive-in party for her 12th birthday. As a gift, she was asked to make a donation to a charity, but she couldn’t make up her mind. Needless to say, Sean helped her make her decision.

On their special day, they released their balloons for their birthday. Her friends drove over to shower her with birthday songs, and the couple were robbed of their giggles. Preparations for a birthday drive-in procession.

Mikayla decided to give Sean the money. Thanks to lockdown, Mikayla had to get creative. She had a donation basket with pictures of Sean where they could deposit their donations. The birthday money bought her many gifts, but she decided to give some of it to Sean, who she calls her best friend.

Most people their age would find it hard to part with such money without the thought going through their head. Mikayla, however, was an inspiration for our future. When her birthday money reached several hundred dollars, she gave it to Sean. This left Sean feeling humiliated, both physically and mentally. This was an edifying exchange and a good deed from Evelyn to her daughter and Sean.

And I think it’s good that none of them were expecting it. Remember that they say good things happen to good people, so we should try to do more of that mitzvah.