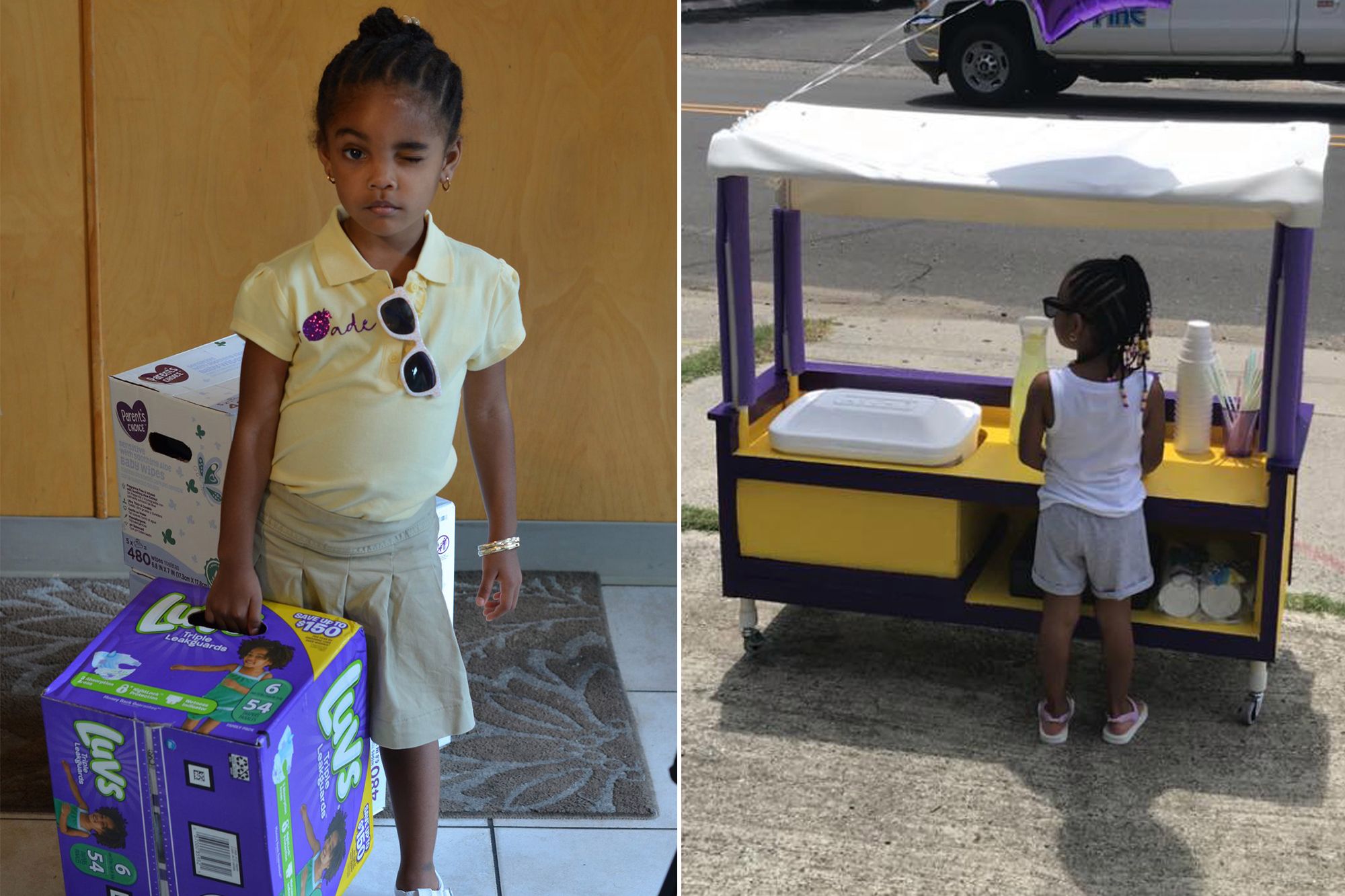 Many children sell lemonade, but this young girl has made her stall a successful business. Best of all, the proceeds of her stand were used to buy baby supplies for mothers who needed them.

Three year old Ava Lewis and her mother Maggie, have been busy since their business exploded in 2019. Ava set up her lemonade stall in Durham outside her mother’s hair salon, Lather & Lounge. From the beginning, people started buying gallons and cups of lemonade.

“I said I was going to retire at 40,” Maggie said. “I guess Ava is going to have me retire sooner than that. People have been popping up even when we close.”

UPDATE: 3-year-old Ava Lewis of Durham reached her goal and sold enough lemonade to buy diapers and wipes for babies in need. This afternoon, she made a special delivery to the mothers at the Durham Rescue Mission. #ABC11 pic.twitter.com/rdfdC8Dhn4

Ava’s lemonade stand even has its own Facebook page listing hours and adorable photographs of the three-year-old business owner. G-d, this place is taboo. People go in and out and we have to close.

In August 2019, the family team succeeded in meeting Ava’s goal of buying baby food. The mother suggested Ava sell bracelets, but the three-year-old insisted on lemonade.

At the Good Samaritan Inn, run by Durham Rescue Mission, they dropped several boxes of nappies and baby wipes. The inn is a transitional facility for women facing challenges. There are about 130 women and children living there every night.

People come up with nicknames for you. Ava learned a charitable nature from her parents, helping to care for the pupils and distributing food for the holidays. “Me and my husband, we’re giving something back to the community,” she said, “we’re donating various things like book bag drives, turkey drives, that sort of thing. We are sowing the seed with memes and think it will make Ava give back when she wants.

In the meantime, the Ava’s business is growing. Peach Lemonade and Raspberry Lemonade are different varieties. “The lemonade baby,” Maggie said. “You really can’t top it unless I come out with some peaches,” Maggie laughed. “Peach lemonade, raspberry lemonade, different kinds.“

You’re the best mom ever 🍋💜🌎 #PicBydaddy

She has a shop in Durham and a restaurant where she wants her drink, Maggie said. It has also received orders from as far away as Atlanta. ‘It will go on for the rest of her life and Ava will decide whether or not she wants to do more. This is a real business, it’s an LLC and it’s legitimate. It’s a business that’s going well here.

An incredible child used a classic lemonade stand to raise money for charity. Despite the pandemic, there was a sign outside a family business in July 2020: raising money for single mothers.

Another incredible kid is using the classic lemonade stand to raise money for charity as well.

The boy is 11 years old and is from Hampton, Virginia.

As a sixth-grader, he wanted to help single mothers struggling with the coronavirus.

Cartier opened his lemonade stand at a busy intersection to help several children in the neighborhood. At one table there was lemonade, crisps and sweets, at another there were nappies and baby wipes for parents to take home. All proceeds from Cartier’s went to baby food for mothers in need.

They succeeded immediately. “We raised $3,000 in the first three days. People started to stop by. We didn’t expect how long it would take,” Stewart said.

People often see the sign and want to donate, she said. Many ask to buy lemonade for a dollar, but they leave with $20. A few days later, Stewart-Cartier bought supplies for a local shelter and church, where a woman heard about the lemonade stand and passed by.

A grateful single mother thanked Cartier knew his efforts had paid off. “I cried when I was there” she said. It made me want to carry on, “he said. “People were crying, they were hugging us and it felt good to know that we were helping people and their families. It filled my heart to help people, “Stewart said.

For others, saving lives means being a hero. For others, it is only once possible to make a difference.