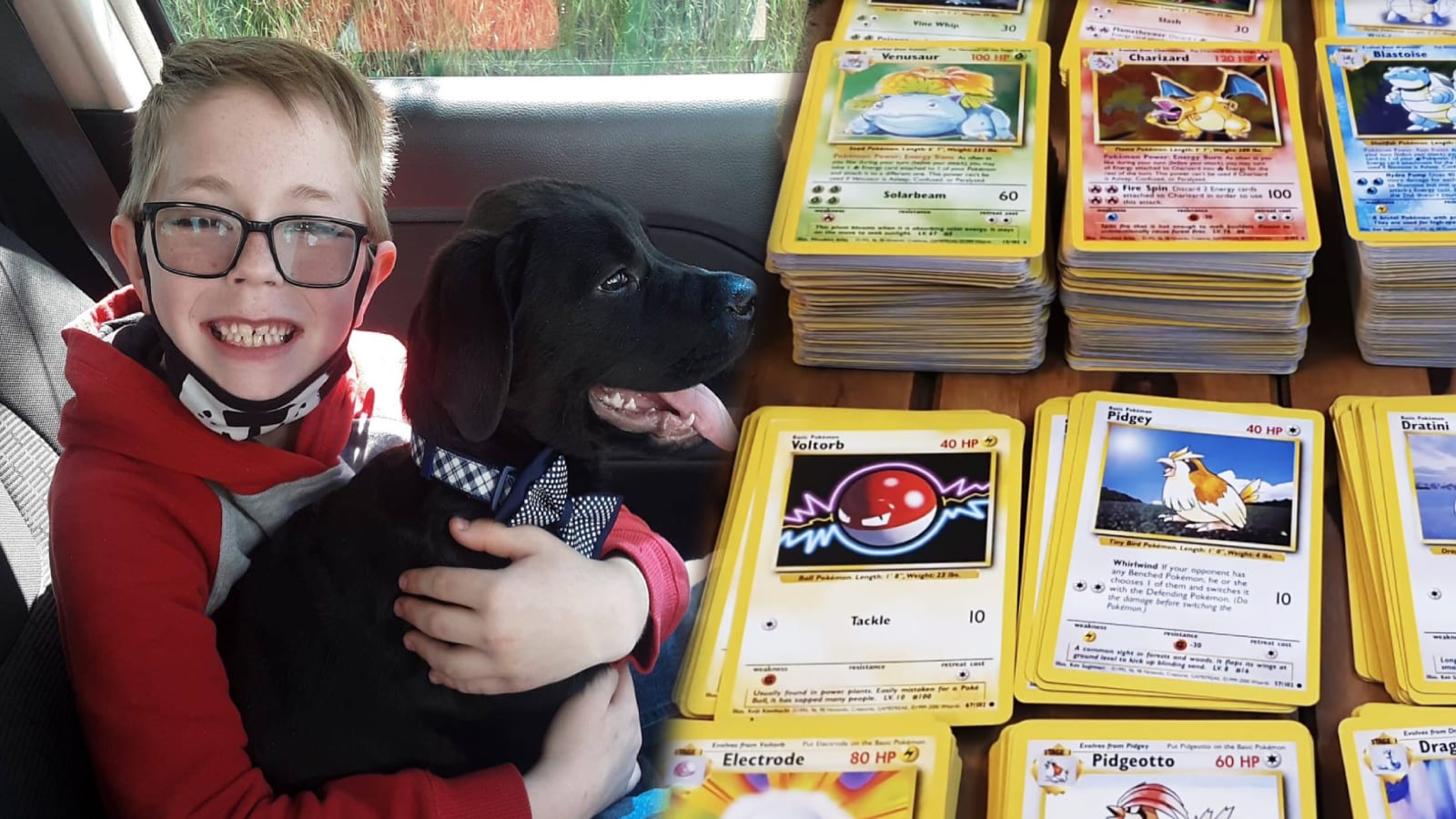 An 8-year-old boy is willing to do anything to save his dog’s life even if it means selling his most valued possession: his Pokemon collection. Bryson Kliemann and his mother Kimberly Woodruff of Lebanon, Virginia, noticed that their dog was not doing well and rushed to the vet. “He didn’t come out of his box, he didn’t eat. He was playful puppy, but he couldn’t move”, Woodruff told ABC News.

After a visit to the local vet, Bruce was diagnosed with parvo, a highly contagious virus that can be fatal if left untreated. The procedures required to treat Bruce would cost $700, which the family could not afford. “It makes me sad that my brother and sister are playing together, and I don’t have anyone to play. “I’d rather play with him”, he told the paper.

Worried that his friend and his playmate would going worse and worse, he decided to take matters into his own hands and sell the Pokemon cards he had collected over the past four years. He set up a table with a large sign reading “Pokemon 4 for sale”. According to the Washington Post, he sold the tickets for five to ten dollars apiece. When Woodruff wasn’t home, he started selling his tickets for Pokemon on May 4th and told ABC that her husband sent her a picture of him sitting next to his handmade sales sign.

He decided to set up a GoFundMe to raise money, a process that received an overwhelming amount of messages and donations from the community. He set out to raise $800, but he earned more than $15,000 from the fundraiser.

On May 10th, Woodruff shared an update for those following her family history revealing that Bruce has received his procedure and is on the mend. “Bruce’s back home with his family. He is doing well and making a great recovery”, she said on the fundraising page.

“Thank you for your continued love and support. Other donations will benefit other families and animals. Bryson would like to thank you all for that”, she added a few days later. I have received a lot of love, support from all over the United States and enough help from other families to reward me.”