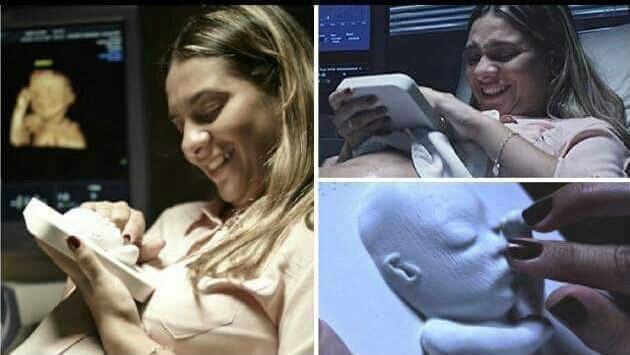 One of the most precious bonding moments for mothers-to-be is when they first see an ultrasound of their unborn child. Unfortunately, many visually impaired mothers are not able to have this experience. But now thanks to 3D ultrasonic printing technology. In 2015 an emotional video by Huggies Brazil posted on YouTube showed the moment a blind mother was allowed to see her unborn son for the first time. Using 3D ultrasound technology, she can now look at her unborn child again.

A mother in Baltimore experienced the joy of seeing her baby in an ultrasound using 3D technology. The video shows the 30-year-old Tatiana Guerra, who is blind since 17, performing an ultrasound. The ultrasound technician begins to describe what she has seen on the screen of her 20-week-old fetus. The 3D ultrasound printed a relief sculpture of her son Murillo’s face. Tatiana strokes her fingers over his face and weeps tears of joy when she sees him for the first time.

Taylor Ellis was born with glaucoma and had little or no vision throughout her life. Her eyesight was strong enough to see her two children, but this time it would be different. When she went for her 20-week ultrasound, she was devastated to discover she no longer had enough vision to even see the photo of her children. Her doctors knew how upset she was so they gave her a special 3D ultrasound of her unborn baby.

Now John Hopkins Hospital is using the technology to print 3D models of baby with spina bifida so surgeons can learn whether or not in utero surgery are needed. For Taylor and her husband Jeremy, 3D ultrasound technology is a dream come true. It is also a way for expectant parents to have a memory of their unborn fetus. Although Jeremy is visually impaired, he was able to see her child for the first time. 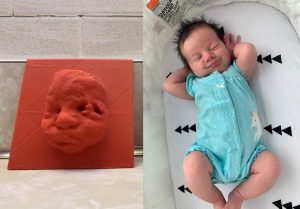 It spread from the US to South Korea and Estonia, where parents paid $1,300 for a figurine. The figures, dubbed ‘strange fetus dolls’ by much of the internet, were only widely viewed when Tatiana’s video appeared online. Since then, the video has been viewed over 1.6 million times, opening the eyes of people to the benefits of the 3D ultrasound technology.