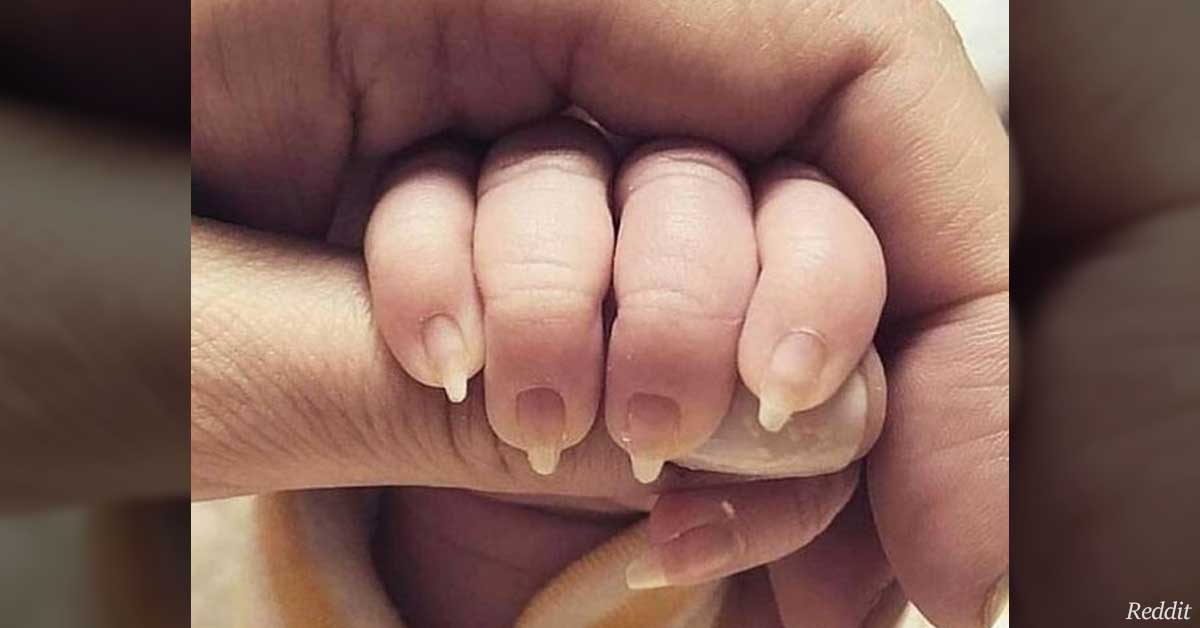 A mother has been criticized by people across the internet after posting a trashy photo of her little baby with her fingernails after undergoing a manicure. The mother shared the image of her baby nails on social media after deforming them to look like claws.

Since the image was posted on Reddit, many outraged parents have expressed their disgust and concern for the welfare and safety of the infants.

Commenting on the photo, one appalled person wrote:

“Would this count as child abuse or endangerment if the child hurt itself with these nails?

A second person commented in agreement:

“That baby could poke its eyes out, terrible parent.”

“WTF? You are supposed to keep a baby’s nails trimmed so they don’t scratch themselves.”

“Poor lil thing is going to scratch themself! Right? This is truly awful.”

The image was widely shared on the subreddit r / Trashy, which has a following of over 2.2 million people. The subreddit is described as a space for trashy stories, trashy glamour and things that are fake, plastic or downright trashy.

What do you think of the appalling behavior of the mothers? Let us know by joining the conversation in the comments below and sharing this article if you find it valuable.