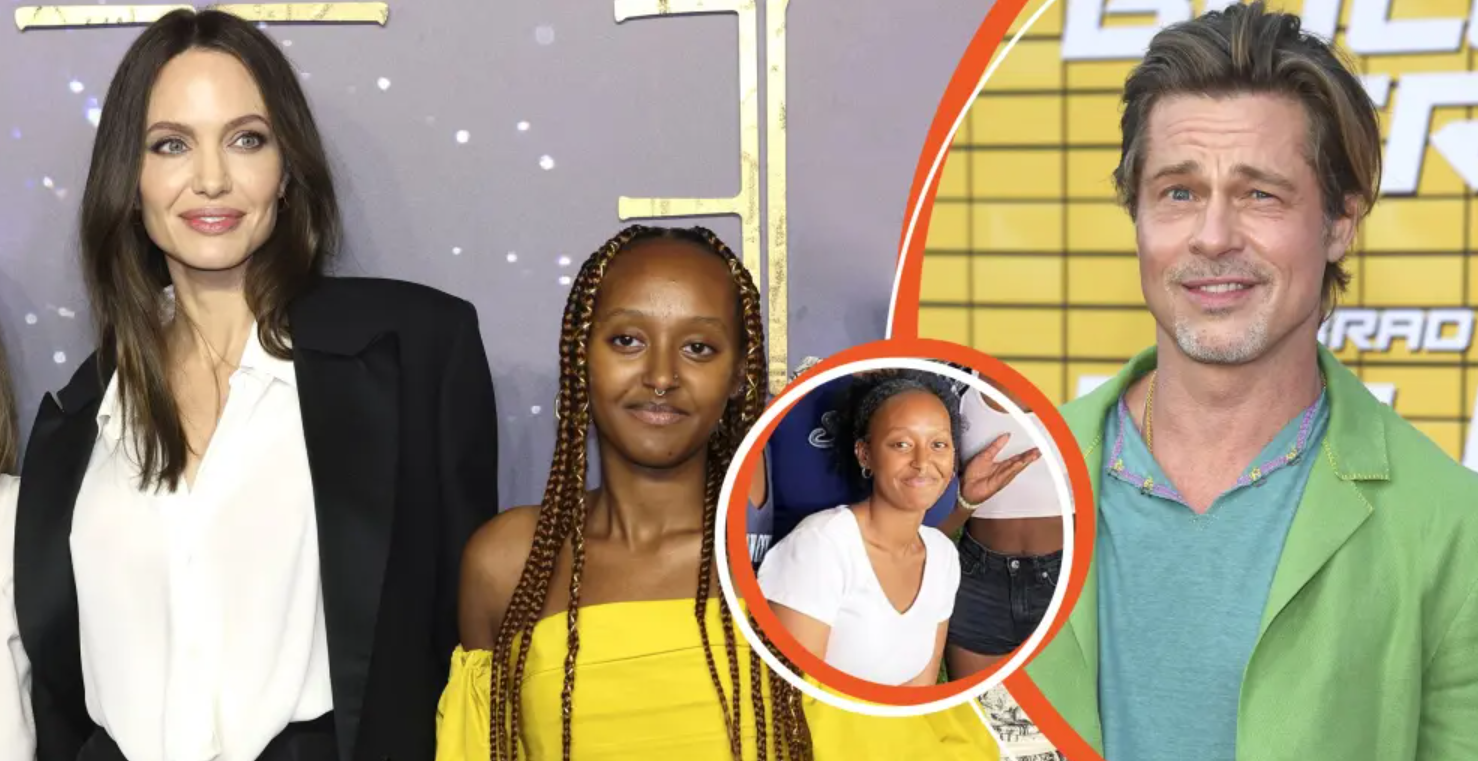 When Angelina Jolie dropped off his daughter Zahara Jolie-Pitt at college, Brad Pitt was nowhere to be found. Brad’s absence sparked a lot of discussion among fans, some of whom blamed Angelina.

Even though Angelina Jolie has achieved fame and notoriety as an actress in well-known films, she is still just a regular mother who is proud of her kids, most recently her daughter Zahara Jolie-Pitt.

The “Wanted” actress posted a rare message on Instagram in July 2022. In the photo, Zahara was pictured half-squatting while posing with other girls, some of whom were wearing Spelman College regalia.

Angelina identified the girls in the pictures with Zahara as her Spelman College “sisters” in the caption of the post. The actress complimented the group on being the college’s first-year class of 2022 and provided this information about the organization:

A family member joining Spelman as a new girl is an honor and a very unique place.

Angelina could be seen performing the electric slide with her daughter and Morehouse College alumni, including those from Spelman, in a different Instagram video that the college posted. The occasion, according to Morehouse, served as a send-off for the incoming first-year students.

Because she attended the occasion and demonstrated some dance skills, Zahara’s mother made headlines. Fans of the actress enjoyed seeing Angelina as a typical parent as her daughter made the move to college.

Another Instagram post after Angelina revealed her daughter was leaving for college showed the mother dropping off Zahara. Darryl Holloman, the college’s vice president for student affairs, posted the position.

The first picture in his thread showed Angelina at Spelman College standing next to what appeared to be another parent. Angelina wore all-black clothing, including a top, slacks, and open-toed shoes.

The celebrity was quizzed about her thoughts on sending Zahara to college in the footage that appeared after she had greeted someone. The “Lara Croft” actress admitted that she was getting choked up and about to cry.

Angelina acknowledged that she would make an effort to contain her tears until the wedding the next day and said she was “eager” to become a Spelman “mom.” The final picture on the slide showed Zahara getting ready for dorm life while standing in a room with her mother and Holloman.

Several admirers voiced their feelings about Angelina in the comment section. The actress, according to one person, was “just a mom trying to hold it together” when she dropped off her daughter at school.

Another person described the actress as “kind and down to Earth.” After congratulating Zahara, the third individual said that Angelina had raised a “wonderful daughter” in a household with many backgrounds.

The fan was referring to Zahara’s siblings, who are of various races. Another admirer of Angelina couldn’t help but gush about how the actress showed up at the university looking like any other person, writing:

“She seems very believable. appearing like a typical exhausted mum. wearing loose-fitting clothes, a simple top, pajamas, no makeup, and a hasty untidy updo. I ❤️ it.”

Someone else said the celebrity had done a “wonderful job” of teaching her kids to “remain connected to their roots.” Another supporter agreed that Zahara going to college was fantastic, but felt that Brad should have have been able to attend the momentous occasion.

The Instagram user thought Angelina had turned her ex-kids husband’s against her. Even though Brad had been there prior to the divorce and undoubtedly paid a significant amount in child support, the fan pointed out that the actress was the only one the public saw with the children.

In an interview with Vanity Fair in August 2022, Brad discussed his opinions on Zahara’s acceptance to Spelman. The “Bullet Train” actor acknowledged his pride in his daughter’s accomplishment and gave the teen high praise, saying:

“She’s really clever. At college, she’ll bloom even more. It’s an exciting and lovely moment for her to follow her interests and create her own path. I’m very pleased”.

Brad was away at the “Bullet Train” premiere in Los Angeles at the time of the interview, while his daughter was getting ready for her next autumn semester in Atlanta. The actor and his ex-wife have six kids together.

Two of his six children would have left the house for college by the fall. In August 2022, Maddox, at 20 years old, was enrolled at Yonsei University in South Korea. Brad acknowledged that it was tough for him to watch his children mature into adults.

The star of “The Lost City” observed how time passed rapidly and how his children were “growing up too soon.” In an early August 2022 interview, the Oscar-winning actor said that the shift caused him to shed “a tear,” referring to one of his other daughters.

Like him and their mother, Angelina Jolie, Brad [Pitt] stated that he wanted his children to make their own decisions about whether they wanted to pursue the arts or the spotlight.

He talked to Brad while he was on the red carpet for “Bullet Train” at the Regency Village Theatre in Los Angeles for Entertainment Tonight. The 16-year-outstanding old’s dancing abilities had garnered national attention in the months prior.

The tearful “World War Z” actor said he was proud of Shiloh before describing the teen as “really beautiful.” Brad stated, referring to each of his children’s aspirations and development:

“I adore it when people carve out their own path, discover what they are passionate about, and succeed.”

The actor smiled as he made a joke about not knowing where Shiloh got her movements from because he had two left feet when discussing her popular dance videos. The celebrity said that he would allow his kids to pursue their interests in whatever way they saw fit.

Like him and their mother, Brad said he wanted them to make their own decisions about whether to pursue the arts or the spotlight. They were hoping to find the roads that lead to happiness, according to Angelina’s ex.