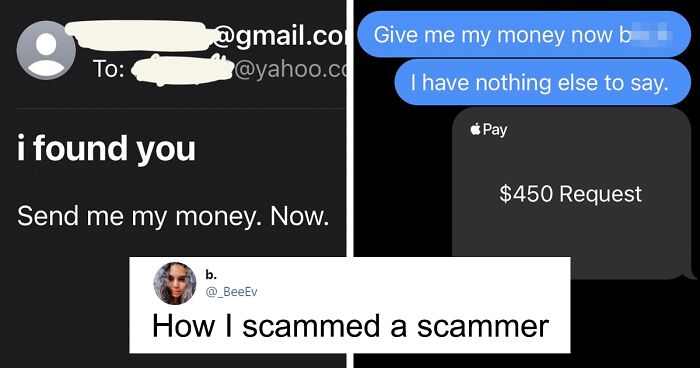 Since its debut, getting your hands on the new PlayStation 5 has been challenging. So, if someone truly desires the console, they must be open to all possibilities.

That’s why artist Brittany Everette went for one that came up on Twitter. At least, that’s what she assumed it was.

“This guy… contacted me and said he was selling his PS5 digital edition, which his fiancée had given him as a present, because it was the incorrect version.” Everette tweeted, “He was also selling it at the usual price.”

The woman was suspicious at first, but he appeared sincere, so she agreed to a 50% deposit and the remaining 50% upon arrival. That’s when she understood she’d been taken advantage of. Prior to this, the woman had never had any personal contacts with fraudsters. So you have to hand it to Brittany for being so quick on her feet despite having no “official” instruction!

“Surprisingly, once I reported the fraud, the authorities haven’t replied,” Brittany said. “The only confirmations I’ve had are that my reports/complaints were submitted.” Brittany still doesn’t have a PS5 despite receiving her money back. She stated, “I’ve tried every restock at Target, Walmart, Amazon, GameStop, Sony, and Best Buy with no success.” “In seconds, bots acquire whole stocks and resell them for over $1,000. I really want one, but it’s starting to feel unattainable (this is me requesting a PS5 digital edition from Sony).”

And she isn’t the only one in this predicament. The PlayStation 5 is one of the most popular electronics in recent years, but its debut has been hampered by scalpers who are snatching up limited supply and jeopardizing the company’s most essential product’s long-term viability.

The launch of a console is intended to start a virtuous cycle in which customers rush to acquire the devices, while developers make games that take use of the improved graphics and CPU capabilities, raising demand on both sides.

“The PlayStation 5 might lose a vital opportunity to go into a nice hardware-software upward cycle,” Morningstar Research’s Kazunori Ito stated. “The platform’s peak will most likely be modest, and the platform’s overall income collected will not be as high as we had planned.”

Brittany, for one, isn’t ashamed of how she got herself into this position, and she doesn’t believe others should be either.

“At the same time, don’t allow the con artists/scammers off the hook!” She went on to say, “Hold them accountable for the horrible manner they’re treating people.”

Brittany is seen to have handled the issue expertly.