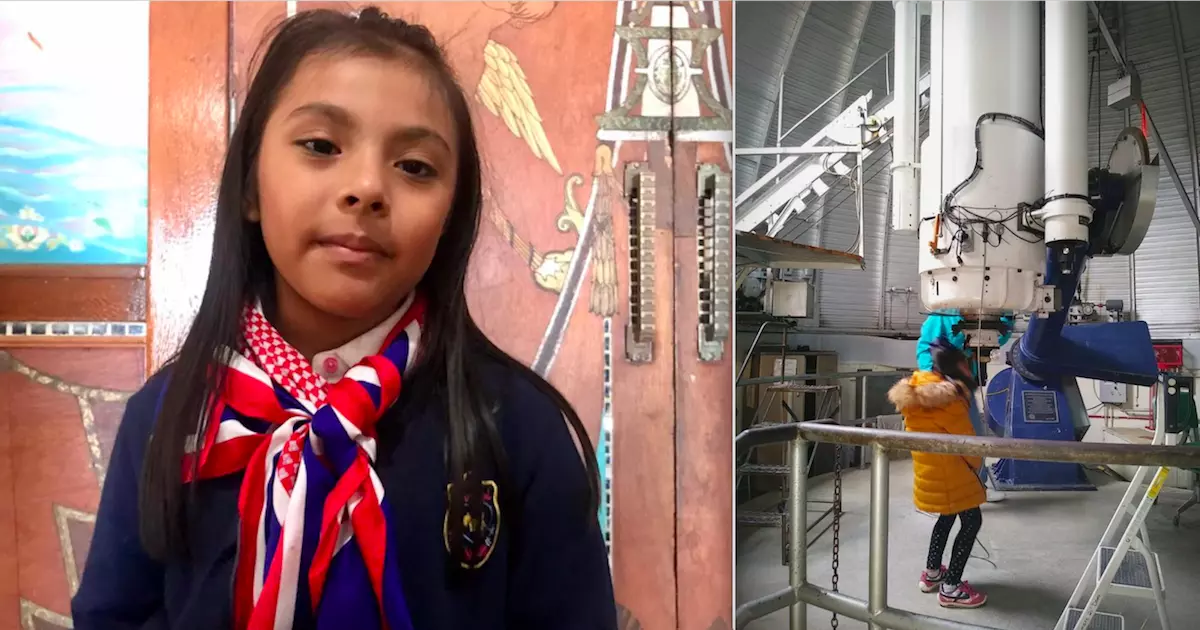 A 9-year-old prodigy who is already enrolled in university told media that she ‘wants to be an astronaut to change the world.’

Adhara Pérez Sánchez, a Mexican student studying systems engineering and mathematics at CNCI, a Mexican university, has been tested and found to have an IQ of 162, which some claim is greater than that of renowned physicist Albert Einstein. She has even been asked to study Space Science at NASA through the Aeronautics Program in Alabama.

The youngster’s brilliance has long been recognized in Mexico, and she was even named “one of the most prominent women in Mexico” by Forbes magazine. Her parents claim she has taken IQ tests since she was a child and has always been interested in physics and mathematics.

Adhara was diagnosed with autism at the age of three, and her parents claim she was bullied because she was different.

She fell into a melancholy as a result of the bullying, which was only alleviated when she was permitted to apply her brilliance to her academics and greater objectives.

She’s even authored a book on overcoming adversity via tenacity.

She said to reporters,

“Never give up, and if you don’t like where you are, start making plans to get to where you want to be!”

Many young geniuses have gone on to do great things, while others have faded into obscurity as a result of their inability to fit in owing to their high intelligence and unique interests. It is desired that Adhara stays focused on her studies and achieves her goals with the help of her family and educational institutions.