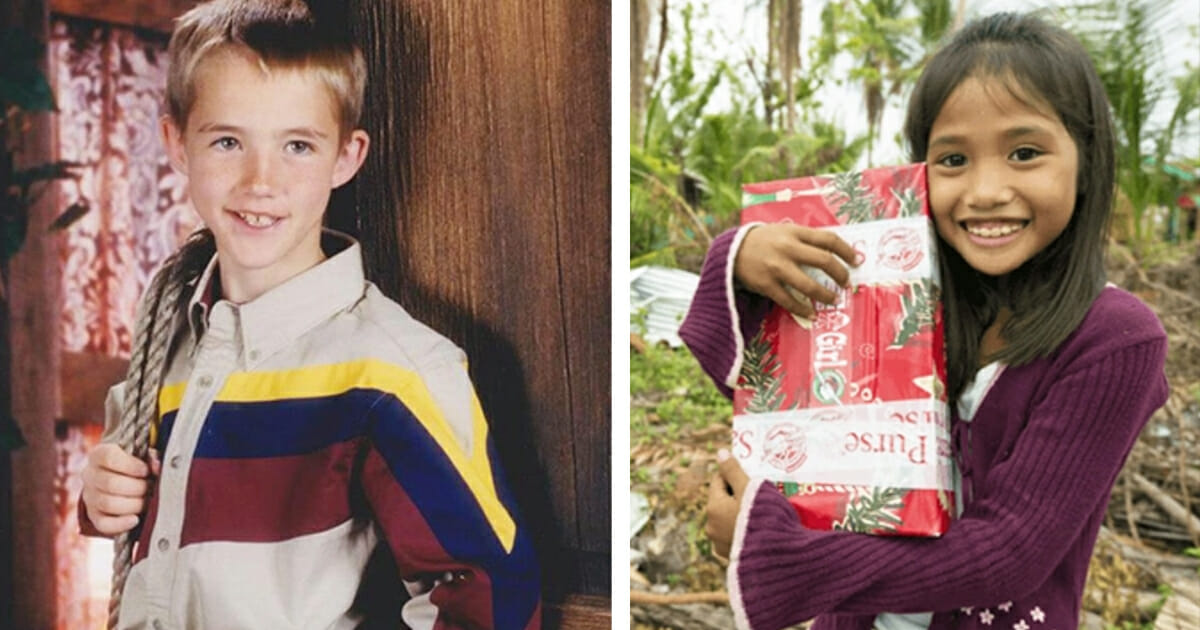 No matter where you stand, the notions of ‘fate’ and ‘destiny’ may be what you have to acknowledge. Many of the stories will make you wonder whether we aren’t all part of something greater than ourselves. The following is a typical example.

The United States is 8,222 miles away from the Philippines, but that doesn’t stop genuine love from blossoming. It’s the case of Idaho’s Tyrel Wolfe and Quezon City’s Joana Marchan…

Tyrel Wolfe took part in an effort put up by worldwide humanitarian organization Samaritan’s Purse when he was just 7 years old, fifteen years ago. He sent a shoebox filled with school materials, toiletries, and small toys to children in other nations as a Christmas gift.

Wolfe had no idea where his particular shoebox would wind up; it was entirely out of his control. However, it ended up with a girl called Joana Marchan from Quezon City, Manila, in the Philippines.

Joana returned the favor by sending Tyrel a thank-you card, but it never made it to him.

Joana, on the other hand, was unfazed. Tyrel remained in the girl’s mind for the following decade. The sender of the box “meant so much to her” that she kept track of him – and she had every intention of properly thanking him.

Joana eventually tracked Tyrel down in 2011 after 14 years of searching. This American received a friend request from the girl over Facebook.

The pair found out to share more than just a few things in common, including a love of Christian music and a firm belief in their faith. They spent the following year exchanging messages on social media until Tyrel decided to visit Joana in the Philippines for a 10-day trip.

The pair knew they were meant to be the moment they saw each other for the first time in real life. Joana stated, “An awesome sensation came over me as I saw his face,” “I was so delighted I sobbed.” “All I knew was Joana was the one,” Tyrel told Samaritan’s Purse.

The American Boy returned to the Philippines soon after to seek Joana for her hand in marriage. The pair was then united in holy marriage on October 5, 2014.

The newlywed couple asked guests at their wedding to pack Christmas boxes for Samaritan’s Purse’s abroad children as a reference to their lovely beginnings.

“Operation Christmas Child is what drew Joana and myself together,” Tyrel explained, “so we wanted to make the initiative a part of our celebration in some way.”