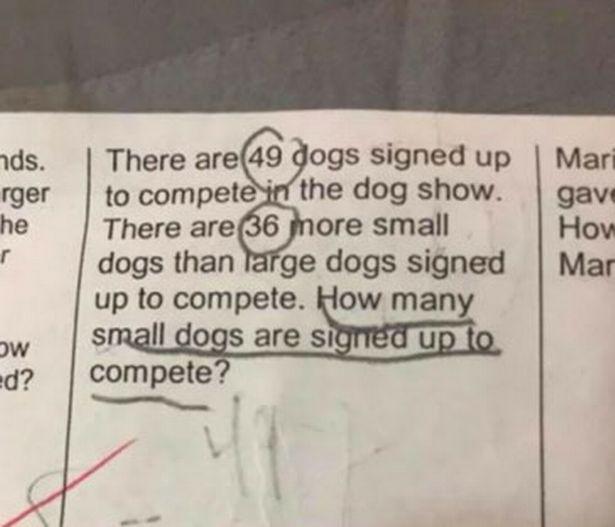 After her 7-year-old requested her to help her solve an arithmetic question, a mother was stumped.

The dilemma, which concerned the number of contestants in a dog show, seemed adorable on paper, but the reality was much different.

The mothers on Facebook were also stumped by the math challenge.

Angie Werner asked members of the Facebook group Breastfeeding Mama Talk Privately if they could help her understand her daughter Ayla’s schoolwork, and they struggled as well.

“There are 49 dogs signed up to compete in the dog show,” the issue stated. The number of tiny dogs competing is 36 greater than the number of large dogs. “How many tiny dogs have registered for the competition?”

Later, Angie told the other mothers that Ayla’s instructor told her that the strange answer was 42.5.

The mother felt she had no choice but to beg Facebook for assistance for her child.

“The district worded it incorrectly,” she added.

“However, if done in an age-appropriate grade, the result would be 42.5.”