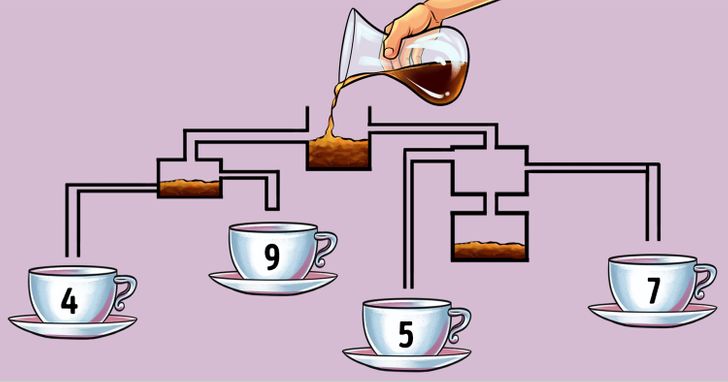 Like any excellent game or puzzle, a clever riddle can sometimes outsmart even the most seasoned among us. One new conundrum is stumping folks on social media for those in need of their daily cup of Joe. 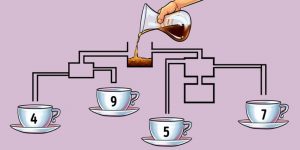 First and foremost, have a look at the artwork. There are four cups, each with a different number on them. Coffee is being poured into tubes that are suspended above the four cups. Which of the cups will be the first to receive the coffee? 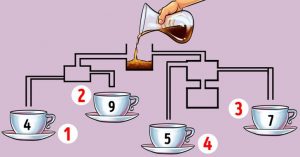 Because the first two cups contain less tubing than the second two, you could believe the order is 4, 9, 7, and 5. Unfortunately, it isn’t the correct response. 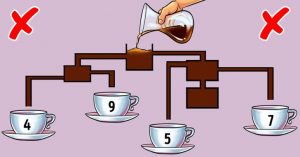 This type of puzzle generally needs some creative thinking. You could assume that the solution is that all of the cups will receive coffee at the same time. That’s close, but it’s not the correct answer. 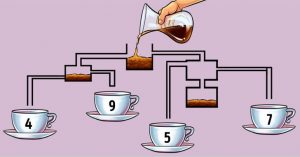 You may also suppose that there isn’t enough coffee, which means that some, if not all, of the cups will go without coffee. You’re warming up, but let’s just say you’re overthinking it. We didn’t say how much coffee was in the pot or whether we had a back-up pot for such an occasion, but presume we did.

Don’t worry, we’ll provide you with the solution… but before…

Bonus: Have another riddle! 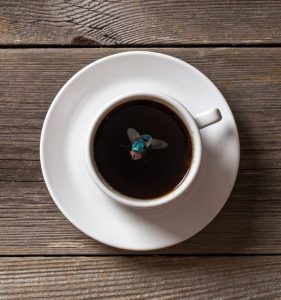 A man entered his favorite eatery. He is served by a new waitress, who requests a basic cup of coffee. When she brings his order to him, he finds a fly in his drink. He returns the call to the waitress and requests a new cup. She returns with a steaming cup of coffee from the kitchen on the opposite side of the building. After a time, the man phones her back and complains that it’s the same cup of coffee as before, but without the fly.
How did the man know the waitress had just gotten rid of the fly? Here’s a hint: the cup was still hot, and the coffee machine was on the other side of the building… out of the man’s sight, so he couldn’t determine by temperature or by what the waitress did.

And here’s the answer for the bonus: If the man had already put sugar in his coffee, it would still taste sweet. If the waitress really replaced the cup, the fresh coffee shouldn’t be sweet.

Are you ready for the answer? 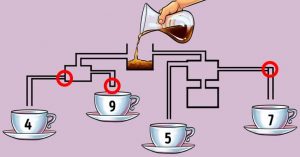 It’s not difficult. Take a careful look at the illustration. The answer is 5… and that’s all there is to it. Because the tubes connecting to the other cups are stopped at some point, none of the other cups will get anything. Because the riddle called for the cups in sequence, it didn’t guarantee that more than one cup would win anything.
What other kind of riddles do you like to employ to put people to the test? Why don’t you tell us about them in the comments?
Advertisement